Whilst Putellas’s Barcelona are not part of the in-game universe, she is the game’s most talented player with a 92 score, because of her involvement with the Spanish National Team.

FIFA 23 – the last in the long-running pairing between football’s leading global body and EA Sports – will be the first to feature women’s club teams from England and France. The latest installment includes full authentic headscanning of all Women’s Super League teams from the top-flight in England and D1 Feminine sides across the Channel. 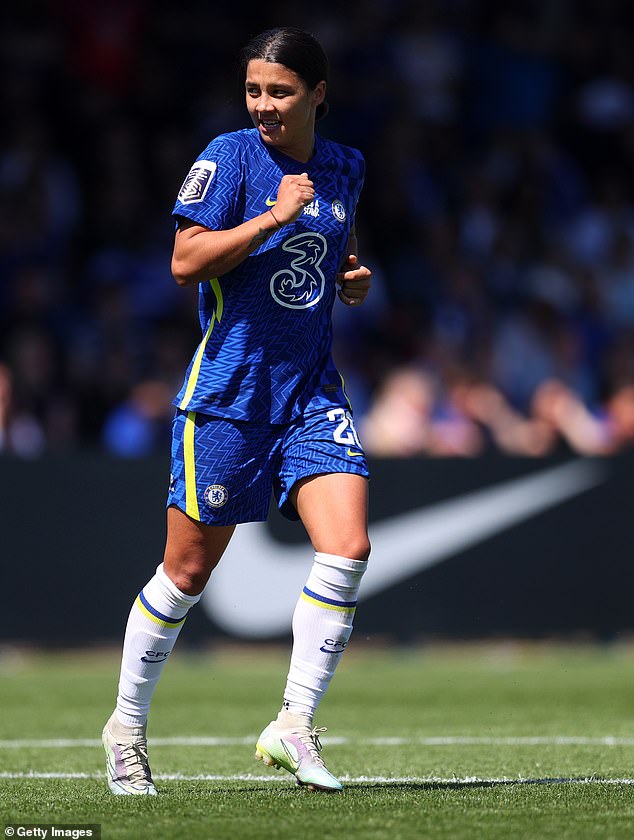 Kerr, who shares the cover with PSG Men’s Kylian Mbappe, is just behind the 28-year-old with a rating of 91, making the Chelsea goalscorer the best player in the WSL.

Also on 91 is Olympique Lyonnais duo Wendie Renard and Ada Hegerberg, ahead of four players on 90, including America’s Alex Morgan, and England’s Lucy Bronze.

However, there are a number of surprise omissions from the top 25. There is no room for Lionesses hero Keira Walsh, who Barcelona recently signed for £400,000, breaking the world transfer record for a female player.

Pernille Harder, the previous holder of that record, is also just outside the top 25, with a rating of 87 placing her alongside Man City’s Lauren Hemp and Chelsea teammate Millie Bright.

The official WSL Twitter account posted a graphic which showed the top players in the league, with Kerr ahead of Arsenal trio Vivianne Miedema, Beth Mead and captain Kim Little. 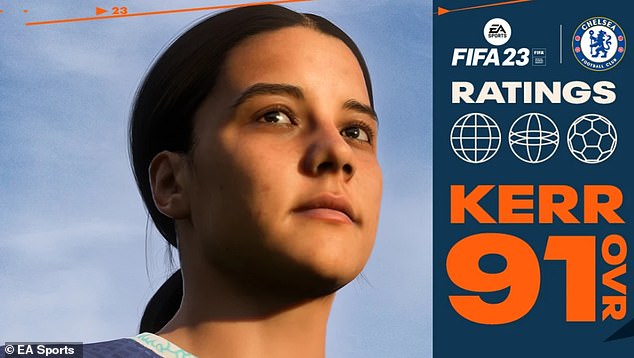 Australian Kerr is one of three players on 91, alongside Wendie Renard and Ada Hegerberg

Chelsea make up half the top ten, with Fran Kirby and Guro Reiten joining Kerr, Bright and Harder in the list. Four Arsenal players are listed, including their goalkeeper Manuela Zinsberger.

Other highlighted players included Aston Villa’s striker Alisha Lehmann and Man City’s Chloe Kelly, who are both on 82, and Leicester’s Abbie McManus on 77.

Updates to the game include HyperMotion2 animation, which is set to make female players move more realistically than they have done previously in the FIFA universe.

A post-launch update to the game will include the FIFA Women’s World Cup 2023, which takes place next July and August in Australia and New Zealand. Other updates are expected in the coming months.

FIFA 23 is released globally on September 30, for the PlayStation 5, Xbox Series X|S, PC, Stadia, PS4, and Xbox One. 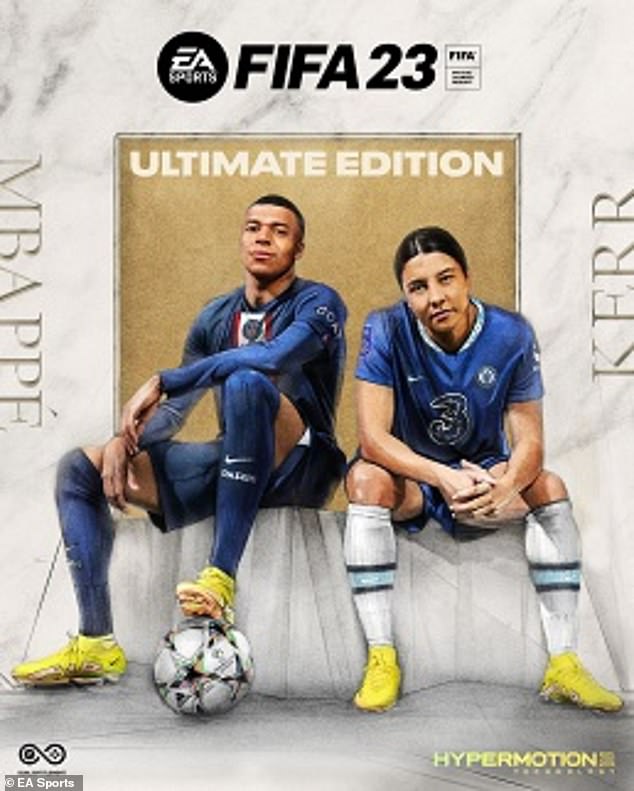