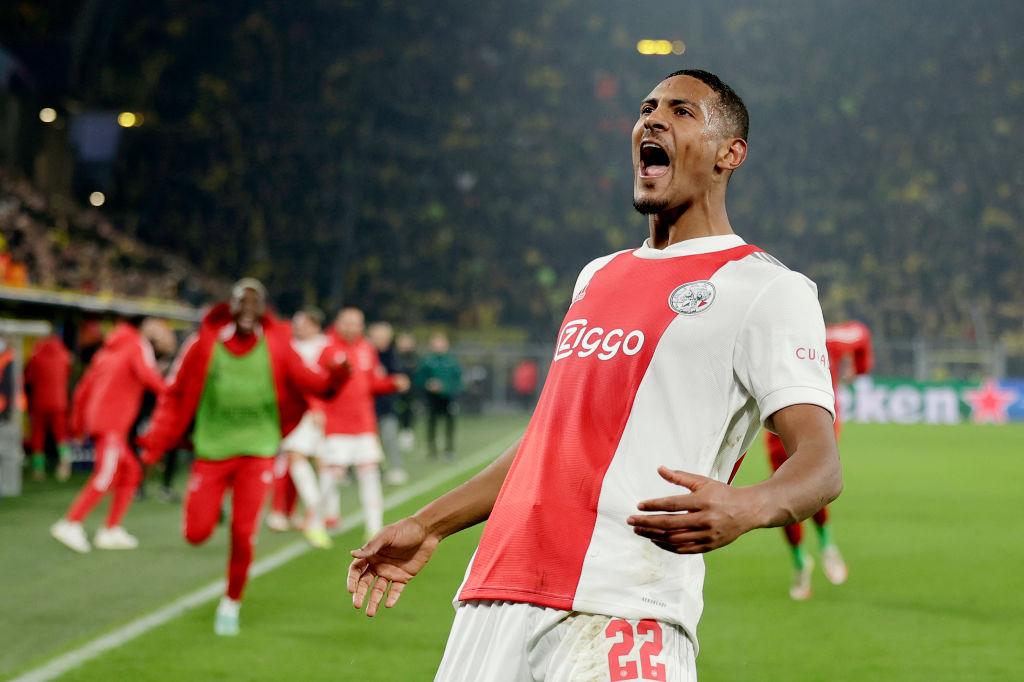 Sebastien Haller says he is unlikely to join Erik ten Hag at Manchester United this summer.

Ten Hag will arrive at Old Trafford at the end of the season and is expected to oversee major changes with United lurching towards the end of their worst ever Premier League campaign.

A number of Ajax players have been tipped to join the Dutchman in making the move to Manchester with Antony and Jurrien Timber strongly linked.

Former West Ham striker Haller is also said to be on the club’s radar, deemed as a cheaper alternative to Harry Kane with United in desperate need of reinforcements up front this summer.

But while he has confirmed interest from other clubs, Haller has suggested United are not among them.

‘Of course, there is interest from clubs. But I always say: interest is something different than an offer and a transfer is something else,’ he told NOS.

Pushed on the possibility of following ten Hag to United, he added: ‘No I won’t follow him. I feel good here at the club and in the city.’

Haller has scored 33 goals in 40 appearances for Ajax this season, including eight in the Champions League.

The Ivory Coast international moved to Amsterdam in January 2021 after struggling at West Ham, with David Moyes having preferred Michail Antonio over the club’s £45million record signing.

After mainly warming the bench and netting just 14 goals in 54 appearances for the Hammers he was sold to Ajax for just £18.8m – a massive loss on the fee they had paid just 18 months earlier.