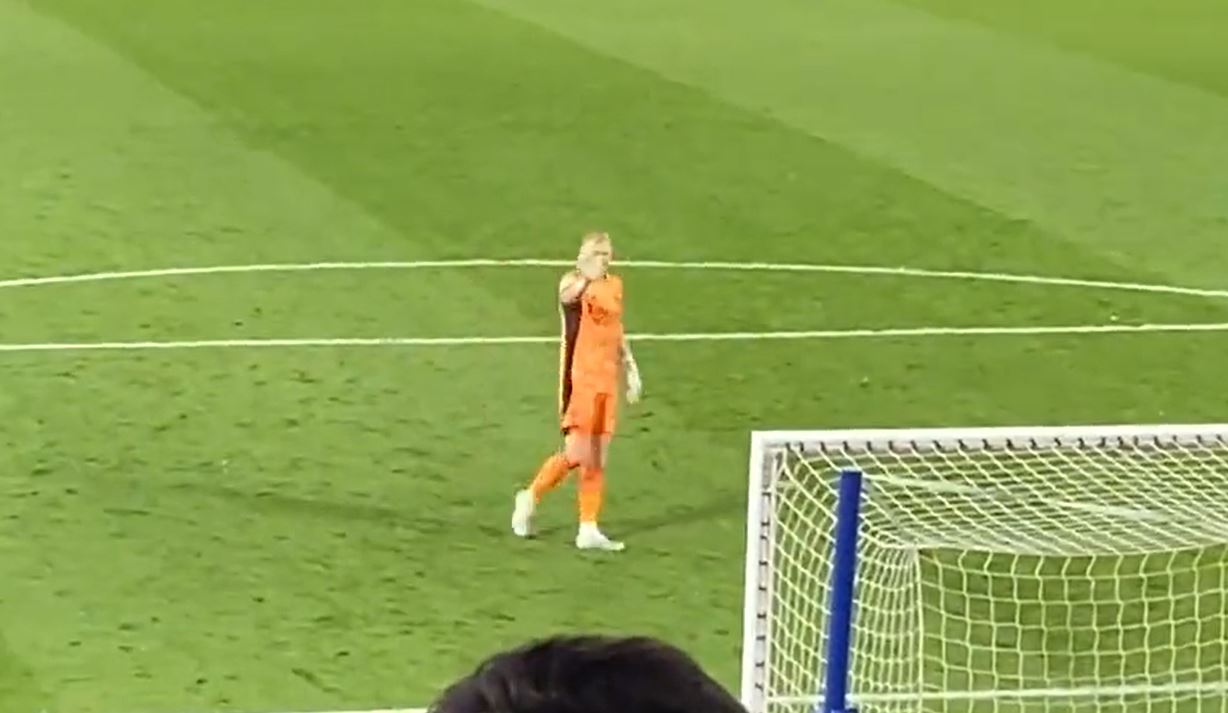 Mikel Arteta’s side gave themselves a major boost to their hopes of securing a top-four finish in the Premier League with their victory at Stamford Bridge.

Nketiah then scored his second of the game after capitalising on a poor piece of defending from Chelsea, while Bukayo Saka sealed Arsenal’s win late on by converting a penalty after he was fouled by Azpilicueta.

Ramsdale, meanwhile, is well known for winding up opposition supporters during games and the Arsenal goalkeeper did the same thing to Chelsea fans after Saka scored Arsenal’s fourth.

While Arsenal’s players were celebrating at the other end of the pitch, Ramsdale turned and began waving at Chelsea’s supporters, who quickly directed their fury towards the 23-year-old.

Ramsdale is a wallad btw pic.twitter.com/BgMZtNy2yt

Speaking earlier this season after he was caught winding up Leicester City supporters, Ramsdale claimed he used the anger from opposition fans as motivation.

‘It raises my concentration levels. If I’m giving a bit to them and I make a mistake I know I’m going to get absolutely slaughtered.

‘I can’t let anything in if I’m giving them a bit of banter.’