Alfie Barbeary’s wild-eyed euphoria told the tale about how momentous this was, as weakened Wasps survived a late siege on their own line on Monday to end Leicester’s epic winning run.

The Tigers had beaten all-comers until they ran into an ambush in this thunderous Midlands derby. Steve Borthwick’s side were on the hunt for a 16th successive victory this season — a 12th in the Premiership — but this time they ran out of lives.

When Barbeary won a breakdown penalty under his own posts four minutes from time, the visitors’ last chance was snuffed out. 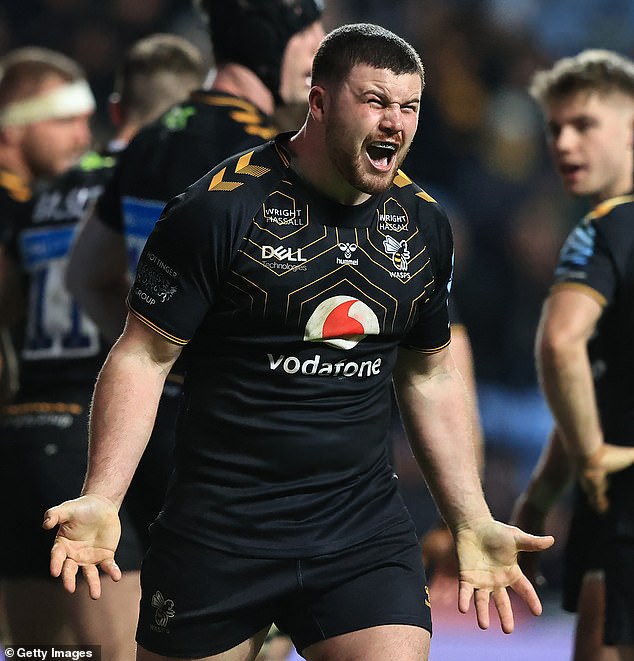 Wasps’ explosive back-rower enhanced his England prospects with a man-of-the-match performance and he savoured a backs-to-the-wall result.

Once the hosts had finished their weary but jubilant lap of honour, Barbeary was the last one to head down the tunnel, resplendent in his medal.

Lee Blackett — Wasps’ director of rugby — also celebrated with gusto at the final whistle after his side clung on for a win which lifts them to eighth place in the table.

His response was understandable given they went into the match without 15 leading men and still found a way to defy the runaway leaders. 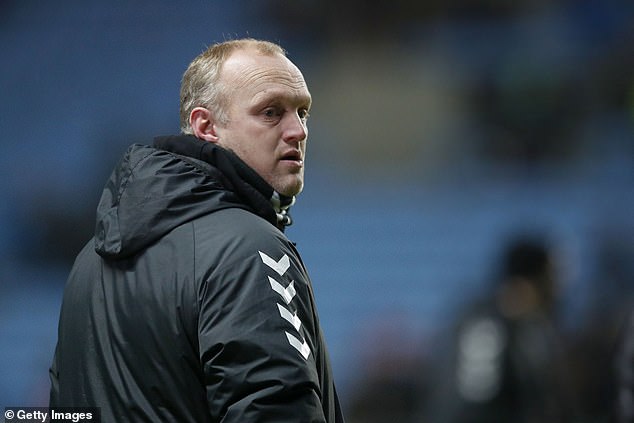 ‘I don’t think you should be in the game if you don’t like moments like that,’ he said. ‘We’re not getting carried away, but they came here undefeated and they’re our near neighbours these days. I was emotional because a lot went against us, especially if you look at scrum time, how much pressure we were under. But we kept fighting.

‘We were really patient in what we did. There were mistakes and it wasn’t pretty, but that’s what you have to do to win against Leicester.’

It certainly wasn’t pretty, but it was effective. This shock was founded on sheer tenacity and commitment. Wasps simply would not lie down. It was also was a triumph for their former England defence coach John Mitchell.

He would have taken a huge amount of satisfaction from the way they resisted as the Tigers swarmed forward in the closing stages. 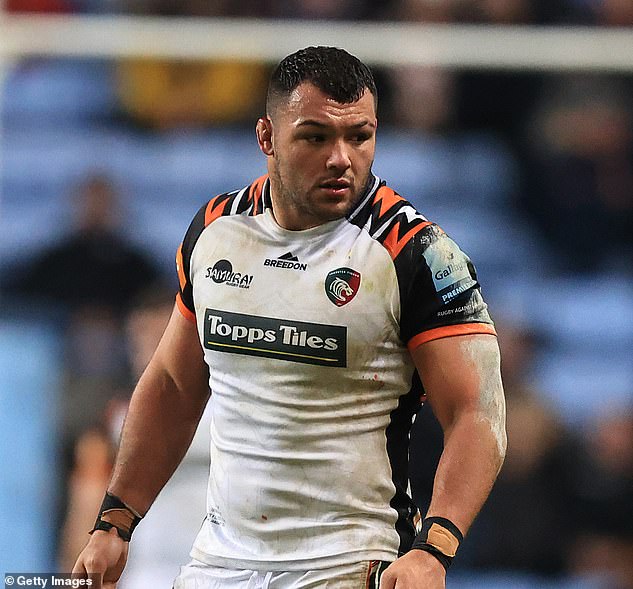 Wasps earned an early penalty try and Leicester responded with two George Ford penalties followed by a Julian Montoya try in the 33rd minute. From then on, Blackett’s men delivered a stirring lock-out.

The Tigers — whose captain Ellis Genge was sin-binned before the break for shoving Francois Hougaard in the face and pulling his hair — lost their discipline and three penalties by Jimmy Gopperth after half-time turned the tide.

Ford was honest enough to accept defeat as a fair outcome. ‘We’re disappointed, obviously,’ he said. ‘We’d have been naive to think something like this wasn’t going to happen.

‘Wasps were very efficient in how they got out of their half and we gave penalties away which gave them field position. 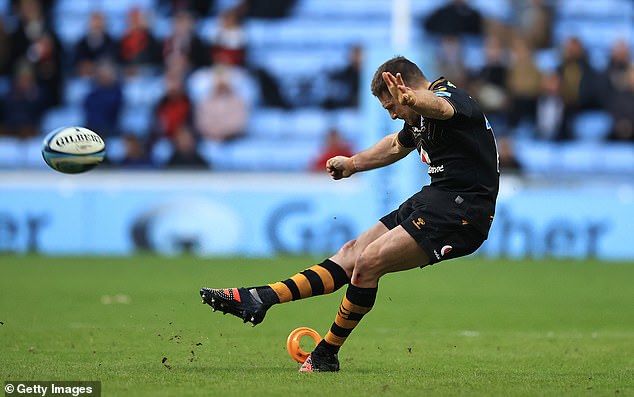 ‘At the back end of the second half, we gave them opportunities to keep the scoreboard ticking over. They challenged us very well and we were indisciplined at the breakdown.

‘We are proud of the run we’ve been on. We have won games in different ways. We’ve won games at the death and by the skin of our teeth, which could have gone the other way as well. And we’ve played really well and won some games comfortably. Each game has been different but we weren’t quite good enough to do it here.’

Leicester will lick their wounds and go into a fortnight of European fixtures knowing that their title challenge remains firmly on track. They are still eight points ahead of second-placed Saracens, but Wasps have shown they are beatable.

No wonder it meant so much to Barbeary, Blackett and all of them.