Wallabies star Samu Kerevi's mission to save the family name

‘It was like a movie with bank robberies and assaults’: Wallabies star Samu Kerevi opens up on his mission to save the family name after fleeing a life of crime in Fiji at the age of seven

When Samu Kerevi arrived in Brisbane as a seven-year-old, his first priority was survival.

He was granted an asylum visa by the government and a local charity supplied him with clean clothes.

The journey was dangerous. He fled a life of crime in Fiji — via a coup d’etat in the Solomon Islands — after his cousins and uncles were sent to prison for a bank robbery. 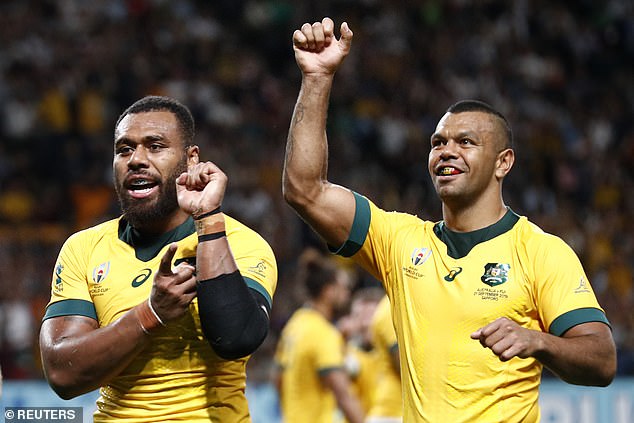 When Samu Kerevi (left) arrived in Brisbane as a seven-year-old, his first priority was survival 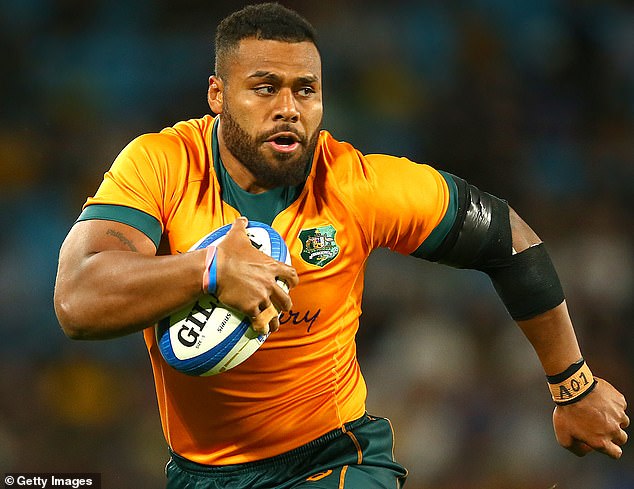 Now, 21 years later, he is on a mission to write a more positive chapter in the family story.

‘I had a tough upbringing,’ says Australia’s star centre. ‘My mum had us pre-wedlock, young, 19 or 20. It was a difficult situation in terms of my father’s family.

‘They weren’t in the best area and there was a lot of crime. A lot of my older cousins are in jail. My uncles have been in jail for 15-plus years.

‘They’re all out now and they’ve changed their lives. I’ve got a cousin who has just come out from a 14-year stint and I want to be there when he comes home.

‘They tell me about the things that used to go on. I couldn’t believe it. It’s like things out of a movie. Bank robberies, assaults… 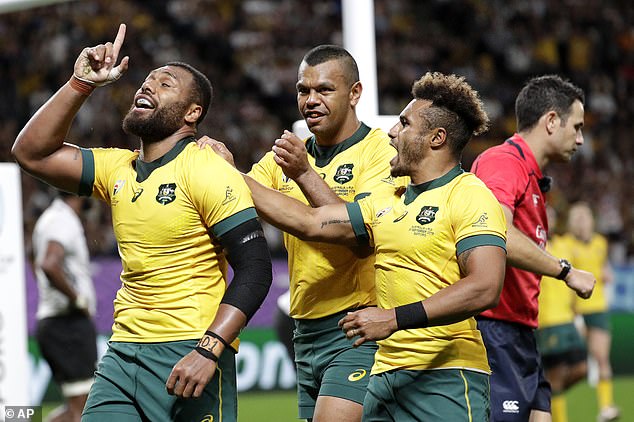 Now, 21 years later, he is on a mission to write a more positive chapter in the family story

‘My grandmother’s sister’s family brought me up. My grandfather worked for the Commonwealth and he was posted in the Solomon Islands. My family couldn’t support me and my two brothers.

‘My mother gave me up knowing I would lose a lot of time with my brothers. The coup happened in 1999 or 2000 so we had to flee the Solomon Islands. A military cargo plane picked us up.

‘We were actually on the way to New Zealand but the plane stopped in Australia, I got a bridging visa for asylum seekers and we ended up staying.

‘They had everything waiting, clothes through the Salvation Army. That was when I was six. I didn’t know what was going on. I couldn’t speak English.

‘Now, it’s a special bond. Queensland is my home. To be able to play for Wallabies is my way of giving back to a country that gave so much to me.’

Two years ago, Kerevi signed a big-money contract in Japan. It reunited him with his two brothers, Josua and Jone, who also made it as rugby players in Asia.

On the pitch, Kerevi’s playing style is a reflection of his life: hard, physical and uncompromising. 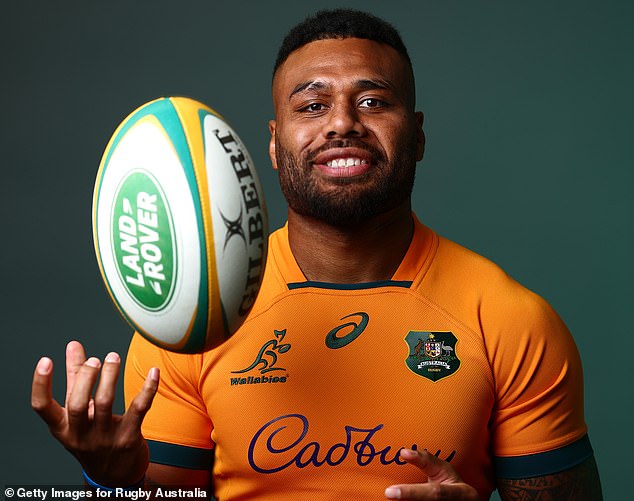 Kerevi’s playing style on the pitch is a reflection of his life: hard, physical and uncompromising

His strength proved too much for England in the first Test, but he knocked down claims that he is now the world’s best centre.

‘I don’t think I’m one of the best 12s at the moment,’ he says. ‘I still give it to Damian de Allende. David Havili has an awesome skillset.

‘Owen Farrell has played 10 but when he shifts to 12 he brings that physicality. I want to grow my game towards his skillset of passing and ball playing.’

This Saturday, back where it all began in Brisbane, he is plotting another victory to seal the series. There is no shortage of motivation.

That troubled childhood may now be history but it is never far from his thoughts. His cousins and uncles have reformed and, through rugby, Kerevi is determined to save the family name.

‘Talking to my uncles who have been in jail and changed their lives, it’s special,’ he says. 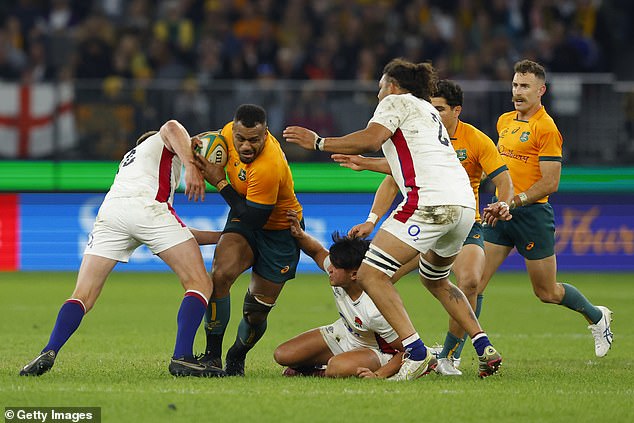 ‘As a Fijian, your family name is important. Our name on my father’s side wasn’t good.

‘Fiji is different because you take your middle name when you get married. Though they all had different surnames, everyone knew them as Kerevi and that name wasn’t positive.

‘I go home now and my uncles would sit me down and say how thankful they are to me and my brothers who have changed that family name. The biggest part I take from playing footy is being able to tie in that name with something positive.

‘I understand the hardships my family went through. Giving back, through positivity, financially or just being there in Fiji fills a hole in my heart.

‘We’re a big Christian family and God’s been the centre of our lives. He’s come in and changed that. I don’t rest on being a footy player, I want to be a good human before anything else.’