Spain have been ejected from next year’s World Cup after being found guilty of fielding an ineligible player – whose passport was allegedly forged so that he could be selected on residency grounds.

South Africa-born prop Gavin van den Berg made two appearances against the Netherlands during the qualifying campaign, which concluded with Spain earning a place at the 2023 global showpiece as runners-up in the Rugby Europe Championship.

Victory over neighbours Portugal clinched what would have been their first participation in a World Cup for 24 years. 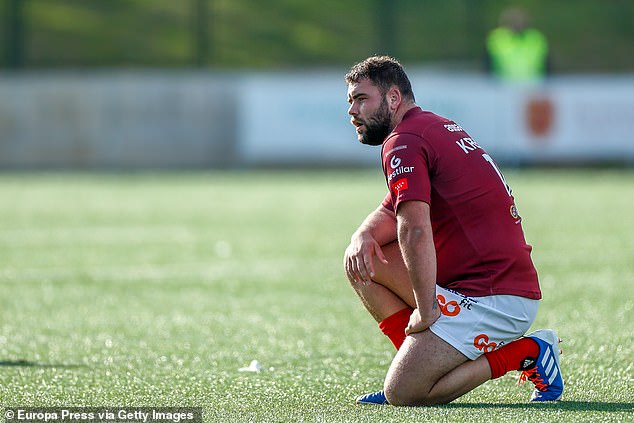 However, concerns over Van den Berg’s eligibility were raised by the Romanian rugby federation, who were apparently alerted to a potential breach of regulations by the player’s social media posts.

Qualification on residency relies on spending at least 10 months of the year, for three consecutive years, in the adopted country, but it emerged that Van den Berg – who had initially been cleared to play for Spain – had not satisfied the criteria after all.

The up-shot of this dramatic turn of events is that Spain have been thrown out of the World Cup and their place will be taken by Romania whose head coach, Andy Robinson, was previously in charge of England and Scotland. 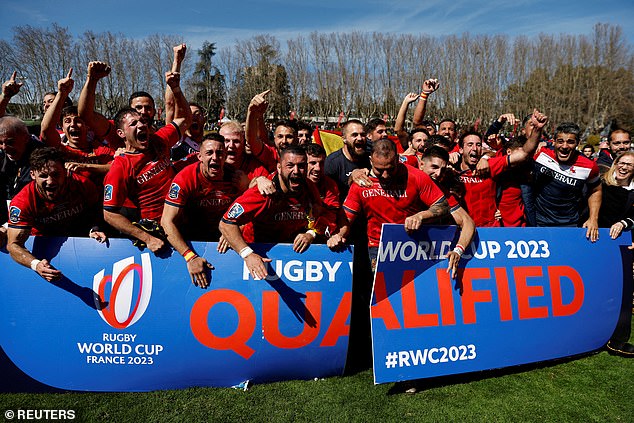 Victory over Portugal saw them qualify for the showpiece, but they have now been punished

Portugal will now take Romania’s vacated place in the final qualifying event for the 2023 tournament in France.

A statement from the devastated Spanish federation read: ‘After the hearing with the independent judicial committee, the highest body in world rugby has decided to penalise Spain with a £25,000 fine and deduct five points for each of the two games in which this player lined out. This decision means disqualification from the 2023 World Cup.

‘As this very harsh sanction occurs as a result of an alleged forgery of the aforementioned player’s passport, the Spanish Rugby Federation (FER) continues with the extraordinary disciplinary procedure initiated at the time and will shortly call a press conference to offer all the explanations that are required.’

History has repeated itself for the Spaniards, who missed out on a place at the 2019 World Cup after being penalised for fielding an ineligible player. The same fate befell Romania and Belgium, which meant Russia were able to qualify and went on to play hosts Japan in the opening pool fixture. 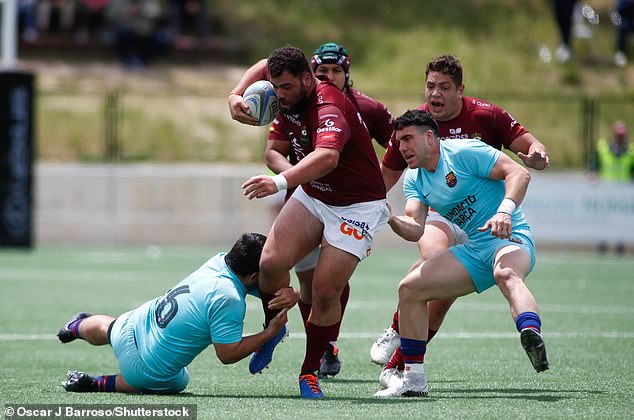 Meanwhile, England forward and recent stand-in captain Courtney Lawes has made a shock, early return to the Northampton side for Friday’s pivotal Premiership encounter with Harlequins at Franklin’s Gardens.

Lawes was considered in danger of missing the end-of-season Test tour of Australia after dislocating a thumb, but he will start for Saints as they seek the victory that would keep them in the play-off zone ahead of Exeter and Gloucester.

Sale have the Curry brothers – Ben and Tom – back for their game against Newcastle in Salford, as Alex Sanderson’s side seek to retain a faint hope of snatching a top-four place, before they head to Paris to take on mighty Racing 92 in the quarter-finals of the Heineken European Champions Cup.

Manu Tuilagi is rested from Sale’s match-day squad ahead of that momentous fixture in the French capital.