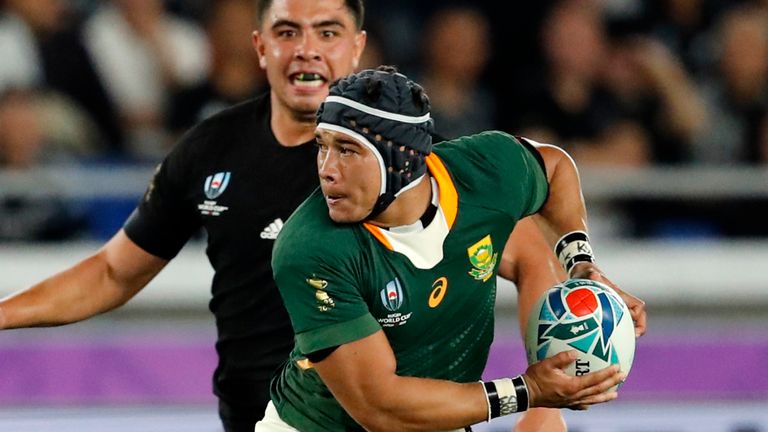 World champions South Africa will return to the Rugby Championship this year.

The Springboks will host two matches against Argentina with the remaining 10 matches split evenly between Australia and New Zealand.

The 2020 tournament was played entirely in Australia and renamed the Tri-Nations after South Africa pulled out due to the Covid-19 pandemic.

“We simply cannot play matches in Argentina at present due to the impact of the pandemic,” said SANZAAR chief Brendan Morris.

“Nonetheless, the exciting news is that we do welcome back South Africa to the Rugby Championship after a difficult 2020 when the pandemic made it impossible for them to participate.

“As last year, the Pumas will play all their matches away from home and we thank them once again for their understanding in this regard.”

Argentina mounted a remarkable campaign last year, coming out of lockdown and quarantine to beat the All Blacks for the first time and drawing twice with the Wallabies.

The tournament opens on August 14 with the Springboks, who will be battle-hardened after their series against the British and Irish Lions, taking on Argentina in South Africa.

Australia will play three Tests against New Zealand in August, beginning with a match outside the Rugby Championship at Eden Park on August 7 to open the Bledisloe Cup.

They then face off in Perth and Wellington on August 21 and 28 respectively as part of the tournament.