The last time Manu Tuilagi found himself in an international dressing room was for Joseph Parker’s heavyweight title fight in Manchester. Moving from one land of giants to another, he observed the ringwork that goes in before a bruising right hook. He watched Joe Joyce land the knockout blow in the 11th round and stood by Parker’s side as his eye turned a shade of purple.

At Twickenham on Sunday, Tuilagi will be back in more familiar surroundings. Almost a year since his last appearance, he will return to international action to head up the heavyweight division of English rugby. The centre will line up alongside Billy Vunipola and Joe Cokanasiga as England look to deliver their own take on the sweet science.

‘It was brilliant to see Parker in the changing room,’ Tuilagi told The Mail on Sunday. ‘Parker’s a legend for Samoa and you could see he had been in a proper fight. Those guys are warriors. He likes his rugby and I like my boxing. The heavyweight level is so powerful but it’s still about speed of thought and movement. That’s what I like about boxing. They’re big boys but move fast. 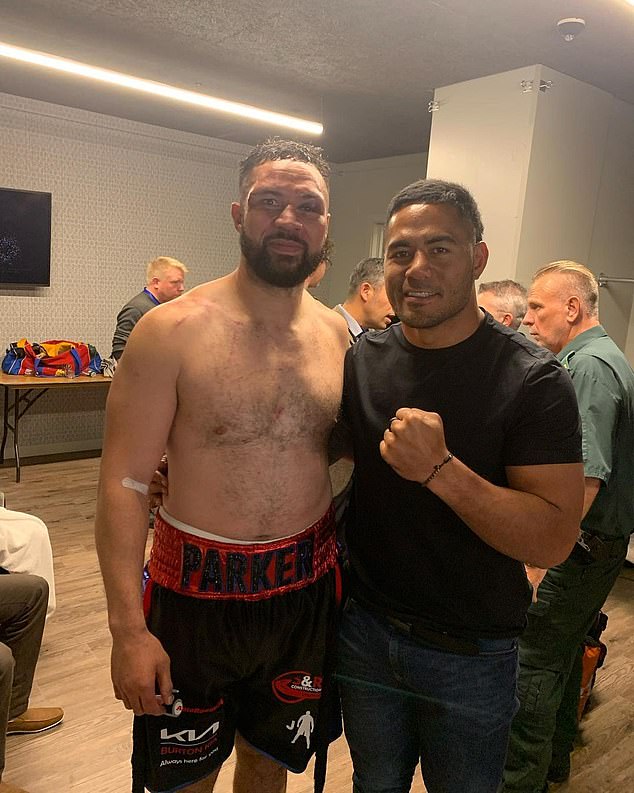 ‘People go to see fireworks and big shots but there’s a lot more to it. I enjoy the tactical side. Sometimes you can look at rugby like boxing; two teams feeling each other out in the first 10 or 15 minutes. You have to pick your shots. It’s not just about the big hit; it’s the two, three or 10 minutes before that. It’s about everything leading up to the moment when you can make a tackle or a carry.

‘You can’t go chasing it. In younger years I probably did chase it because of excitement and inexperience. You’ve got to make the right decisions and the opportunity will arise. And when it arises, you must be ready to take it.’

England’s attack is yet to burst into life in 2022, and Tuilagi could be the missing link. The stick of dynamite to blast open defences. He has reduced his training to minimise the risk of injury and Parker, who played lock at schoolboy level, was impressed by what he saw. 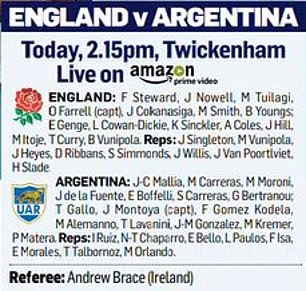 ‘When I saw Manu he looked in great shape,’ Parker said. ‘Rugby is in the Tuilagi genes. It’s a family thing. Boxers work on combinations like rugby players work on drills. There’s a lot of work that goes into a big tackle or big shot. You take a few shots and give a few back but ultimately you’re working towards that opening. In boxing, you need to come up with a plan to control the ring. You want to control the middle of the ring so you’re not moving around and draining energy. It’s similar to getting into the 22 on a rugby pitch, being in the right part of the field to score.’ 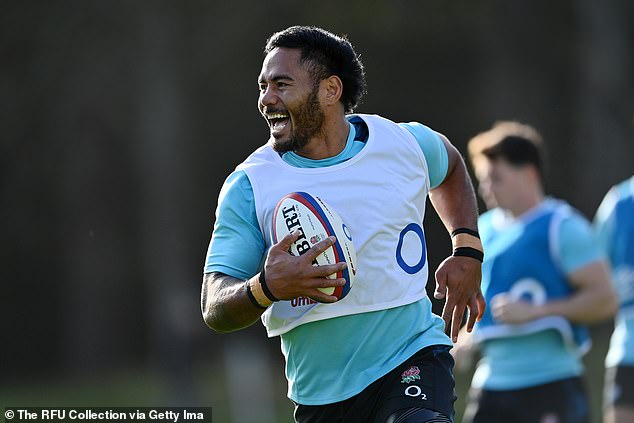 Tuilagi could be vital to making England’s attack click at long last, during the autumn tests

In England’s new midfield system, Marcus Smith and Owen Farrell are responsible for leading the territorial assault. They must manipulate defenders and present Tuilagi with a chance to deliver the punch.

As the clock ticks to the World Cup, the combination needs to live up to its billing. ‘Marcus and Faz will be on top of their game and I need to be on top of mine,’ said Tuilagi. ‘In boxing, like rugby, the mental side is most important. Knowing how your opponent moves, the punches they throw. In rugby it’s the plays, lines you run, moves you’re involved in. You need to know your detail to free you up mentally to make sure you’re not wasting energy.

‘Marcus and Faz are unbelievable. It’s a dream to see them together. Just to be alongside them is special. It’s been a long time since I played for England but it’s gone by quickly. You look round and there are so many amazing players. Sometimes you take that for granted so I make sure I enjoy the challenge.’

England must box smart, adapting to increasingly unpredictable refereeing and aspiring to France’s record of not conceding a single card all campaign. Their disciplinary crackdown must start with returning skipper Farrell showing diplomacy towards the referees. 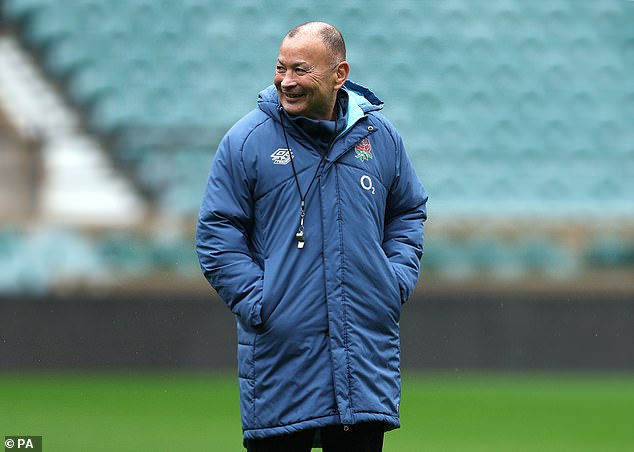 Their pack is loaded with individuals to take on Argentina at the gainline. Kyle Sinckler, Ellis Genge and Vunipola are as explosive as any, but Smith and Farrell must ensure they are not simply running hard and straight. They need bodies in motion, tip-on passes and cute angles to leave opponents wobbling — and to provide opportunities for Cokanasiga.

‘Joe is a 115kg winger who runs like the wind — they’re pretty useful,’ said head coach Eddie Jones. ‘He gives us a point of difference. Manu will be saying “Joe come here”, taking him under his arm, saying “I am going to give you a bit of Samoan love here”. Manu is this engaging guy who brings physicality and takes others with him.

‘When you are playing behind Manu, or Billy in that second Test in Australia, other players go with him. There is a reason every World Cup has been won by a big No 8, as the game is about going forward. If you have got guys who take you forward, other players play off the back of it. It opens up enormous opportunities.’

England showed grit and guts to win in Australia. If they layer on power and precision, they should target a clean sweep this autumn.