Steve Borthwick should consider making a habit of staying at home on match-days, if this is what his Tigers can achieve in his absence.

It may be too soon to herald a full-scale revival at Leicester, but there were promising signs in this fightback victory at Welford Road yesterday. It seems the East Midlands club are heading in the right direction after a prolonged slump.

With head coach Borthwick in Covid isolation, Leicester were soon trailing 14-0 in the face of an early Bath onslaught. But what followed was a rearguard action which bodes well for the rest of this season and beyond. 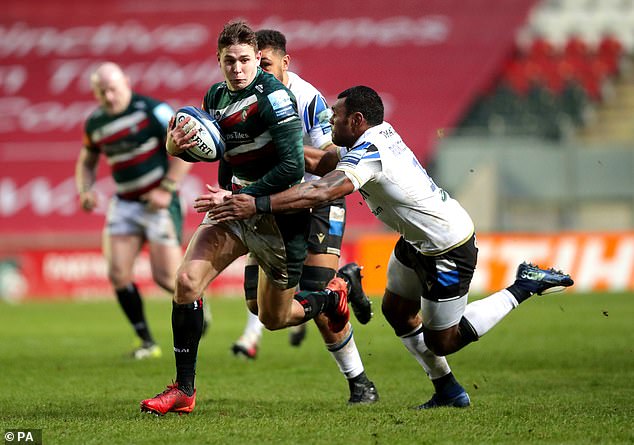 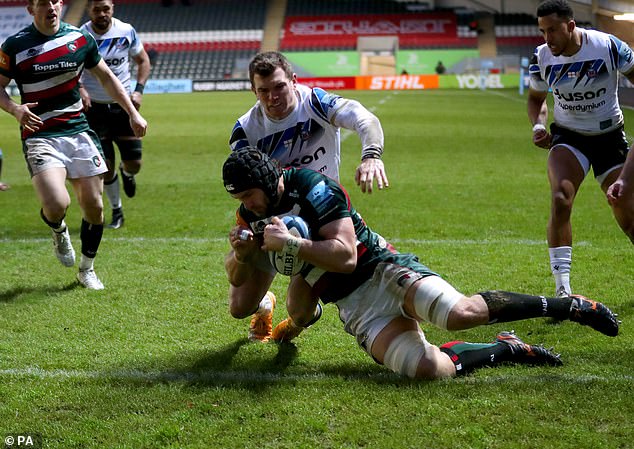 The Tigers are building on a revival after a slump, overcoming their West Country rivals

The result provides cause for optimism among the Tigers hierarchy. The last time these rivals from the West Country paid a visit, they left with a 38-16 win.

It highlighted that Stuart Hooper’s team were title contenders while Leicester were stuck in the depths of the Premiership table — only kept safe by the salary cap punishment inflicted on Saracens.

It was very different on this occasion and Leicester have climbed to seventh, just ahead of their vanquished opponents on points difference. There have only been five rounds of this new campaign but there are green shoots.

Freddie Steward is only 20 but the rookie English full back was an imperious presence for the Tigers and has made big strides in recent months. His command of aerial contests was a theme in a game featuring a hefty dose of tactical kicking. 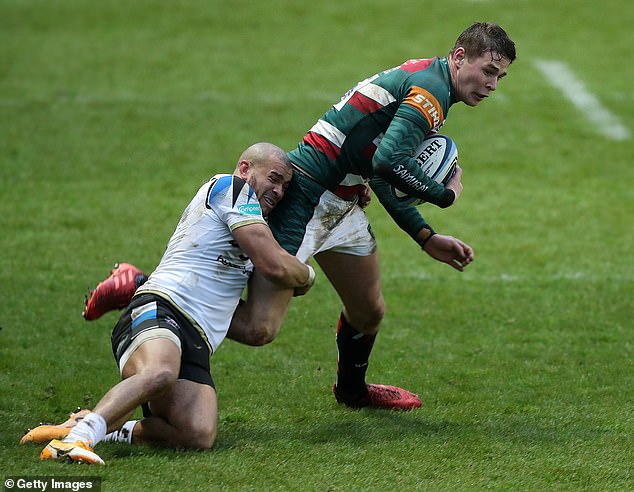 In that regard, he faired far better than Bath’s Anthony Watson and was acclaimed by Leicester coach Brett Deacon, who said: ‘He was playing against a Lions full back and I thought Freddie looked the better player.’

Deacon also praised the impact of the experienced England half-backs, with George Ford in particular tormenting the visitors with his up-and-under blitz.

‘George putting up those spiral bombs really was the turning point,’ he said.

Ford Jnr ran the show on the pitch while his father Mike was calling the tune in the stands — overseeing the deployment of replacements with Borthwick off-site.

Leicester gradually seized control up front, with Harry Wells an imposing presence and England prop Ellis Genge making dents. But the primary pack asset on the day was South African recruit Jasper Wiese. The No 8 had a first-half stint in the sin-bin but his rampaging contribution as a carrier put the Tigers on the front foot. 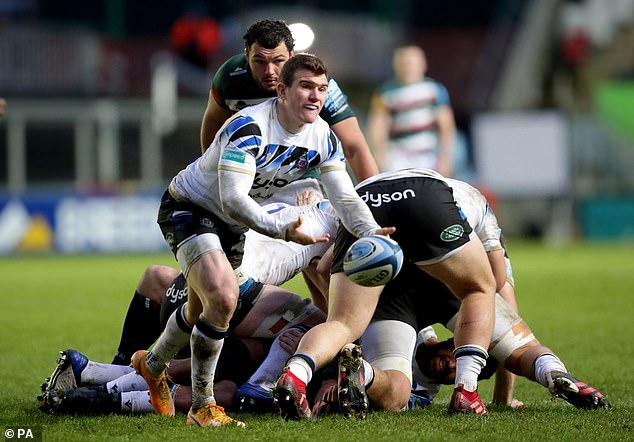 Bath had burst out of the blocks, with Beno Obano touching down in the third minute after a blast down the right by Josh McNally, amid confusion about who had possession.

In the 14th minute, Hooper’s men extended their lead in fine style as Ben Spencer gave Eddie Jones another reminder of his Test credentials — with the scrum-half darting through a gap, chipping ahead, kicking on and gathering to score under the posts.

Rhys Priestland converted both early tries but Ford landed two penalties at the other end to narrow the deficit. Shortly before half-time, Kobus van Wyk was stopped on the right but Leicester kept coming and Ford’s well-timed pass released Steward to touch down.

After the break, the two No 10s exchanged further penalties before Wells crashed over from a deft, back-hand off-load by giant Fijian wing Nemani Nadolo. 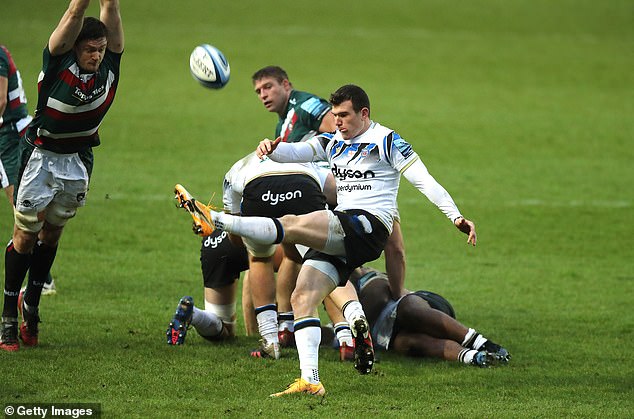 That try stemmed from another timely demonstration of Steward’s authority and dexterity under the high ball. Much more of this form and he will have to be viewed as a contender to be fast-tracked by England.

The goal-kicking exchanges continued but there was another try in the midst of all the penalties. With 15 minutes remaining, Wiese’s latest thunderous run created powerful momentum in a Tigers raid which ended with replacement lock Cameron Henderson touching down.

Three minutes from time, another Cameron — Redpath — struck for Bath, but it merely secured them a losing bonus, rather than creating a late pendulum swing.