‘It is bonkers, but I love it’: Joe Marler discusses the gung-ho style of his club side Harlequins, their play-off semi-final battle with bitter rivals Saracens and impressing England head coach Eddie Jones

Joe Marler could recall the date of his England debut without hesitation, but the significance of it hadn’t occurred to him. The Harlequins prop’s Test career is now into its second decade.

‘It is surreal, now you’ve brought it up,’ he said, when asked by Sportsmail about the milestone. ‘Ten years ago. That’s quite cool.

‘My debut was in 2012 – June 9, in South Africa. I think it was with Coley and Dylan (Hartley). It was tight in that first Test, but the next week it wasn’t tight. That day, after their third or fourth try, I was thinking, “We’re going to get 50 points put on us here”. I couldn’t get my breath. Oh my God, it was carnage. They had Bismarck and Jannie (Du Plessis) and the Beast in their front row.’ 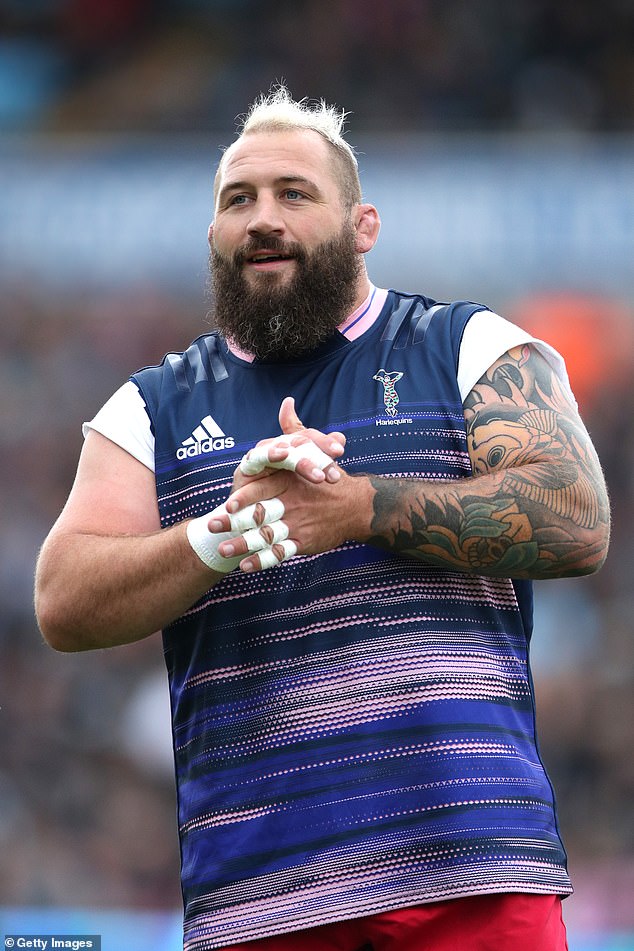 Many memories remain close to the surface – ready for fresh reflection. Some are filed away into the deeper recesses though. What about the highs and lows of that decade? ‘The best bit was the Grand Slam in 2016, on the back of what had happened in 2015 (World Cup), which I’ve sort of blocked out,’ said Marler. ‘And obviously the semi and the final last time (2019). I absolutely loved it.

‘The worst bit was probably Cheslin Kolbe rounding me, twice – and that whole World Cup campaign in 2015. It was awful, not just in terms of how we did, but also who I was. I can joke about it now but there was a period when I hated what I was. Now, I am far more comfortable with who I am. I’m slightly more self-aware now. You’ve made me go all nostalgic, with that 10-year question!’

As he approaches his 32nd birthday, Marler remains at the peak of his powers and has so much more to offer – certainly to his club, but what about his country? He retired from international rugby in 2018, only to subsequently reverse his decision, then he missed last year’s Six Nations after opting out of a long spell in a Covid bubble, away from his family. 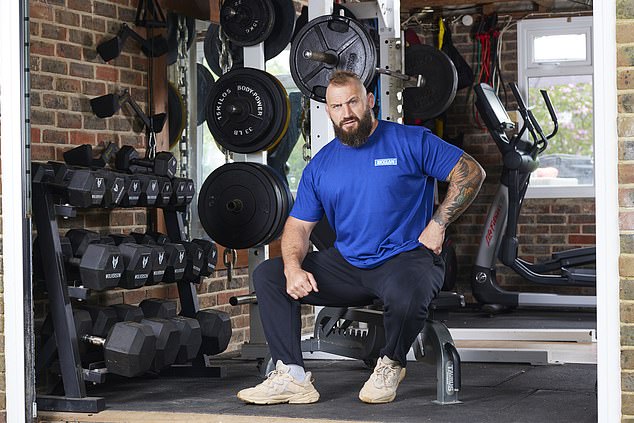 Last month, Marler was omitted from a Red Rose training camp in London, prompting renewed speculation about his on-going England involvement. So let’s clear that up. He is ready and willing to play, in the short-term and into the future – if he is picked, in a competitive area, with Ellis Genge, the back-from-exile Mako Vunipola and Bevan Rodd all in the mix at loosehead too.

‘I vowed, after my ninth retirement, that I wasn’t going to retire from England duty again – and it would be completely up to whoever selects the team,’ said Marler. ‘I am available. The times I stepped out of it, there was a lot of other stuff going on. Having time away from it made me think I did miss it and I’d quite like to do it again.

‘I’d love to go to Australia. I’d love to make it to the World Cup, in whatever capacity. But I’m also acutely aware that I’m a lot older than I was and there are a lot of good players around. So it’s down to what Eddie wants. He knows what he’s getting if he picks me.’

The time away was partly about Marler’s quest to achieve a work-life balance and that remains a primary focus. He explained – in typically light-hearted fashion – that he has become an ambassador for Bioglan supplements on that basis. ‘As you well know, I’ve struggled with my balance,’ he said. ‘I don’t just mean putting one foot in front of the other; I’ve struggled physically and mentally at times, so it was a natural fit for me to go with a company who are trying to promote that.’ 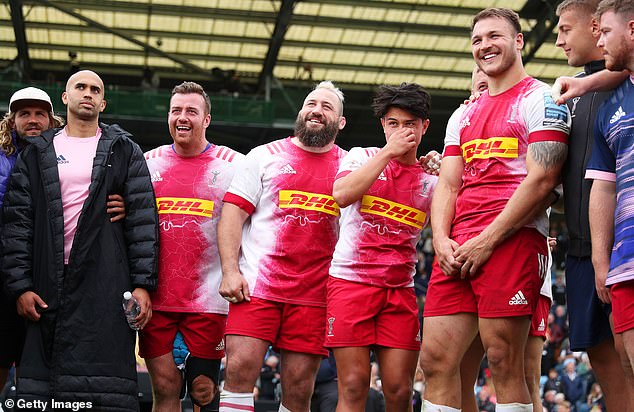 A year ago, Quins helped him with that balance too – flying him by helicopter to Bristol for their Premiership semi-final at Ashton Gate, so he could spend longer at home after the birth of his fourth child. He rewarded them with a herculean performance as the London club took another step towards a staggering league title triumph.

They clinched it with victory over Exeter at Twickenham – and by staying true to their adventurous instincts. It is that spirit which has re-energised Marler. ‘It’s what has kept me going, the fact that this is the way we want to play,’ he said. ‘It is absolutely bonkers, but I love it.’

He loves that it works, but also that it generates interest and showcases the sport. ‘I definitely think we have a responsibility to grow the game,’ he added. ‘I never used to recognise that. I just thought I play and who cares whether anyone is watching or not because I’m still going to get paid. But now I realise that, no, we won’t get paid if there aren’t enough people coming through the gates, and if it’s not a good enough product for people to watch on TV. 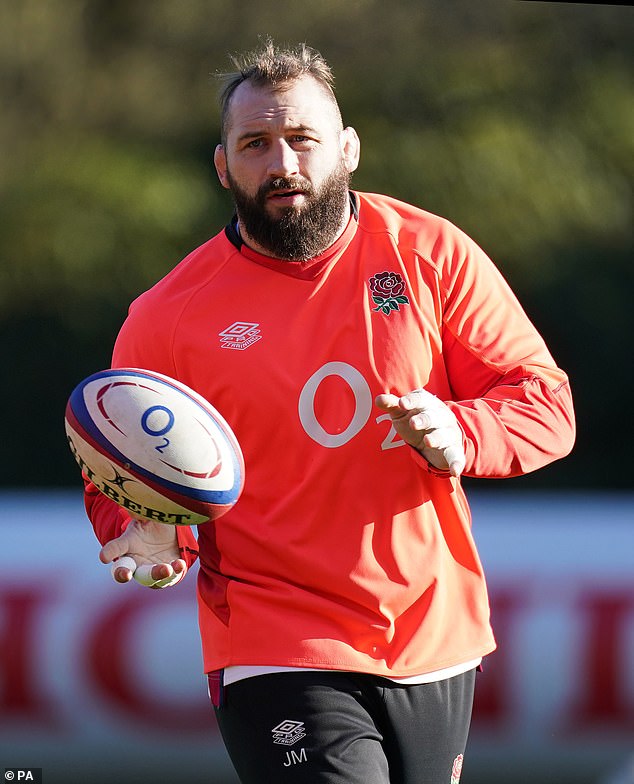 ‘I think about what my son loves watching. He loves watching football – attacking football, all over the park. All he wants to do is play with the ball and score goals. There are kids in rugby who we should be encouraging like that. It’s fun and it’s more enjoyable to watch. People don’t want to watch a kick-fest.’

So could such a daring streak translate into Test rugby? ‘I’d like to think if I was England coach, I’d be saying, “Just throw it around, boys”,’ he added. ‘But then, what if we didn’t win?! I’d probably get the sack because we’d play entertaining rugby but not get the results.’

What makes Marler stand apart in a largely conformist sport is his blend of whacky humour and forthright views. One minute, he is discussing how a basketball documentary series prompted his penchant for outlandish pre-match attire. 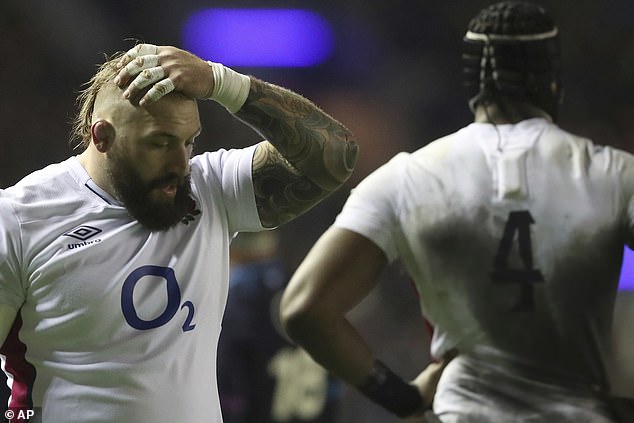 ‘Part of the inspiration for starting to do tracksuits before games was watching the Last Dance during lock-down,’ he said. ‘They were turning up for games in big, over-sized suits, with massive cigars. But if you do that, you’ve got to back it up. People would say, “See, you look stupid now because you lost”. I would say, “No, I still looked really cool in this over-sized suit, with this cigar”.’

Moments later, Marler will tackle a thorny issue with similar gusto. Premiership ring-fencing is not his favourite development in recent times. ‘I know the ins and outs of why there’s no relegation, but it needs to come back,’ he said. ‘It is absolutely ridiculous at the moment. People want to watch games which are meaningful.’

They won’t have to look much further than StoneX Stadium today, where Quins take on Saracens in a play-off which is bound to be tense, explosive and fascinating. The hosts built a dynasty, but then it collapsed after they were found guilty of salary cap offences and dispatched to the Championship. In their absence, their London rivals won the league – now the stage is set for a showdown between the holders and their revitalised nemesis club. 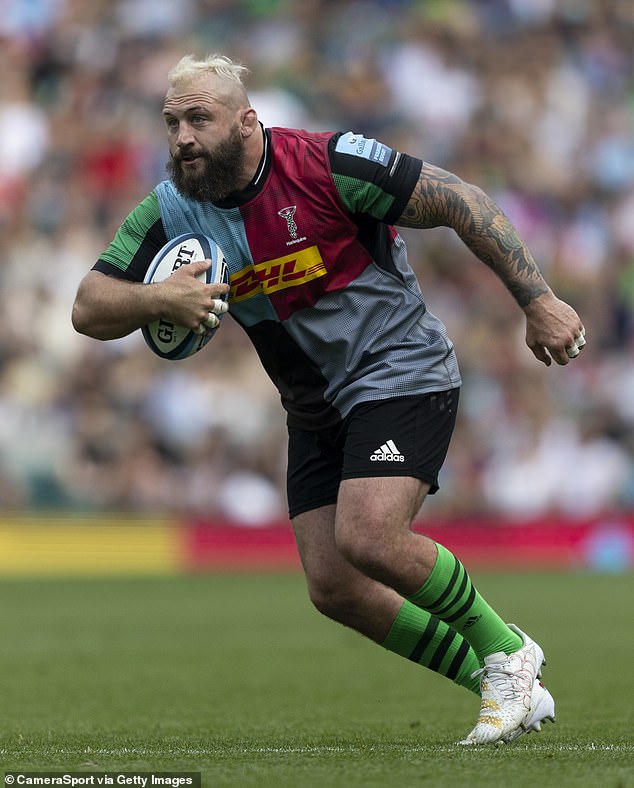 He is funny and engaging company, possessing a mixture of whacky and forthright views

When asked about the prospect of taking on Mark McCall’s Lions-laden side, Marler objected to the wording of the question. ‘Daunting? Daunting??!! You should retract that word,’ he said, by way of emphatic retort. ‘It’s not daunting in the slightest. Oh my God. I’m so excited. It will be some game, if they can muster up a crowd…!’

As a stalwart of the Harlequins squad, used to operating in the shadow of the super-team from the other side of the capital, Marler felt satisfaction that their offences were exposed and sanctions were imposed. But he insists there was no relish for their plight.

‘If you do something wrong, you’re punished. I’ve done many things wrong and I’ve been punished. If you’re going to do the crime, you have to do the time – and they did that. But I wouldn’t say I enjoyed that. There are a lot of boys there I’m friends with and it’s also about people’s livelihoods. They’re back now and – shock, horror – they’re probably favourites for the title.’

But Quins won’t hand back their title without a fight, especially given the series of sporting miracles they conjured to win it last year. ‘It was incredible – we’ll struggle to top that,’ said Marler, before the optimist in him re-appeared. ‘Can we do it again? I think we can.’

Joe Marler has partnered with supplement brand Bioglan for their first series ‘In Bioglan Balance’ alongside influencer Mat Carter to show how he finds balance in his busy life. To watch the series, visit @bioglansupplements on Instagram.