Past and present Ireland No 10s collide in Saturday’s Heineken European Champions Cup Final and Ronan O’Gara believes Johnny Sexton has used the pain of missing out on selection for the last Lions tour to reignite his career.

The former Test team-mates and selection rivals hold the key to the showdown between Leinster and La Rochelle in sweltering heat by the Mediterranean, at Stade Velodrome. While the Dublin province are clear favourites, former Munster icon O’Gara is in charge of a La Rochelle side who can pose a threat based on fearsome physicality and a swashbuckling sense of attacking adventure.

But he knows that Sexton, Leinster’s veteran captain and fly-half maestro, is operating at the peak of his powers again, having appeared to be a fading force last year. ‘Twelve months ago, Johnny wasn’t playing as well as he is now,’ said O’Gara. 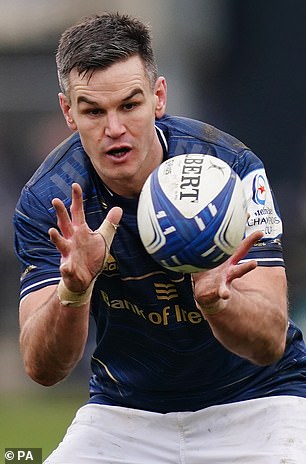 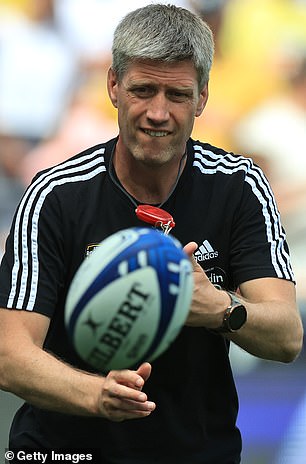 He has a theory about the cause of the 36-year-old’s personal transformation, adding: ‘I understand the mind-set of Johnny; that he’s a competitor. That’s the under-statement of the season! He loves rugby. It is such a great game, so you play it for as long as you can. If you’re good, you keep going and he’s out-staying the rest in his position, comfortably.

‘But I think he’s also been fuelled. There wasn’t much of a deal made of the fact that he didn’t make the Lions tour, but that would have hurt him deeply. So now, it’s another example of his excellent resilience and he’s coming back.

‘He’s made changes to his game. He’s always been a good passer of the ball, but now he’s become a (running) threat again. You saw in the semi-final against Toulouse, he has a very good running game, a good passing game, a good kicking game and he’s very good at seeing the opportunity before other people see it. That’s what a lot of great 10s do – and he sees things quicker than other people.’

Former England head coach Stuart Lancaster is at the heart of Leinster’s imperious surge towards a fifth European conquest. He has also had a major influence on Sexton since arriving at the province in 2016 and he paid tribute to the playmaker’s enduring class. 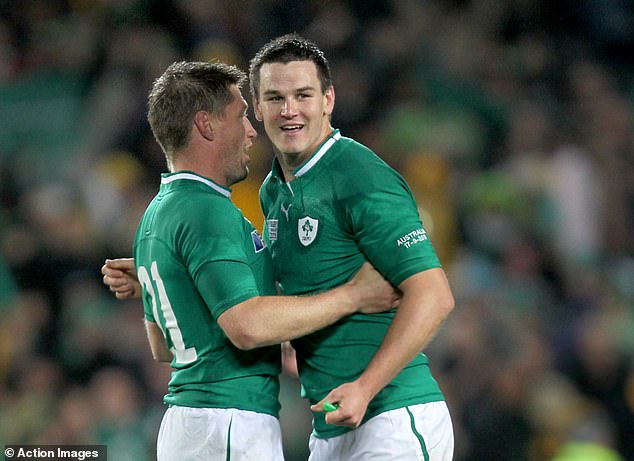 ‘Jonny has a lot of qualities I really admire,’ said Lancaster. ‘One is his competitiveness and his desire to want to win and to hold everyone accountable to the standards he expects from himself. He’s got an incredible knowledge of the game through years of experience. Probably his biggest stand-out is his ability to see the picture a split-second earlier than others see it. It can sometimes frustrate him when others haven’t seen the same thing!’

Sexton’s innate vision and feel for the game have helped turn Leinster into a gloriously fluent team, but O’Gara as coach has had a similar influence on La Rochelle. He has rapidly built up an impressive CV after stints at Racing 92 – where he briefly coached Sexton, and the Crusaders in New Zealand – where he enhanced his reputation far from home.

O’Gara recently declared an interest in applying to succeed Eddie Jones as England head coach and he would be a pedigree candidate. Lancaster is impressed by his work. 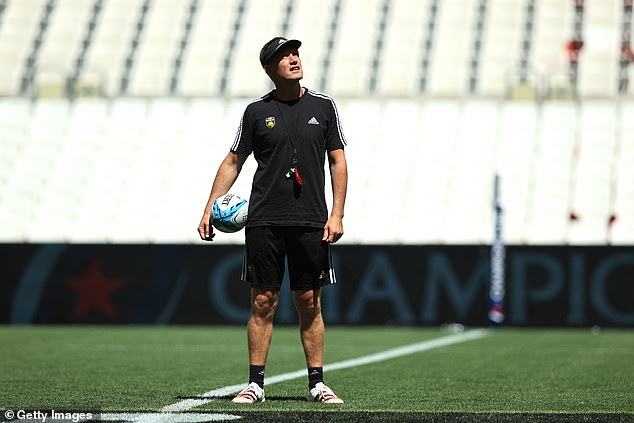 ‘You’ve got to admire any coach who’s prepared to move his family to France, then to New Zealand and back to France again in the quest to develop himself,’ he said. ‘We’ve met and spoken a few times and I’ve coached against him a few times.

‘The feedback from the Crusaders was only ever positive about the contribution he made. For a northern hemisphere coach to go down there and make that sort of impact is testimony to him.

‘We’ve got Michael Ala’alatoa here who was at the Crusaders at the time and he said the impact ROG had was great. He’s competitive, he’s got a great knowledge of the game and like Johnny he’s got that open mind-set to want to learn and get better. They’re great attributes for coaches.’

The respect is mutual. Asked what makes Leinster stand apart, O’Gara said: ‘I admire the way they play the game, in a fast, highly creative way. They have a very good group of players but you can see their coaches are getting the best out of their players. I think they’re challenging their players in all aspects of the game and trying to make them complete players, and they look very, very good. 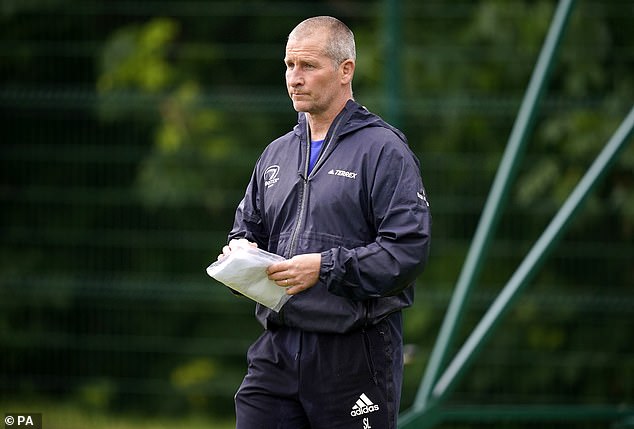 ‘I am fascinated to see how we go against Leinster because they’re humming, they’ve been churning out performances and spitting out the opposition easily. You’re just hoping, with maybe the profiles we have, that they’ll find it more difficult against us.’

Leinster certainly found it difficult against La Rochelle and their massive forwards last season, when they lost a semi-final against them 32-23 at Stade Marcel Deflandre. So while they are being widely tipped to win on Saturday, Lancaster is remaining resolutely cautious about their prospects.

‘We’ve won five trophies, but we’ve lost in semis, quarters and finals as well,’ he said, when asked about the expectation of another Irish success. ‘You’ve got to block the noise out in the week of a final. We lost against La Rochelle last year; we were beaten fair and square. There’s definitely no complacency in our camp.