Harlequins 33-20 Montpellier (agg 60-59): Marcus Smith misses late conversion as Harlequins are knocked out of the Heineken Champions Cup by Montpellier, losing by a single point on aggregate

This was the afternoon when Marcus Smith’s scriptwriters took the day off. They have become so used to their No 10 being cast as the superhero at The Stoop but yesterday, when the stakes were at their highest, the storyline took a painful twist.

The miracle comeback was almost complete. In the 75th minute, Louis Lynagh dived over to narrow the aggregate scoreline to 59-60 and all Smith had to do was add a straightforward conversion. It was 14 metres in from the touchline, perfect weather and the ideal angle for a right-footed kicker, but his shot floated to the left of the posts.

After an hour or so of bedazzling rugby, with Smith conducting a rugby symphony, the stadium fell into a stunned silence. Montpellier coach Philippe Saint Andre had already sent on instructions for his No 10 to kick the restart short so his team could launch one final haymaker. Suddenly the dynamic changed and all they had to do was kick long and run down the clock. 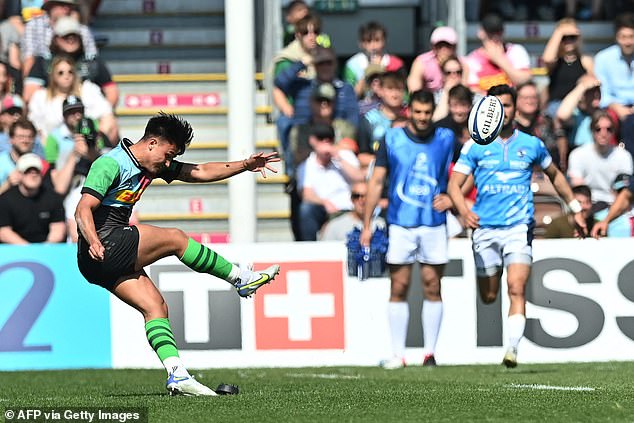 ‘I was sure he would kick it,’ said Saint Andre. ‘We were already preparing to be one point behind, thinking we would have one final play to win the game. I was surprised. Happy days.’

It is little wonder that Amazon Prime want a piece of the action at Harlequins. In the end, the agony outweighed the ecstasy but the entertainment was compelling. Quins were desperate to back up last year’s Premiership triumph with a European crusade and Smith played a key role in some of the most majestic attacking rugby The Stoop has witnessed.

Over two legs, the teams scored 16 tries. Quins had to chase down a 14-point deficit to progress and they got to work quickly, stealing the kick off for Huw Jones to touch down after just 33 seconds.

It was fast and loose. Attack overwhelmed defence and Montpellier, who controversially made 13 changes from the first leg, refused to cave in. 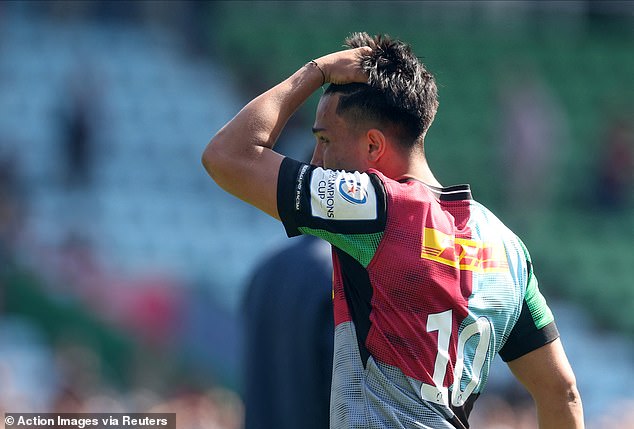 Their young half-back combination capitalised on errors to keep the scoreboard competitive, with Louis Forsans setting up Yvan Reilhac for a quick strike-back.

Yet this was a game that Montpellier never looked like winning.

Danny Care brought the tempo, stretching the defence for Alex Dombrandt to score the hosts’ second. Next, they added a try for the ages. Care kept the ball in play with a wondrous piece of skill on the touchline, feeding Smith who pulled off a dummy switch and goose-stepped his way past six defenders. Cadan Murley kept the ball moving and, charging all the way from the North Stand to the South Stand, Joe Marchant finished a sublime move. 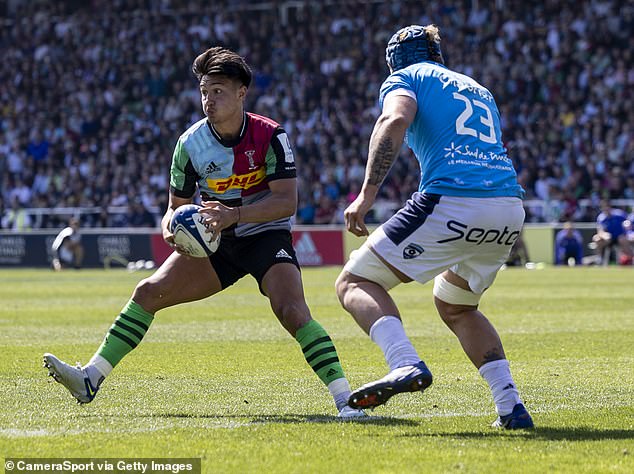 However, the score was quickly cancelled out. Jones was turned over and Forsans chipped the ball over the defence to leave Julien Tisseron with a simple finish. Quins went into half time with an 11-point lead, thanks to a Lynagh try, and they spent the second half camped deep in Montpellier territory.

Handre Pollard kicked a penalty for the visitors but the Quins pressure was building. They turned down countless kicks at goal; living by the sword and dying by the sword as Montpellier conceded seven consecutive penalties on their own try line.

Replacement hooker Jeremie Maurouard was sin-binned at the scrum and the resistance appeared to have broken when Smith spun over to score — but it was ruled out for blocking. ‘When you have those penalties you hope it affects the scoreboard but it didn’t at all,’ said Quins coach Tabai Matson.

‘You can put pressure on the scrum but you have got to turn the scoreboard somehow.’ 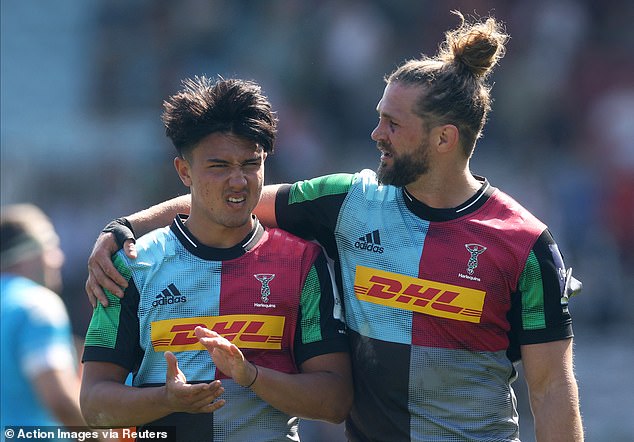 Lynagh eventually darted over for his second, late in the day, but Smith was unable to back up his brilliance with the simple conversion. He had landed his four previous shots and this was as simple as any, with Montpellier profiting with a quarter final against La Rochelle. Smith and Quins will watch from afar, with more than an ounce of regret.

‘To lose by one point is gutting,’ said Matson. ‘Marcus was there for the winning of the game at the end, but you can’t put the blame on him. We were one point short, and our first half last week put us in that position.

‘There will be a lot of really disappointed players and coaches because we felt we could go deeper in this competition. We had 160 minutes to do our thing.’