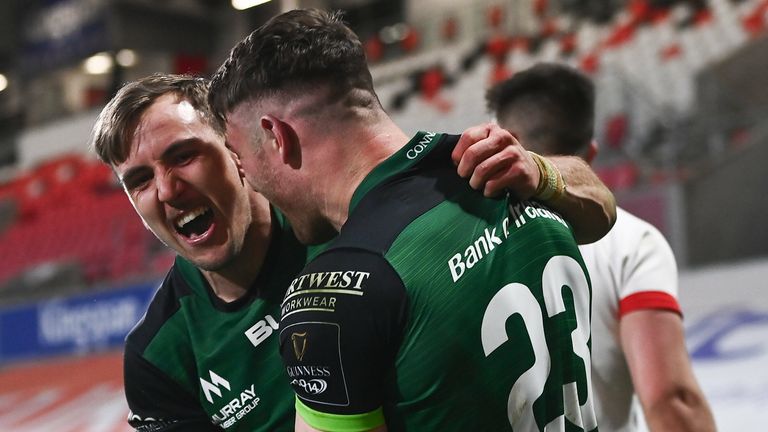 The Rainbow Cup kicked off in fine style as Ulster claimed a dramatic win over Ulster and Edinburgh beat Zebre.

A last-gasp try from replacement winger Peter Sullivan gave Connacht a dramatic 26-24 victory over Ulster at the Kingspan in the Rainbow Cup’s opening round.

Using the captain’s challenge law introduced for this competition, Connacht, with their bench making a crucial impact, came back from what seemed certain defeat to work the winning score with the clock in red. 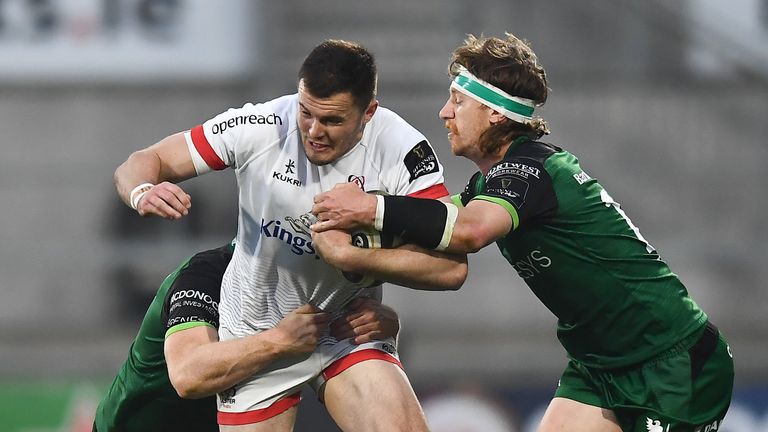 That was after Ulster appeared to have secured the spoils for themselves with a late Dave Shanahan try in this hard-fought Irish derby.

It was only the second time that Connacht have won in Belfast since 1960 and will have given a strong Ulster side, who had Iain Henderson back as well as long-term absentee Will Addison, a wake-up call ahead of next weekend’s
Challenge Cup semi-final at Leicester.

Scrum-half Caolin Blade scored twice in an eye-catching display from the Connacht number nine while, for Ulster, the return of Addison after over a year out also saw him look sharp.

Matt Currie scored a try on his first Edinburgh start as Richard Cockerill’s side claimed an opening Guinness PRO14 Rainbow Cup triumph courtesy of an improved second-half display against Zebre.

The Italians deservedly led at the break at BT Murrayfield but a youthful Edinburgh team secured a 24-18 victory after dominating the second half.

FT brought to you by @_ScottishBS.

The impressive Eroni Sau notched the first try of the game for Edinburgh before Andrea Lovotti replied, and Carlo Canna’s kicking had Zebre six points ahead at the break.

But the hosts scored tries from skipper Luke Crosbie and 20-year-old centre Currie as the home team pushed their opponents back for the bulk of the second half, before Johan Meyer bagged a last-gasp consolation try.