Dow: World cup double made seven-month recovery 'absolutely worth it'

Abby Dow’s ‘magical moment’ at Eden Park not only sent England to within 80 minutes of World Cup glory, but was also the crowning moment of the Red Roses wing’s remarkable recovery from injury.

The fact Dow is even in New Zealand is remarkable. She broke her leg in April and faced a race against time to make the plane to the southern hemisphere. Dow’s dedication to her return involved long, painstaking hours of rehabilitation. Every moment of the struggle has proved to be worth it.

Dow’s stunning brace of tries helped England to avoid a major upset in their semi-final with Canada as Simon Middleton’s side emerged 26-19 winners. 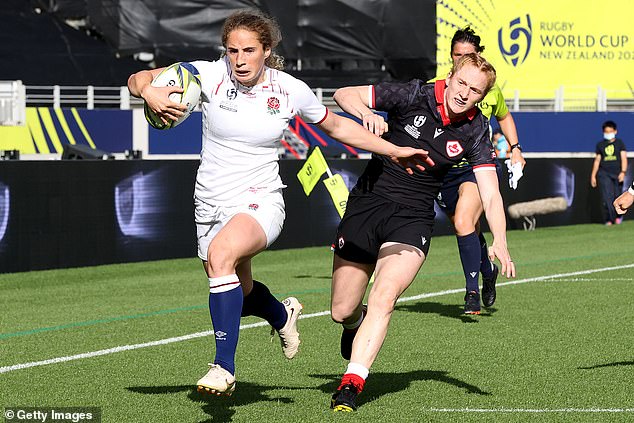 They will face the hosts in Saturday’s final.

Dow produced a fine first-half finish but her effort after the break was just remarkable and proved to be the game’s key moment.

England were camped on their own line and under severe pressure.

After England questionably stole possession, Claudia MacDonald led the breakout and found fellow wing Dow in support. Her pace and power was a sight to behold.

‘The last seven months have been absolutely worth it,’ Dow said. ‘I don’t regret a second of it. It was easy, right? It’s an absolute privilege to know you’ve helped the team. 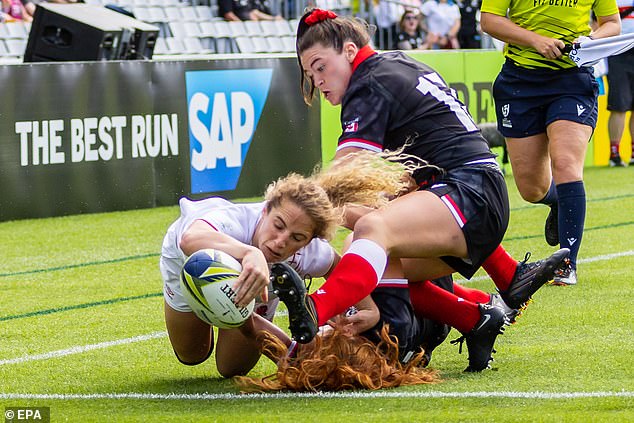 ‘In terms of my recovery journey, it made every second of pain worth it. When Claudia gave me that ball I just decided to run as hard as I could.’

Middleton went wild with delight in the coaching box as Dow raced clear leaving Canada defenders trailing in her wake. The England boss said: ‘That’s why we picked her.

‘I can’t speak highly enough of Abby and our medical department. It was a nine-month return-to-play injury but the medical team just said: “Give us six months and we’ll get her there”.

‘Abby is so valuable we were never going to question that. The medical team spent nights with her putting her through the mill. Abby committed fully to doing it and today was why.

‘It was just a great try. We were absolutely under the pump and then they pulled that out. How can you not celebrate it? That was a magical moment.

‘It’s incredible the journey Abby has been on.’ 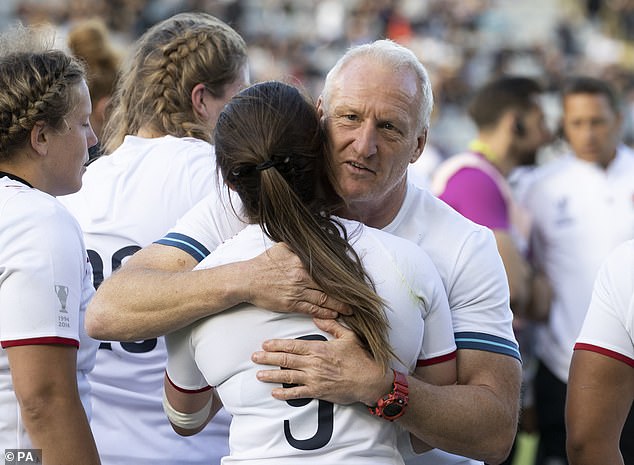 Victory over Canada was a 30th straight England win. Three years of unrivalled success now leads to Saturday’s final with the Black Ferns. New Zealand, who have All Blacks greats Wayne Smith and Sir Graham Henry among their team, will recognise how Canada made England look vulnerable.

The amateur Canadians pushed Middleton’s side all the way. They played some fine rugby, matching England’s giant pack and causing them trouble behind the scrum. New Zealand, who got the better of France 25-24 in another bruising semi-final, will be a significant step-up.

‘We weren’t anywhere near our best but Canada didn’t let us be. The pressure on this team is huge, yet they keep delivering. We found a way to win and that’s the most important thing.’ 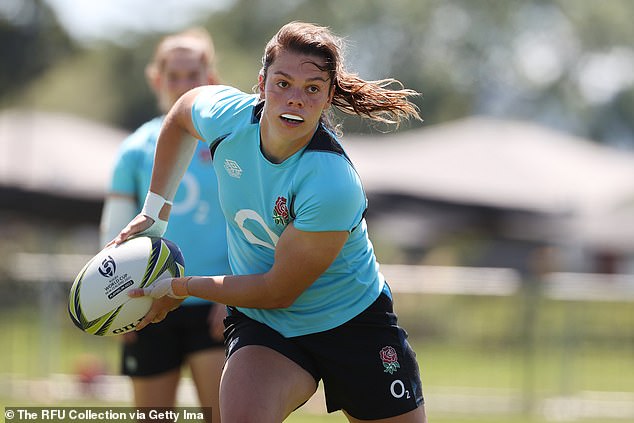 After weeks of mismatches, both semi-finals were brilliant adverts for women’s rugby. A final between England and New Zealand is a dream showdown for the World Cup’s organisers.

It is also a meeting between the two best sides on the planet.

‘We’re a team that realises we haven’t won anything yet. We’ll save our celebrating for if we get the result we want next week,’ said England captain Sarah Hunter.

England have big injury doubts over Helena Rowland and Hannah Botterman for the final. Prop Botterman was a late withdrawal from the semi-final with a knee injury.

Rowland was exceptional at full-back against Canada before suffering an ankle problem. Both players were on crutches at the final whistle. ‘Semi-finals are about finding a way to win,’ said Middleton. England’s final with New Zealand will the ultimate clash of styles. 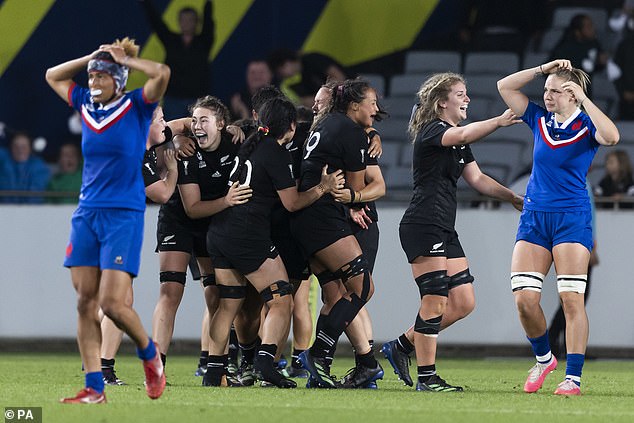 The Red Roses had been totally dominant up front until Canada showed they can be human. The Black Ferns, meanwhile, aren’t afraid to move the ball and will be backed by a home crowd.

New Zealand also had a big semi-final scare. France fly-half Caroline Drouin missed a last-gasp penalty which would have taken her team through.

England lost the 2017 World Cup final to New Zealand and will be in for a stern challenge. It promises to be some game.

‘The ultimate goal for any rugby player is to win a World Cup in the backyard of the world champions,’ said Middleton. ‘We won’t be disappointed.’