Dan Cole’s twins, Ralph and Henry, are too young to recall watching their dad playing for England.

More than three years have passed since his last appearance for the national team. They are more familiar with Welford Road, where they snoop around changing rooms making mischief with his Leicester team-mates.

‘They came to watch some England warm-up games when they were two,’ recalled the prop. ‘They are six now. They come to Leicester and say, “Daddy, can we go on the pitch and wave at people”. They go into the changing rooms and play practical jokes, shaking Coca-Cola cans, saying to someone, “Can you open this for me?” 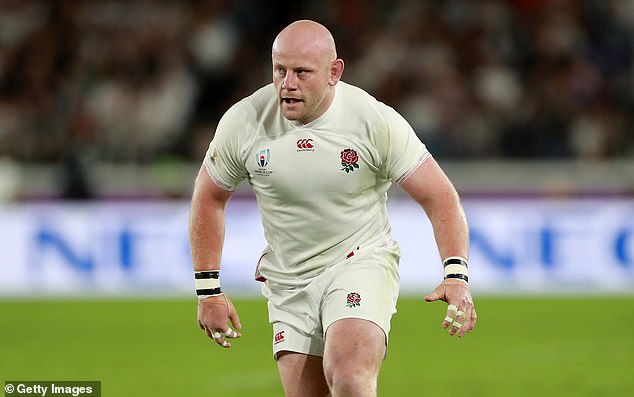 ‘They tried to get Anthony Watson but it didn’t fizz. Guy Porter took his boot off and one of the twins went and stood on his foot and says, “Oh, sorry!”’

There is every chance that Ralph and Henry will soon return to Twickenham.

Cole, 35, was called up by Steve Borthwick for England’s mini-training camp last week. It was his first England session since the 2019 World Cup and the prop is in contention to be named in Monday’s Six Nations squad. 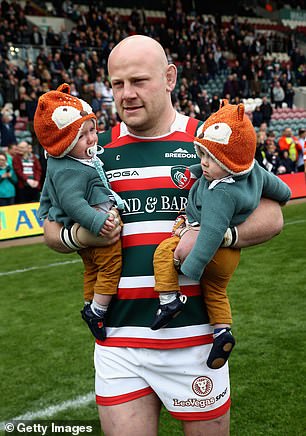 ‘It was a mixture of emotions,’ said Cole. ‘There’s an anxiousness about returning but there’s also a gratefulness.

‘The World Cup final happens and you think, “Get back on the horse and put it right”. You want to continue the good times but it didn’t happen. You’re the only change to the squad. Brilliant! But you accept it.’

With Will Stuart injured, England’s tight-head stocks are running thin. Cole became a cornerstone of Borthwick’s set-piece operation at Leicester and could emerge as a short-term option through to this autumn’s World Cup.

‘I was grateful to Steve for inviting me (to training camp) — playing for your country is one of the greatest things to do,’ added Cole.

‘To have another chance when you never thought you would… you can be more relaxed, try your hardest and see what happens. If it happens, it would be nice.’

Cole may also be in Twickenham action in May, as former England boss Eddie Jones hopes to convince him to play for the Barbarians. Jones is also targeting Sam Simmonds as he plots the defeat of a Steve Hansen-led World XV.