Roosters coach Trent Robinson has called on the NRL to have greater involvement in individual cases of concussion, as the club prepares to sit down with Jake Friend on Monday to make a call on whether he should retire.

Friend suffered his third concussion in six matches during the Roosters’ thumping 46-4 win over the Sea Eagles in round one. He went to a specialist in recent days and will sit down with Robinson and the club doctor to make a final decision next week. 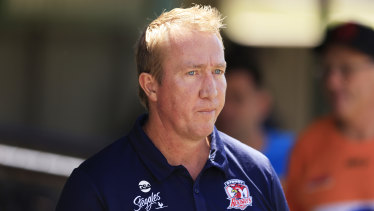 Roosters coach Trent Robinson has called on the NRL to have greater involvement in individual cases of concussion.Credit:Getty

But with the lack of guidelines around long-term concussion cases, Robinson said the confusion was difficult for clubs.

“I’m not having a go at the NRL here, because in medical terms, people aren’t sure what to do; it’s continually moving year-on-year,” Robinson said.

“But I think there should be more dialogue coming out of the medical department.”

The NRL is currently undergoing an overhaul of its medical department with Robinson hopeful the shake-up will see stricter policies for players with ongoing concussion concerns. The changes will also see a brain injury expert sit on the NRL’s medical advisory panel. 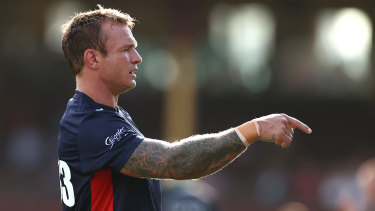 Decision day … Jake Friend will make a call on his career after speaking to Trent Robinson and the club doctor on Monday.Credit:Getty

“It’s clubs who are looking after this, the game is not looking after it yet,” Robinson said. “I’d like the NRL to at least go hand-in-hand with what we’re trying to do, because we get to see the players every day.”

Robinson said the lack of guidelines particularly hurts the Roosters, who have been questioned over their approach to players returning after a concussion.

The Roosters were given $350,000 in salary cap relief after deciding to sit Cordner out for12 weeks, with rivals believing the governing body was showing favouritism to the club.

“We don’t want this to happen. We want this to be the best possible thing for the Roosters and for the individual player.

“There’s so much paranoia around that. Whoever it is, they always think there’s an ulterior motive other rather than us just trying to look after the player.”

The Roosters injury crisis has seen 17-year-old Joseph Suaalii named in the 21-man squad but he will likely be held back for a few more weeks.

“There’s not a timeline,” Robinson said. “I want him to get that experience to understand what it’s like to sit in the change rooms, pull on the jersey, go and warm up and all of that.

“Each week it will be based on need.”

The Roosters play the Warriors at the SCG on Sunday.