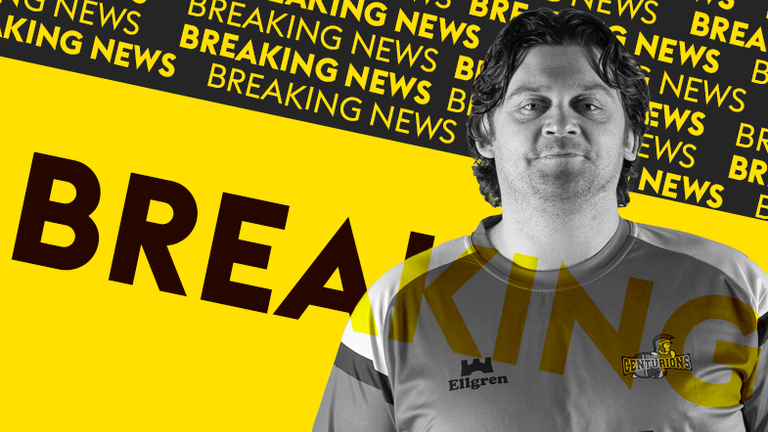 The news comes in the wake of the Centurions’ 40-16 loss to Hull KR on Sunday, which kept them rooted at the bottom of the Super League league table with no wins from eight games. They were also eliminated in their opening fixture of the Challenge Cup by Huddersfield Giants.

The 40-year-old was appointed Centurions head coach in November 2018 after previous coaching appointments at Swinton Lions and Featherstone Rovers, and played 202 games for Leigh in three separate spells between 2001 and 2012.

In a press release issued on Wednesday, owner Derek Beaumont thanked Duffy for his “dedication, commitment and outstanding work ethic”.

“I am gutted that my time is up,” Duffy said. “I had a good chat with Derek and we agreed that something needed to change. We have not got the results we needed and now it is time for someone else to step in and hopefully get the first win and then some more. 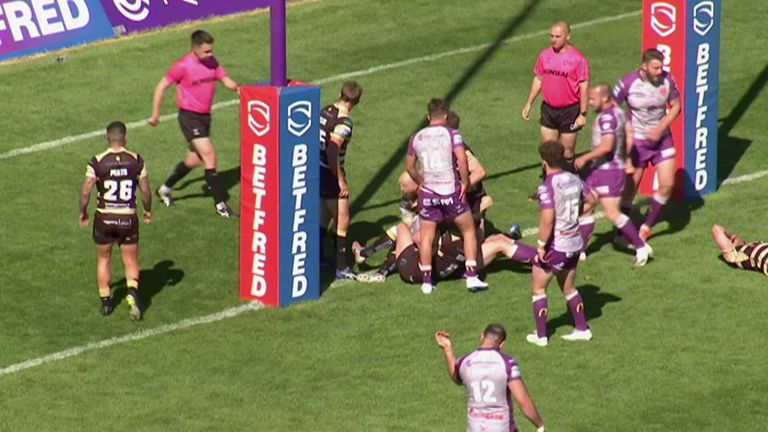 “It’s a tough one for me as I love the club and the fans but I realise there have to be changes and that’s the way it goes. I started my coaching job at Leigh with nothing and we got to Super League. I always knew it was going to be a tough challenge and I’d like to wish the players all the best for the season.

“The fans have been great for me. I know they weren’t allowed to be inside the grounds for a while but when they can they follow us around everywhere. I’d like to thank Derek Beaumont and Mike Latham in particular for all the help and support they have given me and everyone who has helped me over the last few years.

“There are not many who can say that they coached the club they loved and I am grateful I was given the opportunity.”

Assistant coach Kurt Haggerty will take over the head coaching role while the club searches for Duffy’s permanent replacement.

Leigh's wait for their first win of the year goes on, beaten 40-16 by Hull KR pic.twitter.com/oPoh7LFXZw

Beaumont said: “I would like to thank John for his dedication, commitment and outstanding work ethic he has shown during his time with the club. It has been a really difficult time as he massively cares about the club, the fans, the town of Leigh and me and my wife personally.

“He took on the role when the club was at a low point following the circumstances of 2018. He vowed to get me back interested and he did. He massively over-achieved with a small budget, building a group that worked really hard for him, making the play-offs.

“In the end John wants the same as me, the best for the club, not himself and therefore it wasn’t a difficult conversation that we had. Something needed to change, and we both recognised that.

“I hope the fans can respect the difficult task John faced and made a fist of for them and, also, remember his fine contribution as a player.

“He is Leigh through and through and can certainly hold his head high in my box anytime he feels like it. As a sport we talk of mental health but perhaps we need to look at some of the things we do as a sport and the impact that has on people’s mental health.”

Garreth Carvell, Leigh’s director of rugby, has also left the club, with Beaumont adding: “Garreth worked hard on that and had a good vision for building the future of our club, something we have been denied for the foreseeable future.

“The personal pressure on his family life with the travelling and additional pressures that creates saw us reach an amiable agreement for him to part company with the club. I hope he remains within the game of rugby league as he certainly has value to add to it and I wish him well in his future.”