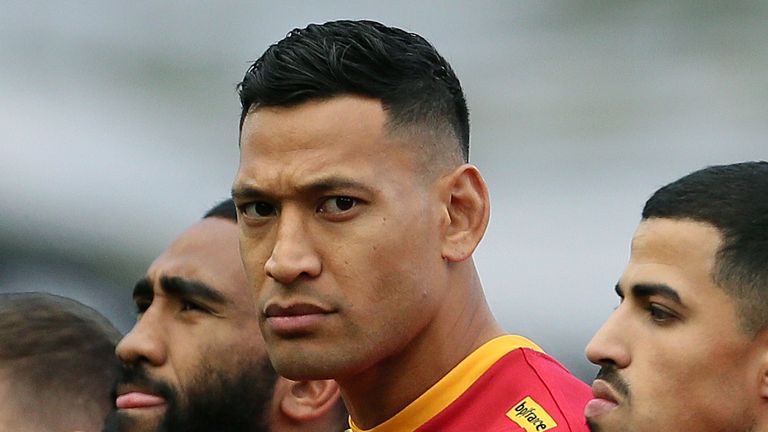 Plans for Australia dual-code international Israel Folau to resume his playing career on the Gold Coast have come as a surprise to his Super League club Catalans Dragons.

According to reports in Brisbane, the 32-year-old former Kangaroo and State of Origin centre has lodged an application to the Queensland Rugby League to play in the local Gold Coast competition.

Folau, who remained in Australia at the start of the season for family reasons but is still under contract with Catalans Dragons for 2021, has the backing of billionaire-mining magnate and former politician Clive Palmer, according to the reports.

Folau is expected to formally unveil his plans to play for Southport Tigers at a press conference in Brisbane on Friday but Catalans coach Steve McNamara says he is in the dark about them.

“I’ve not heard that,” McNamara said. “There is no change in the current situation as far as we’re concerned.

“We have him registered as a player and, if his circumstances change and he was able to come back, we’d facilitate that. He’s welcome back but at the minute it’s not on the horizon.”

Folau, who joined the Dragons as a free agent in January 2020, was courted earlier this year by NRL club St George Illawarra, who dropped their interest after encountering fierce opposition to the proposed signing of a player who was sacked by Rugby Australia in 2019 over homophobic comments he posted on social media.

The Dragons say they would demand a transfer fee for the player if Folau found an NRL club.