How ‘Bomber’ Thompson rebuilt his life after drug conviction

AFL great Mark “Bomber” Thompson has revealed the forgiveness of his son was a
turning point as he sought to rebuild his life following his drug conviction.

Thompson, a three-time premiership player with Essendon and dual premiership coach with Geelong, said in an emotional interview with Channel Nine that he had faced up to his mistakes since his conviction for drug possession in 2019.

“Maybe they [sons Michael and Daniel] thought they lost me a bit because I sort of went
away from them,” Thompson told A Current Affair. 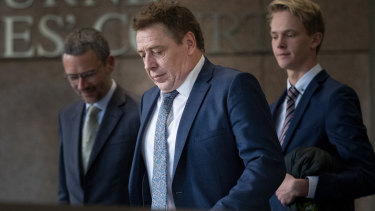 “But I remember getting a message from [Michael], saying, ‘Doesn’t matter Dad, we’re 100
per cent behind you,’ and I was so proud of the kid,” Thompson said through tears.

In January 2018, a police raid of Thompson’s Port Melbourne warehouse discovered more than 400 ecstasy tablets, and more than 30 grams of ice.

He was found guilty of drug possession, fined $3000 and ordered to undergo rehabilitation. A drug trafficking charge against him was dismissed. 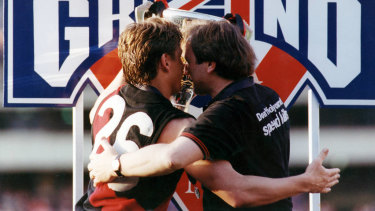 Thompson’s former housemate, Thomas Windsor, was sentenced to jail after pleading guilty to trafficking a drug of dependence and possessing equipment for trafficking, but walked free after serving more than nine months in custody.

“You know, if you go back in time, should I let that guy into my house? No. It happened”
Thompson said.

“I never thought I’d get to prison at all”, says Thompson, “I was a drug user. At no point did I
ever sell drugs”.

“[Ms Rea] was fantastic. This man was crying after about three minutes. She got me. She has
the ability to just open people up,” Thompson said.

“I didn’t think our club really supported its people,” said Thompson, who left Geelong after two flags to join Essendon favourite son James Hird in a coaching role at the Bombers.

The club “self-reported” the possible use of performance-enhancing drugs to the AFL in February 2013, triggering the infamous doping scandal.

Thompson was fined $30,000 for his part in the injections program and served as senior coach when Hird was suspended in 2014.

As part of his treatment, Ms Rea ordered Thompson to reach out to five people he cared about
each week. 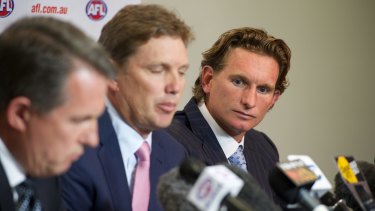 Essendon ‘self-reported’ to the AFL in February 2013. Credit:Wayne Taylor

Thompson says the reconnection with his loved ones, changed his life.

“It’s incredible. It was the most powerful thing that’s ever happened to me. It’s almost like the build-up of years and years and years of emotion, you know anger, the whole lot was released”.

It’s a lesson he wants others to hear.

“Think about what you’ve done and know that people who love you will forgive you for
whatever you do. Don’t avoid them” he said.

Thompson said he had found a purpose in his life away from the AFL bubble.

He’s taken up woodwork and has found that working on tables and cheese boards keeps his
mind focused.

“I’ve got the purpose and the purpose is to come and do some, some woodwork
with all my mates”.