In today’s AFL Briefing, your daily wrap of footy news:

Check back throughout the day for updates.

Holmes, Reid and McInerney face their moment of truth

Geelong wingman Max Holmes remains in the grand final mix but will need to step up his training before he can rubber-stamp a berth against Sydney on Saturday.

Described as a “genetic freak” by teammate Patrick Dangerfield, Holmes has hit what one source said were “modest” targets this week, but must now ensure his hamstring can stretch at full capacity. 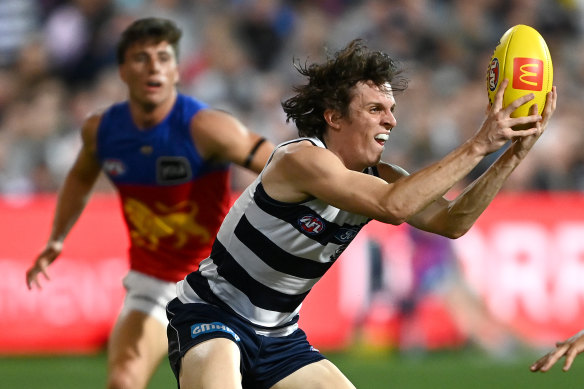 He trained well on Wednesday but was away from the main group and did not take part in match simulation. He has been running and kicking.

Holmes was one of the Cats’ best against the Brisbane Lions last Friday, having 12 touches and a goal, before hobbling off midway through the third term.

The Cats face a difficult decision because Holmes has been an important cog in their rise this season, but they cannot afford for him to be reinjured early in the grand final.

Irishman Mark O’Connor was the medical substitute last week and is a strong chance to replace Holmes should a change be made. Brandan Parfitt and Sam Menegola are also in the mix.

Reid, who has an adductor strain, and McInerney, who has foot soreness, must impress at a closed training session on Thursday. McInerney appears likely to play, but Reid is in significant doubt.

Carlton premiership great John Nicholls will present the Jock McHale medal to the winning coach on Saturday, coming after Paul Roos and Mark Thompson were unavailable.

Nicholls, the Blues’ team of the century ruckman, and one of the 12 inaugural legends of the same, said it was an honour to have asked.

“I’ve always regarded myself as a very loyal VFL and AFL person and if I get asked to do these things, you do them,” Nicholls, a five-time best-and-fairest winner, said.

Nicholls led the Blues to premierships as captain in 1968 and 1970, and was captain-coach in the famous 1972 victory, where a brilliant change of gameplan – the Blues attacked at all costs – was pivotal in what remains the highest scoring grand final of all time. 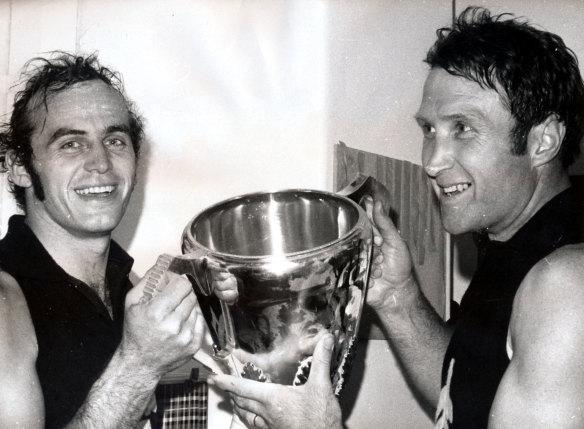 This is the second time Nicholls has presented the medal, having done so in 2009. Thompson, the 2007 and 2009 Cats premiership coach, and Roos, the 2005 Swans premiership coach, were eligible to do so but both are travelling and could not participate.

Nicholls said it was too tough to pick a winner on Saturday.

“It is a 50-50 contest. Geelong are the favourites, but Sydney in the last four or five games have been unbelievable. I wouldn’t choose one team over the other as I respect both teams so much,” Nicholls said.