AFLPA boss Paul Marsh has called on the AFL to involve the AFL Players Association when setting the terms of reference for the promised industry-wide review to ensure a culturally-safe environment exists across clubs and the wider industry.

The AFL indicated it would conduct that review next year when they released the terms of reference for the investigation into allegations of racism at Hawthorn between 2008 and 2016 on October 20.

In a statement announcing the terms of reference AFL CEO Gillon McLachlan had said the work would not end with the investigation.

“This is an incredibly important investigation and once the panel has reported back, we need to come together as an industry and coordinate a much wider response to ensure we have a culturally safe environment across all clubs and within the AFL ecosystem,” McLachlan said.

The AFL reaffirmed that initial commitment after they received an open letter from Arnold Bloch Leibler – the firm representing four of the families who contributed to the Hawthorn review into cultural safety at the club – late on Friday which said they would be prepared to participate in the investigation if they were confident the review would occur.

On Tuesday Arnold Bloch Leibler said the families would participate in the investigation but expected the league to detail “how and when it intends to commence this work, the terms of reference, who will undertake it, and if it will be open and transparent to the world.” 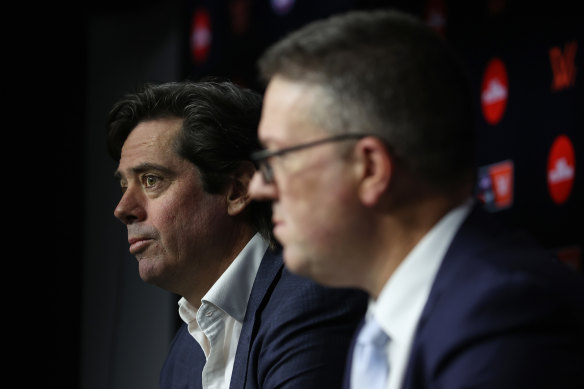 Marsh, who is also involved in negotiating a collective bargaining agreement for the AFL and AFLW in 2023, said they wanted to help set up a process that ensured the league was accountable.

“As we have said previously, ultimately the decision as to whether the players and their families are involved in the AFL’s process is for the individuals to make and we support their decisions to do so. They have, however only agreed to take part in this process on the basis of the AFL agreeing to a wider industry review and response into racism.

“This position aligns with the AFLPA’s on this matter and we expect to work with the AFL and other key stakeholders inside and outside the industry to determine the appropriate process and terms of reference to ensure accountability to the process and outcomes.”

Last week Marque Lawyers released a statement on behalf of Amy (a pseudonym), a Gunditjmara and Bunitj woman who alleges “she is the victim of appalling mistreatment by Hawthorn”, detailing why she would not participate in the AFL investigation.

Brisbane’s venue options for a home AFLW grand final are dwindling after cricket authorities ended any hope of a Gabba decider.

The top-of-the-ladder Lions will play a preliminary final next week at Gold Coast’s Metricon Stadium.

But they could be denied a grand final in their home state should they win, with cricket, concerts and construction thwarting their choices.

Cricket Australia and Queensland Cricket have rejected informal enquiries from the AFL to utilise the Gabba given the quick turnaround between T20 World Cup fixtures and next month’s Test against South Africa. 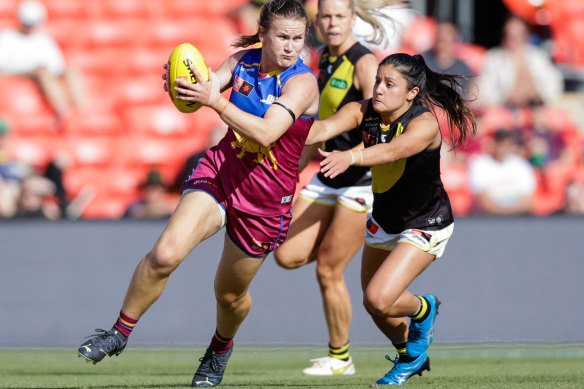 The ground will also host a Sheffield Shield game from December 1, a fixture deemed imperative to trial the surface before the Proteas clash with Australia from December 17.

The Lions’ newly built Springfield training base and stadium is complete but not yet ready to host fixtures, while the November 26 grand-final date is sandwiched between two pre-booked concerts at Metricon Stadium.

Moreton Bay Central Sports Complex, a boutique stadium in north Brisbane often used in the regular season by the Lions, is perhaps their last home-ground option.

While the AFL ticked off on Richmond hosting a semi-final at the 2800-capacity Punt Road this weekend it’s unlikely to be as accommodating for the season’s biggest game.

Speaking last week AFLW boss Nicole Livingstone had hoped a “great relationship with cricket” would lead to a solution.

But she said they would wait until the finalists were decided before a potential scramble with Melbourne venues Ikon Park and Marvel Stadium shaping as options regardless of who qualifies.

Richmond captain Katie Brennan is adamant about her side playing their AFLW semi-final at Punt Road, noting the Tigers have earned that right.

The AFL’s decision to hold the game against North Melbourne at Richmond’s home ground on Saturday afternoon is controversial on two counts.

Firstly, the venue only holds around 3000 fans and the tickets sold out in about a quarter of an hour.

Other suburban venues such as Victoria Park and Ikon Park have more capacity. 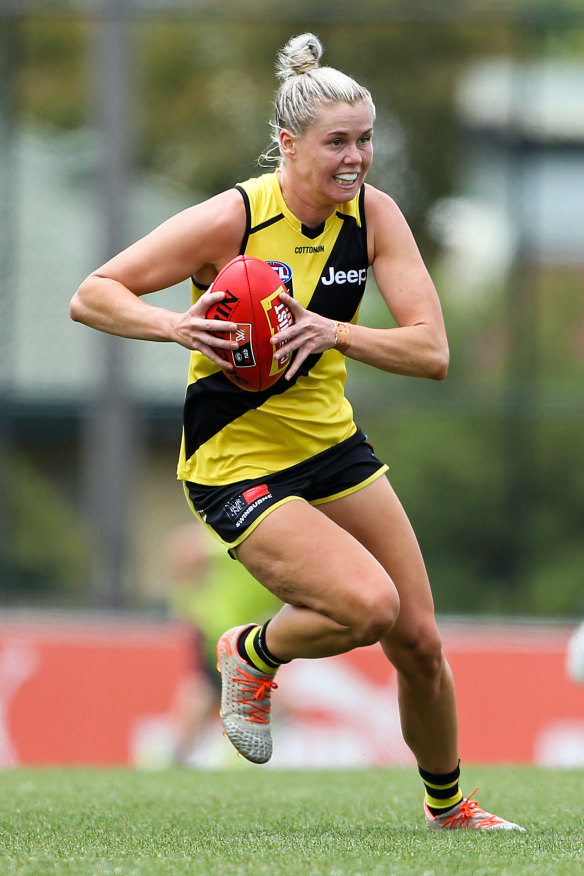 The game also clashes with the Matildas’ soccer friendly against Sweden at nearby AAMI Park.

Brennan was asked yesterday about the broader implications as the AFLW continues to grow, but the Tigers skipper and her teammates have a much narrower focus.

“For us, it’s a really exciting moment just to be able to play in finals and to play a home final,” she said.

“The decision was given by the AFL to Richmond … [around] where we wanted to play.

“To play at our spiritual homeland here at Punt Road is really exciting for us. We’re just backing in that decision.

“We just can’t wait to get out here on game day and attack the game against North Melbourne.

“There is the discussion around the home final and what that means, but for us, we’re just really focused on our performance.”

Brennan added playing at Punt Road would give them a potential advantage that they aim to exploit.

“It’s our spiritual homeland, we have a deep connection with this area.”

After struggling with a foot injury through season seven, Brennan demonstrated her standing as one of the league’s top players by kicking all three of Richmond’s goals in the qualifying-final loss to Brisbane.

Brennan now feels she is no longer a week-by-week proposition with the foot problem.

“It’s been a bit of a challenging one this (season), but I’ve been so well-supported by our medical team,” she said.

“We always have a joke that they’ll have to hold me back – and I will just grab a jersey and get out there anyway.

“I’m bullish about playing every game going forward and again, the medical team has done an incredible job, to manage the foot.”

She is guaranteed to start on Garner again.

“Meg has played an enormous role for us, week in, week out,” Brennan said.

“She earned her position in the team (with) just such a selfless act, by tagging the most respected opposition player in every team she’s played so far.

“She did an incredible job on Jasy Garner, who is one of the best players in the competition.

“No doubt Meg’s magnet will be up there, but it will also be a bit of a team role, to be able to support Meg – play our game, but shut down some of their weapons.”