The AFL has opened the door for an earlier start to Friday-night matches, declaring it will listen to supporters.

In a year attendances have dipped to 26-year lows excluding the past two COVID-ravaged seasons, one criticism has been the late 7.50pm starts on Fridays on the eastern seaboard. 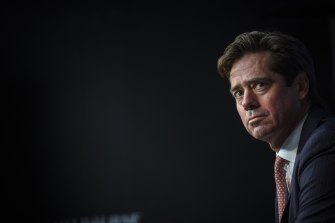 Thursday and Saturday night matches begin at least 20 minutes earlier but the late finish on the marquee night of the round has been seen as contributing to attendance and even broadcast ratings issues.

Two-time Geelong premiership forward Mathew Stokes says his leadership group at the Cats would have had stern words with Jordan De Goey after his latest incident.

Stokes faced his own ultimatum as a player in 2010 after being arrested by police for buying cocaine.

Damien Ractliffe here to take you through all the action.