After years of planning, production and anticipation, NASCAR and it’s manufacturers — Toyota, Chevrolet and Ford — unveiled their Next Gen car on Wednesday. Pushed back a year because of the global COVID-19 pandemic, the car is set to make its NASCAR Cup Series debut with the 2022 season-opening Daytona 500.

The development of the Next Gen car has been a collaborative effort between NASCAR and its manufacturers, and it’s designed to be more cost effective for teams, to be safer for drivers and to more closely resemble the products sold to the general public, compared with the current Generation 6 car. And, of course, this car is supposed to intensify the quality of racing.

“I don’t want to use the word ‘steroids’ – it’s just the car is more effective, and the car is more sensitive to changes and to feel. … You feel everything more vividly.”

2022 will be headlined by the Toyota TRD Camry, the Ford Mustang and the Chevrolet Camaro ZL1. pic.twitter.com/plphH4h7bt

In February, NASCAR announced the development of the Next Gen car was complete, and teams are expected to be able to begin building their new cars in the coming weeks.

Here are six things NASCAR fans should know about the new car.

The Next Gen car is very, nearly complete 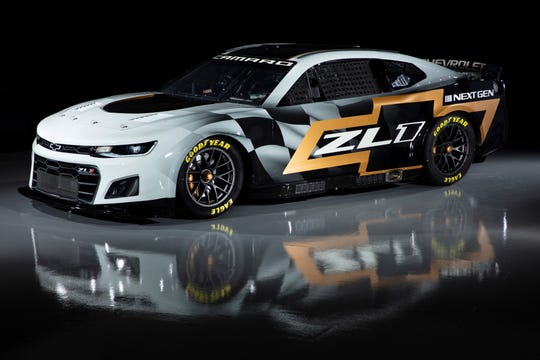 Although NASCAR announced that the development phase of the Next Gen car was finished in February and bodies for the three manufacturers were approved, there’s still plenty of work to do with tweaks and adjustments expected.

“This summer, shortly, the teams will be able to start purchasing parts and pieces. The chassis, the bones, will be available in the middle of June. So the teams will, over the summer and early part of the fall, start building the cars in their shops.”

And testing isn’t done either. In October, teams will test together at Charlotte Motor Speedway for the first time, Wilson said, with more tests set for November and December.

“To think that the car is going to be perfect right out of the box is not realistic,” he continued. “The reality is we’ll probably have to make some changes here or there the more time that we get with a car on track.” 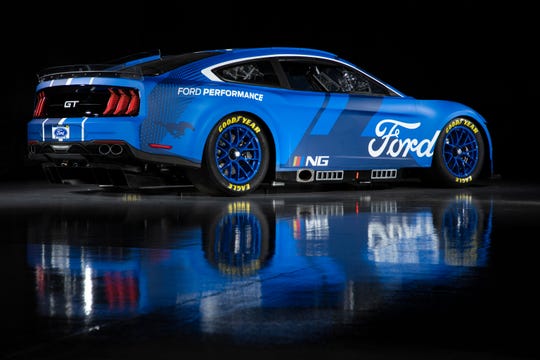 Comparing the Next Gen car to the current car NASCAR races or previous versions, Wilson described the new vehicle as “a revolutionary change” to the way the sport races.

“From a technological perspective, this car is new from the ground up,” he explained. “Literally, the only thing in common from what we’re racing today is the seat. The seat comes out, the rest of it is all new. And it’s kind of awe-inspiring in the fact that we’re going to see more change over the course of one year than the sport has seen cumulatively over the past 50 years. So, it is a big, big change.”

Details about the Next Gen car include a composite body and symmetrical car, independent rear suspension, 18-inch wheels instead of 15-inch ones and a new transaxle combining the transmission and rear gears into one package.

“The more common the cars get, the more the driver is going to be a big part of your setup,” Denny Hamlin said, via Toyota. “So as a driver, you try to find every advantage that you can. A lot of the cars that you’re going to be racing out there will be identical to what you have. … 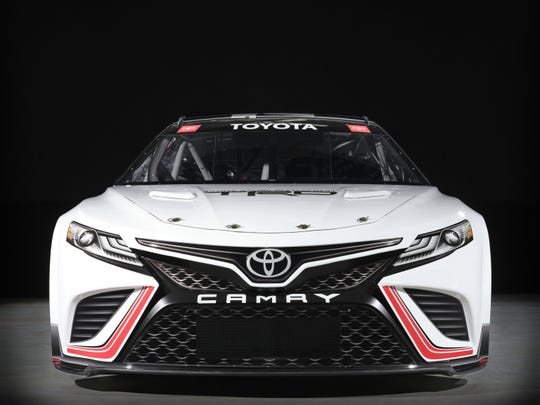 NASCAR says it’s always looking for ways to make its cars safer, whether that’s in response to terrifying wrecks or not. And the Next Gen car features several safety enhancements.

To start, drivers will be positioned closer to the center of the car.

“If you go back to the ’60s, that means the driver was clearly in the driver’s seat on the left side of the car,” Wilson said. “But certainly what we’ve come to learn, and what’s pretty intuitive, is if you can get the driver into into the middle, that’s even better.”

In addition to moving the seat, the Next Gen car will have additional roll bars, making the roll cage “more robust,” he added. And while the current car has some foam inserts to absorb an impact, the new one will have even more.

“There’s also some foam inserts between the chassis [and the] nose/tail, not dissimilar to to some of the production cars. So we’re we’re confident that not only will these cars, again, look great, but from a safety perspective, there are definitely going to be a step forward for the industry.”

The Next Gen cars will sound a bit different on track, but they'll look like what's being sold to the public

Compared with the current Gen-6 car, Wilson said the Next Gen car will sound a little different on track because the exhaust routing is different. However, he noted they’ll still have that “deep-throated V8 [sound] that the fans love.”

What do drivers think?

After testing the new car at Richmond Raceway in March, Bubba Wallace said: “The car sounds really cool; from the inside it sounds really mean.”

Ask and you shall receive 🙌#NextGen | @BubbaWallacehttps://t.co/uyZrHOeAuvpic.twitter.com/PFM0dD3z35

“It sounds cool I think,” Martin Truex Jr. said (via NASCAR) after testing with Busch at Charlotte late last year. “I don’t know what it sounds like from up in the grandstands. In the pits, I feel like it sounds pretty good. I think it sounds pretty cool and badass when you’re driving it. It’s throaty, deep sounding.”

Busch agreed with Truex and added: “It even sounds roadier and deeper. The sound was very cool. I don’t get to hear cars a lot because I’m in the car racing, but to hear Truex go around and to hear the split exhaust – one pipes out the left, one pipes out the right – that’s an old-school, Trans-Am-style thundering power feel.”

The NEXT GEN is in #[email protected] | @Blaneypic.twitter.com/qm7niunVoH

Also, ever notice how the Mustangs, Camaros and Camrys currently on the track don’t exactly resemble what you’d find for sale at a dealership? The Next-Gen car is designed to change that for the three manufacturers.

“It’s much more coupe-like in appearance, more aerodynamic in appearance,” Wilson said. “So the fans, what they will definitely see is the Mustang and the Camaro and the Camry will look much more like the cars that we sell today. And it’ll be much easier to differentiate the three manufacturers.” 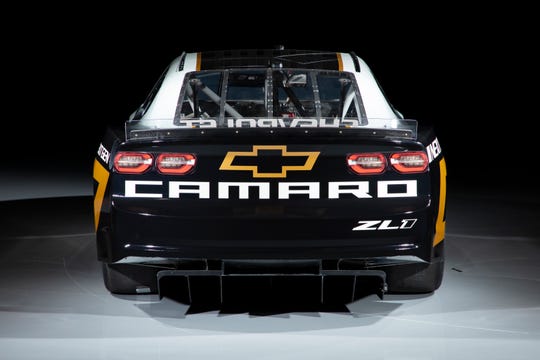 Relative to NASCAR’s current car, expect the speeds to be similar, Wilson said, with 670 and 550 horsepower, depending on the track.

“What we’ve worked with NASCAR on is, from an aerodynamic perspective, getting the cars to a place of parity, as well as performance,” he explained.

“One of the biggest challenges is the shape of our Camry inherently is different than the shape of Ford’s Mustang and Chevrolet’s Camaro. So how do we design them in a manner where there’s still the fairness aspect and parity? Basically, we do that with a lot of supervised wind-tunnel testing with NASCAR, so we’re in the same kind of aerodynamic box.”

The Next Gen car was created with the future in mind 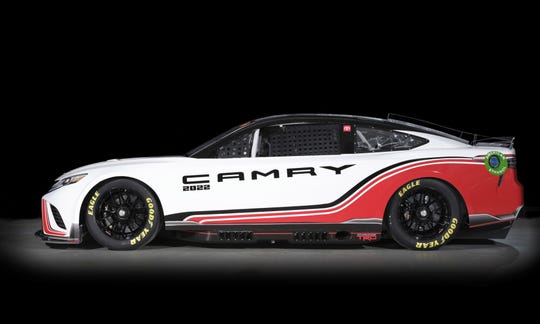 While building the Next Gen car, NASCAR and its manufacturers left room for this car to be adapted with future technologies, like electrification. The new car has the ability to incorporate a hybrid component without completely creating a new car.

“And this Next Gen platform is, as we call it, package protected, to allow us to add a hybrid system when we’re ready. So we wanted something that was adaptable, that as technologies evolve, we wouldn’t have to do a complete tear-up, which would put a lot of undue fiscal pressure on our team partners.”