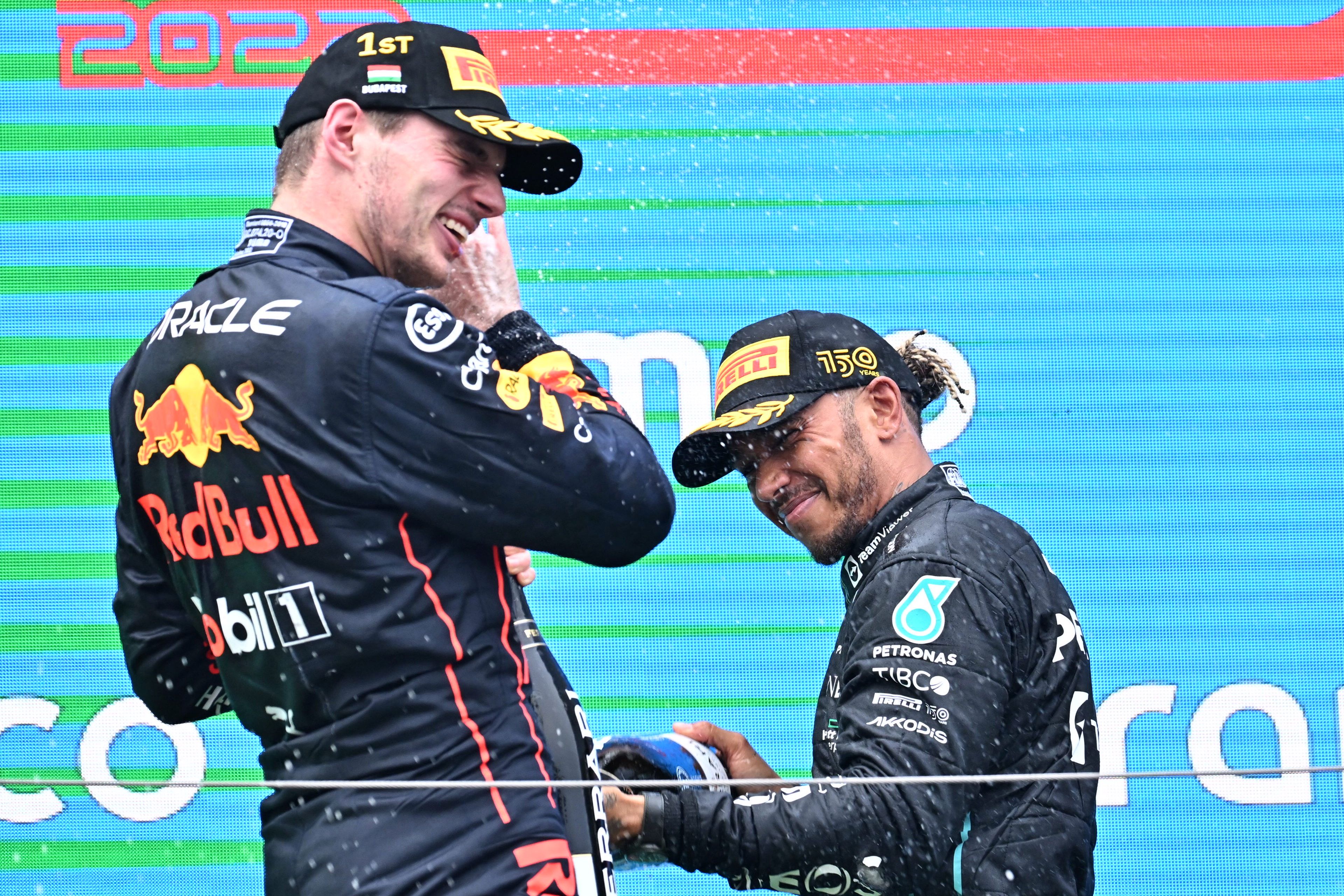 Formula 1 world champion Max Verstappen has condemned the behaviour of his own fans who burned Lewis Hamilton merchandise at the Hungarian Grand Prix as ‘disgusting.’

Footage posted online from Friday night at the Hungaroring appeared to show one fan, in among a crowd of people wearing Red Bull Racing teamwear and orange/Dutch clothing, dancing while waving a burning Mercedes cap in the air.

Verstappen and Hamilton engaged in one of the most intense title battles F1 has produced in its seven-decade history last season, with the Dutchman eventually taking his maiden championship at the controversial season-ending Abu Dhabi Grand Prix.

Both drivers repeatedly clashed on track and team principals Christian Horner and Toto Wolff traded frequent barbs in public, as the relationship between both camps deteriorated across the course of the season.

This year, Verstappen fans have been accused of being aggressive to Hamilton and/or Mercedes supporters at various grands prix.

Now the driver himself has condemned the behaviour of those who claim to support him.

‘That’s of course not acceptable,’ Verstappen said. ‘I mean, these individuals… No, I definitely don’t agree with that because that’s just disgusting.

‘But overall, I think the majority of the fans which also were cheering a lot, I think throughout the race and also on the podium for every driver, I think that’s how it should be. ‘And yeah, those videos, or video, of burning merch I think that’s disgusting.’

F1 is contending with an increase in anti-social and abusive behaviour from fans attending races. At the Austrian Grand Prix in July, various reports of sexist, racist, and homophobic abuse were made by attendees about their fellow race-goers.

Last week the sport and all its ten teams released a video as part of a campaign called Drive It Out, which aims to reduce instances of abuse and anti-social behaviour from race-goers against fellow fans, journalists, personnel and drivers.