Valtteri Bottas has hailed former Mercedes boss Toto Wolff as being ‘tough but supportive’ during his time with the team. Bottas left the Silver Arrows after the 2021 season to join Alfa Romeo, replacing 2007 world champion Kimi Raikkonen after the 42-year-old opted to retire.

Bottas was swiftly replaced by George Russell, who has impressed immensely, but the Finn enjoys a relationship with Wolff that stretches further back than the 2017 season when he joined Mercedes following the shock retirement of Nico Rosberg. In fact, Bottas began working with Mika Hakkinen, Didier Coton and Wolff in 2007 – when he was an F2 driver.

Once he joined Mercedes, Bottas enjoyed the most successful period of his career while piloting a competitive car at the front of the grid. The 32-year-old won 10 races and helped the team secure five consecutive Constructors’ Championship titles.

Despite switching to Alfa Romeo, Bottas is under no illusions when it comes to the impact of Wolff on his career. Speaking on the Motor Sport Podcast, Bottas said: “He’s had a big influence on my career, no doubt. 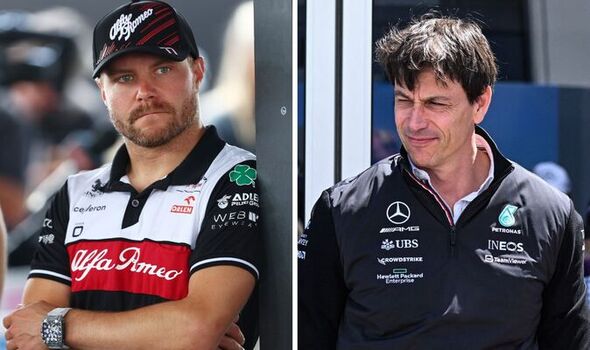 “He was one of the first guys who reached out to me in 2007. In the end, the management team that I had, early on in my career from 2007, was Mika Häkkinen, Didier Coton and Toto. So pretty strong group with lots of knowledge and good backing.

“With Toto’s support, no doubt, it made a big difference to my career. Obviously, he was involved at Williams, and then he became involved at Mercedes and then it was kind of weird to try and discuss the contract with him. Because before that he was a manager but now we’re on other sides of the table.

“He can be tough but he was always so supportive. He’s one of the key persons, for sure, why I’m here at the moment, driving still.”

A trio of mentors do not get much better than the three men who guided Bottas through the sport, including compatriot and two-time world champion Hakkinen. He revealed Wolff made navigating the world of F1 easier for him, while he also praised the roles of Hakkinen and Coton. 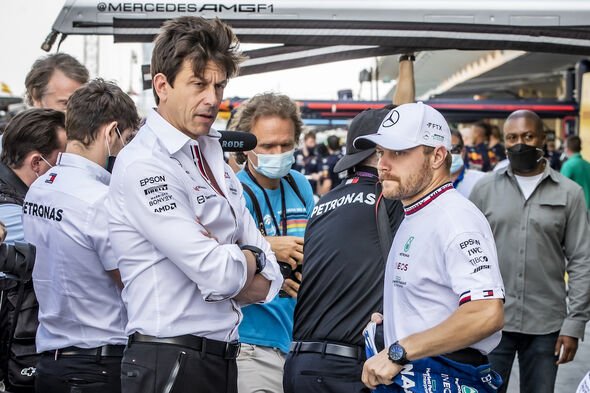 “I think they were doing things together,” Bottas said. “For sure, Toto’s involvement, like personally with the teams that I was driving for, it made a difference. And you know, he was within the team.

“So for sure, he did talk to them, management and so on. That made a huge difference. But also Mika’s role was also trying to open doors, because everyone still appreciates Mika a lot. And if he says something people listen.

“Didier’s experience in Formula 1 management, how things work, contracts, everything, it was also useful assets. So really dynamic team I would say and then it was only up to me to perform.”

The 22-race F1 2022 campaign continues with the British Grand Prix at Silverstone on July 3.