Toto Wolff has admitted he has already spoken to Lewis Hamilton about the seven-time champion’s retirement plans. The Mercedes boss said the pair discussed how long the partnership between Hamilton and Mercedes could continue after wild speculation over when he could leave F1.

Hamilton’s current Mercedes deal expires at the end of the 2023 season meaning he only has a year-and-a-half left. With Mercedes struggling to match the pace of the frontrunners and Hamilton finding himself in midfield battles, many pundits have claimed he could be set to walk out.

However, Wolff claimed the pair discussed continuing for more than five years which could see Hamilton continue until past the age of 40. The Austrian team principal even claimed the Mercedes driver could break records for entering the highest number of F1 races and even win more titles.

He said: “We talked a few weeks ago about how long a partnership can go and the figure discussed was about five to 10 years, so I think we can go to 400 [races]. Someone said you have to win the eighth [world title], so why not 10?” 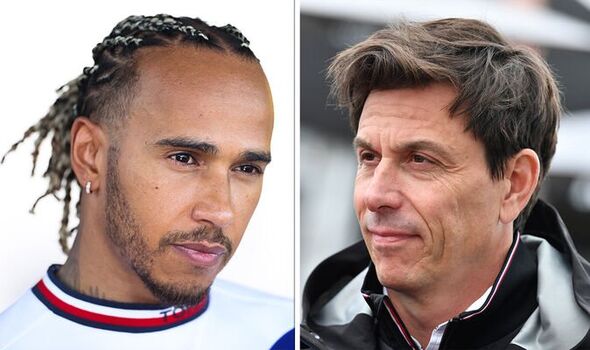 However, Wolff’s comments seem to contradict previous statements made by Hamilton over his F1 future. Last year, the Mercedes star hinted he would leave the sport at the end of his current deal and would definitely not remain past the age of 40.

The multiple champion said he was “only here to win” and admitted he would not stay in F1 to just “trundle along”. Hamilton also revealed he would likely have “something else exciting to do” past the age of 40 even if the Briton would miss F1.

Hamilton explained: “When I’m 38 there’s going to be a point in which I’m going to want to move on to do different things. I guess it just always comes down to how I never do anything half a***d so I’m not going to do it at 80 per cent, 70 per cent and just trundle along. There are people that can do that but I’m only here to win. 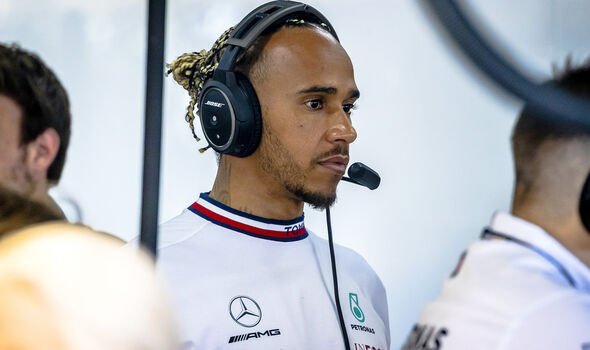 “If there’s ever a point that I feel that I don’t want to commit the time or the effort, the mental time and energy that it takes, that will be the time for me to stop. I don’t plan to be here till I’m 40. I hope I have something else exciting to do beyond but regardless, no matter what time I stop, I’m going to miss this sport.”

Hamilton joins F1 legends such as Fernando Alonso, Rubens Barrichello and Michael Schumacher in starting 300 F1 races this weekend. Kimi Raikkonen holds the current record with 350 starts but Hamilton could break this in another two seasons in the sport.