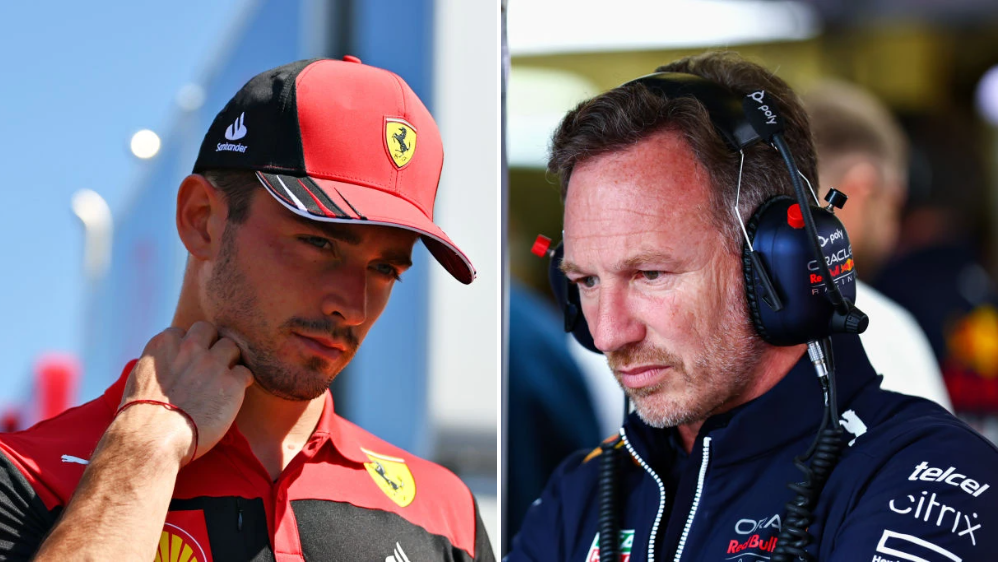 Red Bull team principal Christian Horner does not consider Charles Leclerc to be a ‘crasher’ even after the Ferrari driver’s costly mistake at the French Grand Prix.

Leclerc started Sunday’s race from pole and did well to hold off Max Verstappen in the opening stages, and it seemed like fans were in for a tantalising race at the Circuit Paul Ricard.

However, on lap 18, just two laps after the Red Bull driver boxed, Leclerc spun off into the barriers and was forced to retire then and there, essentially handing the victory on a silver-platter to Verstappen.

This is the latest in a long line of self-inflicted crashes the Monegasque has suffered, the most recent being at Imola where, while chasing Sergio Perez for second place, he spun into the barriers and as a result dropped off the podium, eventually finishing sixth.

With crucial points continuously being thrown away, some have labelled Leclerc as a ‘bottle-job’ or ‘crasher’ but when the latter term was put to Horner on Sky Sports after the French Grand Prix, he replied: ‘I don’t think so.

‘I don’t know whether anything else contributed to his accident. He’s a very strong driver.

‘I mean, these two guys [Leclerc and Verstappen], they are operating and pushing each other so hard. And these cars are right on the edge in these conditions.