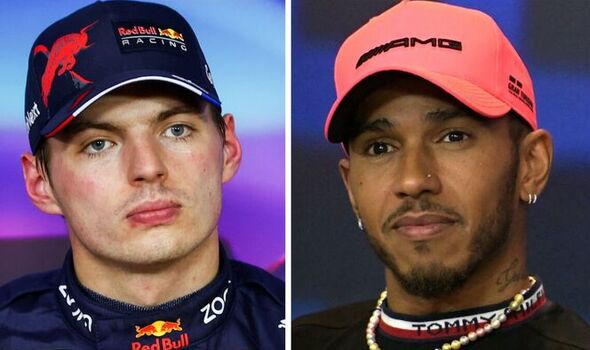 F1 world champion Max Verstappen has spoken of the ‘mystery’ which affected rivals Mercedes as Lewis Hamilton finished fifth in qualifying for the Abu Dhabi Grand Prix. The Silver Arrows had looked to have turned their form around after George Russell won last week’s Brazil GP with Hamilton close behind in second.

However, a familiar story for the season returned in Abu Dhabi as Red Bull dominated qualifying with Verstappen in prime position for a record-breaking 15th race win of the season. Rival Hamilton struggled for pace earlier in the season but Mercedes seemed to have solved their early car trouble with the British driver finishing second in the last three races.

Verstappen lacked pace last week in Brazil finishing sixth, a position ahead of team-mate Sergio Perez. Speaking in the post-qualifying press conference, the Dutch driver was asked if the course layout contributed to Mercedes starting further down the grid.

“Maybe the layout, but honestly it is a bit of a mystery,” Verstappen told the Formula 1 website. “But even for us we didn’t expect to be so slow in Brazil so clearly we don’t always seem to understand where we are really good or just pretty average.

“But a little surprised, but I mean, who knows, maybe they focus more on the long run and sacrifice a little bit of one lap performance. You never know.” Hamilton also faces losing an incredible record which has seen him win at least one race in all of his 15 seasons.

If the seven-time world champion is to clinch his 104th F1 grand prix win the British driver will have to pass both Red Bull and Ferrari. That looks unlikely after problems that had plagued the Silver Arrows earlier in the season, including the car bouncing, returned in Abu Dhabi on Saturday.

“We thought that this would be a difficult race, but through the weekend so far we weren’t looking like we were eight tenths down,” said Hamilton. “So it’s a bit of a surprise in qualifying to be so far behind them. Bouncing is back with a vengeance, and that’s definitely losing us time. Otherwise we’re just pretty slow on the straight.

“I had some brake problems, we’ve had it most of the year. The brake discs separating in brake temperature. So when you hit the brake the car pulls in one direction. Like if you’re going into turn five, the car is pulling to the right and it’s a left-hand corner so not ideal.”