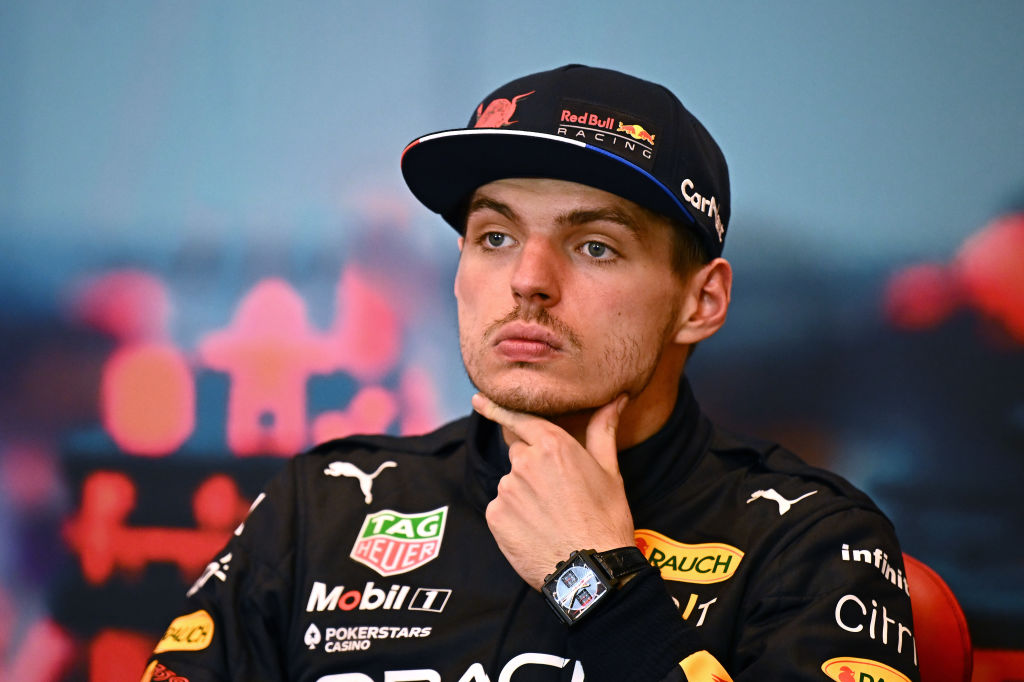 Max Verstappen says he is out for revenge at this weekend’s Azerbaijan Grand Prix after he was cruelly denied the victory at Baku last season.

The Dutchman was comfortably leading last year’s race at the Baku City Circuit when one of his tyres punctured on the high-speed main straight, sending his Red Bull into the wall and out of the race with just five laps remaining.

Now, Verstappen is determined to right that wrong and win his first race at a track that has become renowned for chaotic action and big crashes.

‘I’m looking forward to returning to Baku, we have some unfinished business there after last year,’ the reigning world champion said.

‘It’s a tricky track with big braking zones and a tight run off, finding the best set-up for the car will be difficult in terms of making sure we get the correct wing level.

‘It will also be interesting to see if we can make our one lap performance better for qualifying as we’ve been lacking a little.’

Verstappen leads the 2022 standings ahead of Ferrari’s Charles Leclerc, but he will face stiff competition to extend it in Baku, not least from his teammate Sergio Perez who has a great record at the circuit that includes winning last year’s event.

The Mexican won the previous race at Monaco and now finds himself unexpectedly in the title race, and he is confident of his own chances this weekend.

He said: ‘Today I think I am in the best moment of my career and driving for a team that always seeks perfection, which is the perfect match for me and for any driver.

‘The championship fight is really tight, so we need to be totally focused. It was very special winning my first race with the team in Baku last season, it brought me great joy.

‘I like street circuits because it is where the driver can really make the difference, of course it is easier to make a mistake when you’re trying to go on the limit, but at the end of the day that is what gives you the tenths you need to be competitive.’