Lewis Hamilton’s brutal fallout with Fernando Alonso: ‘He was angry!’

Fernando Alonso hailed Lewis Hamilton as an F1 legend this week as the seven time world champion prepares to start his 300th race at the French Grand Prix this afternoon. Speaking on Thursday, Alonso said: “He has been a tremendous driver and a legend of our sport. “It has always been a pleasure to share the grid with him. “He had the talent in 2007, and he still has the talent now, but with the experience.

“Back then, no one thought someone would be able to win seven titles as Michael did, but the journey he has had has been amazing.

“Congratulations to him on reaching 300 and hopefully he will get another win soon.”

Hamilton started his F1 career alongside Alonso at Mclaren in 2007, and while the drivers share a good relationship now, it has not always been this way.

As teammates, they regularly fell out, as was highlighted in a biography of Hamilton by journalist Frank Worrall.

The book, titled ‘Lewis Hamilton: The Biography’, published in 2021, shared insight into the relationship Hamilton had with his Spanish teammate. 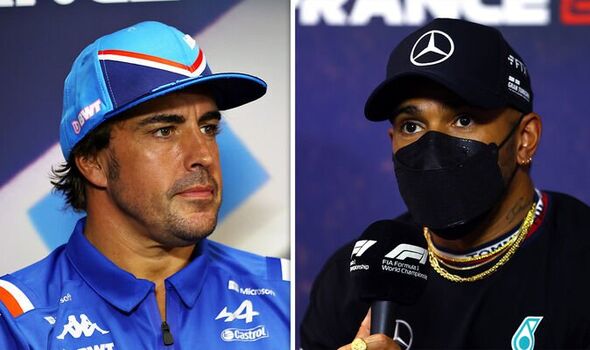 In it, a source described as an insider at McLaren said: “It caused a lot of commotion when the press said we favoured Lewis because he was British.

“This was a lie; we were a team and owed everything to McLaren. Ron (Dennis, then CEO of McLaren) wouldn’t allow that to happen.

“Lewis was unique, he applied himself more than most experienced drivers and unlike the rest was touched by a magic wand.

At the time of the book’s release – November last year – Alonso opened up on what happened in 2007, and described how his relationship with Hamilton has evolved over the years. 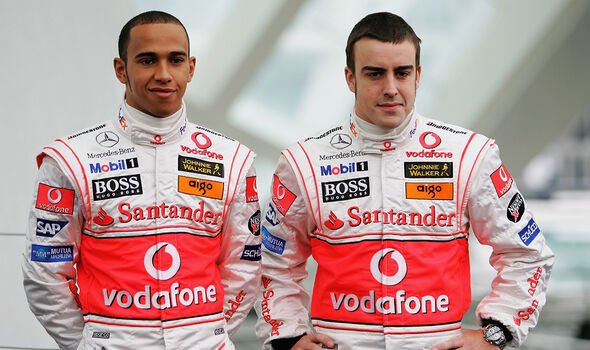 “We understood that in 2007 we were not very well managed by our bosses.

“Then we were both very young and very competitive and we needed some kind of guidance and we didn’t get it.

“Now we have this respectful relationship, but maybe it is colder than it used to be.

“We have different opinions on different things. Lewis has a different lifestyle to many of us and that separates us.”

It appears the relationship is a lot warmer now – not only has Alonso described Hamilton as a “legend”, but the Briton also said this week that his Spanish counterpart is his toughest ever opponent in F1. 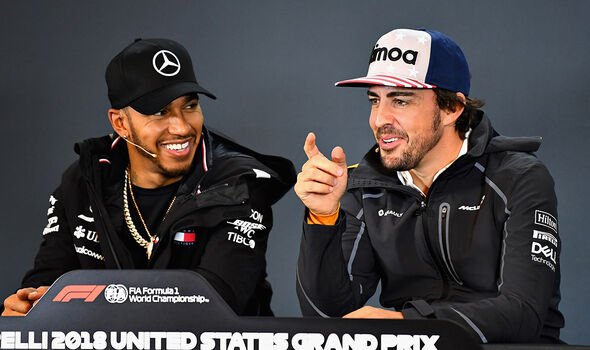 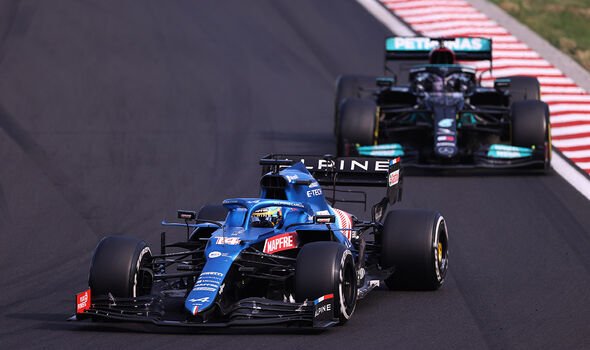 In a press conference prior to this week’s French Grand Prix, he said: “I think it’s difficult to say who has necessarily been the strongest competitor.

“Because every time you’re with someone, you’re in a different place in your life.

“I remember the task of being alongside Fernando when I was 22. I was so young mentally and, of course, okay in terms of skill, but it’s a lot of pressure to go up against a great like Fernando.

“I would say on pure pace, Fernando [is the toughest]. We had some good battles.”

The French Grand Prix gets underway at 2pm.