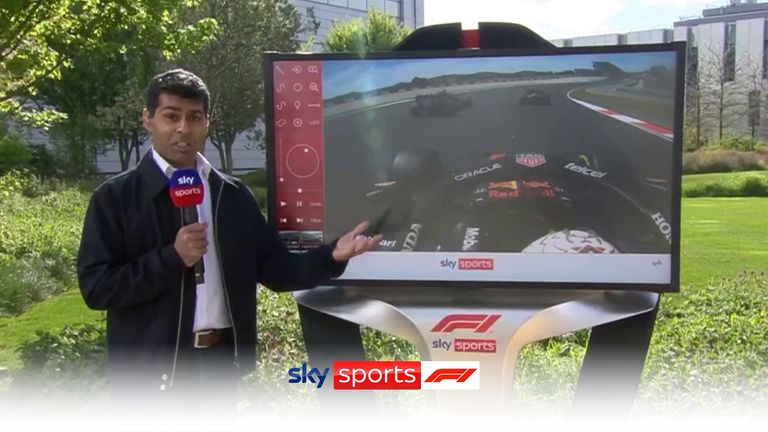 Lewis Hamilton has explained how he overcame his own mistakes to brilliantly win the Portuguese GP – and why he is enjoying the “awesome” battle between Mercedes and Red Bull at the start of F1 2021.

The Briton’s second win in three races this season, and the 97th of his career, was achieved after overtaking both of his chief rivals at Portimao – Red Bull’s Max Verstappen and Mercedes team-mate Valtteri Bottas.

But Hamilton says he had complicated the situation for himself by being caught out between Bottas and Verstappen as the early-race Safety Car ended at the end of lap six, dropping behind his chief Red Bull rival to third.

“What a race! It was awesome,” a jubilant Hamilton told Sky Sports F1.

“The start I was obviously putting pressure on Valtteri, very difficult to pass, but I thought I was going to get him. “Then we got the Safety Car and I did everything to keep the temperatures right in the tyres but the restart, I literally took my eyes off Valtteri for one second to see where Max was and Valtteri had gone.

“So that was a mistake.

“Then following that, one other mistake was that I was in the tow of Valtteri and I just should have just stayed there. But instead I moved over and gave Max the tow and he came flying past me.”

Recounting in the press conference how he had felt in that moment as his big title rival sailed past into Turn One, Hamilton admitted: “I was like, ‘you idiot’, to myself you know!”

Yet, unfazed by the setback, third place became first within the space of 13 laps.

“That made my day a little bit harder but that much more enjoyable to be fighting these guys,” the seven-time champion explained to Rachel Brookes.

“There was a moment I fell back from them but gradually got closer and just waited for the right moment. It came when Max made a mistake and then I just had to make sure every chance you took.”

“But when you’re behind that’s exciting for me. I love the battle. That’s what I’ve loved since I was a kid when I went karting.” 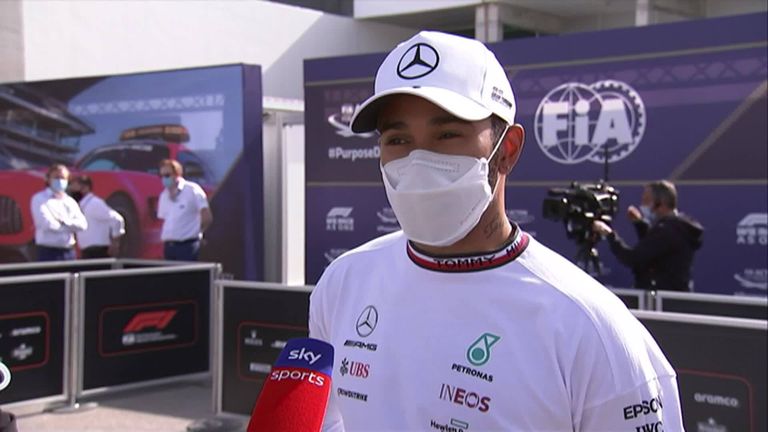 Just eight points separate Hamilton from Verstappen after the opening three rounds of 2021 – and there is no sign that the early-season battles between Mercedes and Red Bull will become any easier to call anytime soon.

“As you can see I think it is a great fight between Mercedes and Red Bull and I’m sure also down the field and we will be pushing each other right to the last race,” said Hamilton, chasing a record eighth world title this year.

“We’re going to be sick of each other at the end I would imagine or sick of racing, because there are so many races.”