Lewis Hamilton has claimed Mercedes are “not miles off” after a promising second practice session at the British Grand Prix. Mercedes have introduced a range of new upgrades this weekend in a bid to close the gap to Max Verstappen and Charles Leclerc.

When asked if he could feel the upgrades working across both sessions this weekend, Hamilton issued a major warning to his rivals. He told Sky Sports F1: “We’re fighting the car a little bit. Our long run pace isn’t as good as the other guys but it’s not miles off.

“We’ve definitely made an improvement. I’m sure overnight we can work and improve the car a little bit more.” 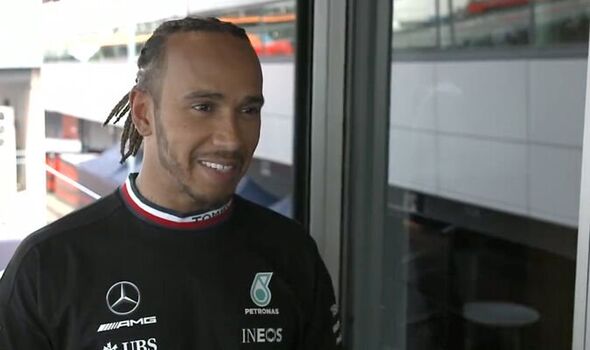 Hamilton was quick enough for second in FP2, setting a time just one-tenth slower than Carlos Sainz who was fastest for Ferrari. However, the seven-time champion did complain of bouncing during the opening stages of the session.

Speaking after FP2, Hamilton added: “Yeah. Feeling pretty good. It’s bouncing still quite a bit, not necessarily in a straight line but through the corners it’s pretty harsh.

“Not physically harsh but just in the car on the tyres and everything. So we still have work to do but it feels like a small step forwards, just got to keep working.”