Lewis Hamilton and George Russell will enjoy “big ticket” upgrades at the British Grand Prix in a bid to close the gap on Max Verstappen and Red Bull. Mercedes have made sweeping changes to their car for Silverstone with a new wing and new floor the headline changes.

Sky Sports F1 host Ted Kravitz claims the changes could give the Silver Arrows an advantage of a “few tenths per lap”.

“Underneath this bit where it says E Performance, these flick ups, these different bits of the floor to try and seal it off and to stop air escaping out just to help the air flow not cause any of the bouncing and porpoising, that’s new. It’s a new rear wing, just adding more downforce. It’s a new front suspension, the front suspension looks the same to us but believe me it is new. 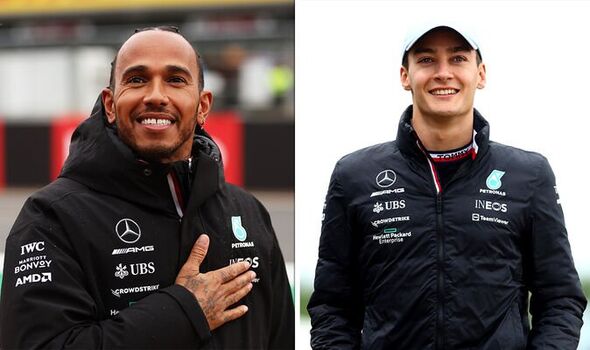 “And there is a new sidepod inlet in there as well which is slightly smaller fry when we are looking at the changes. But the new wing and the new floor really are big ticket items even though Mercedes themselves are describing it as a modest upgrade.

“How much do they think it’s going to give them? In the region of a few tenths per lap if they are generous and optimistic about it. Is it going to change their season? Well every little bit helps.”

In the run-up to the British Grand Prix, Mercedes claimed they were cautiously optimistic they could challenge near the front at Silverstone. 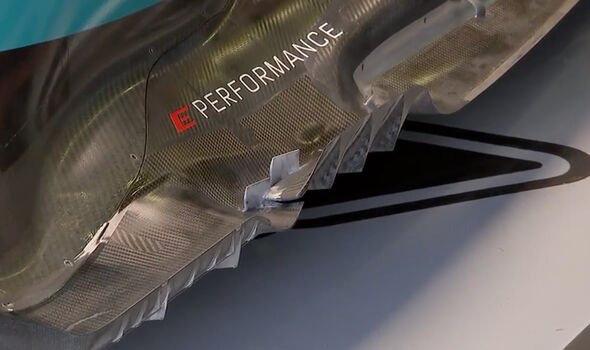 Alongside the changes, Mercedes are also expecting the dynamics of the Silverstone track will also play to their advantage. The Silver Arrows have fared better on smoother surfaces at purpose-built tracks this season.

George Russell also raised expectations last night, claiming he and Hamilton had what it takes to win on home turf. He added: “We have relative faith that this will be a more competitive weekend for us, not only just with the upgrades, but just with the nature of the circuit.”