Lando Norris has called on the FIA to make urgent changes to kerbs on safety grounds after a string of heavy accidents. The McLaren star took aim at sausage kerbs – raised planks placed above the tarmac to stop drivers leaving the circuit – warning they can “launch” cars into the air.

Norris’ comments come a week after Dennis Hauger slammed into the side of Roy Nissany’s halo device at Silverstone’s F2 race after striking a sausage kerb. Last weekend, Henrique Chaves was also involved in a heavy accident during the World Endurance Championship race at Monza.

The Portuguese driver lost control and smashed against the sausage kerbs at high-speed, forcing his Aston Martin into a roll in a horrifying shunt. Speaking in his Telegraph column, Norris claimed the issue needed to be sorted out “sooner rather than later”.

He wrote: “I have been critical of raised kerbs in the past, but I think it is time we acted on these warnings and removed them from our sport.” He added: “With Formula One cars running lower to the ground than ever, and stiffer than ever, we need to act because when these cars hit these kerbs, you do not ride them. 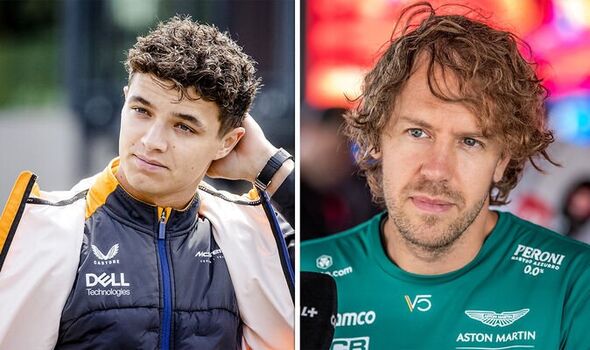 “You can be launched into the air. Cars can pop up, do big wheelies and then slam back down again, which can be very painful on the back. Chaves’s crash last weekend is a reminder that we cannot let this drag on. Issues such as sausage kerbs are, in my eyes at least, a critical topic that we need to sort out sooner rather than later.”

In a separate interview, Norris has disagreed with Sebastian Vettel over how to handle abusive fans at race events. Four-time champion Vettel called for anyone caught being abusive should be handed a lifetime ban from motorsport events.

However, Norris hit back at the decision, claiming spectators should only be stopped from attending on a temporary basis. 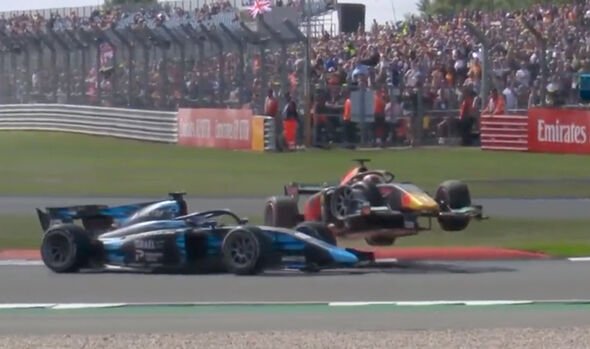 He explained: “I think the first thing that can be done is if you get caught doing it, maybe you get a one-year ban from coming to the races or something like that. You never want that side of it to be happening, especially when fans are pretty much the main reason the whole sport goes along and happens every weekend.

“If someone says something bad, just kick them out for a while.”