George Russell did a magnificent job stepping in for Lewis Hamilton at the Sakhir Grand Prix and he explained his feelings after missing out on the first F1 win of his career. Williams granted the 22-year-old permission to race for the world champions because Hamilton contracted coronavirus.

Once the lights went out it only took Russell four corner to overtake his Finnish ally and take the lead.

Russell comfortably remained ahead of the pack for the majority of the race but then disaster struck.

Mercedes called both cars into the pits and got it horribly wrong. Bottas’ tyres were attached to Russell’s W11, meaning Russell had to return to the pits on the next lap.

The youngster then got a late puncture late on, forcing him to pit again. 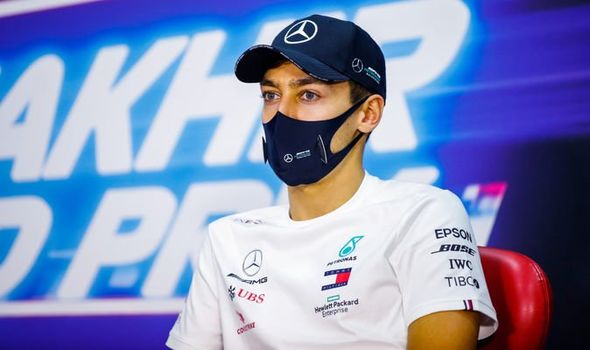 Russell still managed to snatch ninth place and the first F1 points of his career but he was left slumped at the side of the track in the aftermath of the race.

He claims to have gotten over the severe disappointment and draws only positives from the experience.

“It’s not eating me up inside, because I see the race almost was a victory in itself with how everything panned out,” Russell told Autosport.

“That’s what I’m trying to tell myself anyway to get over the disappointment of losing it!

“I think the pitstop fiasco almost gave me that opportunity to go out there and show what I can do in a very difficult circumstance – when the pressure is high.

“We had the race well and truly under control, and then suddenly, I’m back in fifth and I’ve got my team-mate ahead of me in the same car as me, who I knew was going to be incredibly tricky to overtake.”

He added: “Nobody could have predicted the events that happened,” he said. 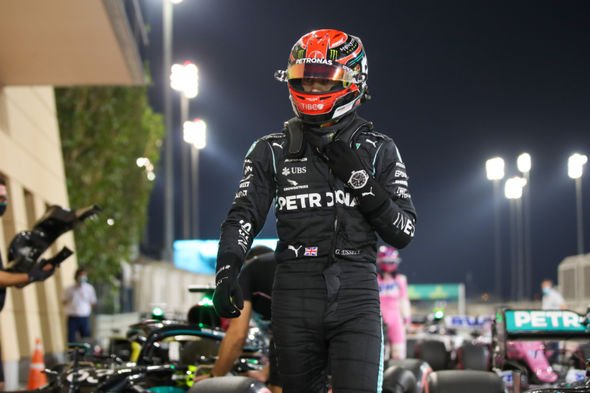 “We’d spoken about this in the past and it was a ‘no go’. But fortunately, the new owners were very open, and they wanted to give me that opportunity. Potentially, to see how I would perform as well.

“So I didn’t even think that possibility [was realistic] even if Lewis or Valtteri [Bottas] were to miss a race. I didn’t think it would be possible anyway.”