Hamilton jokes that Russell should 'do the experiments' for Mercedes

Lewis Hamilton joked that George Russell should be the one to take on the role of Mercedes’ lab rat as the team’s struggles continue.

Having been the fastest team in Formula One for the last eight years, the Silver Arrows currently trail Red Bull and Ferrari in this season’s constructors’ standings.

F1 introduced new ground-effect aerodynamics this year and Mercedes have faced more problems with porpoising and bouncing than any other team. 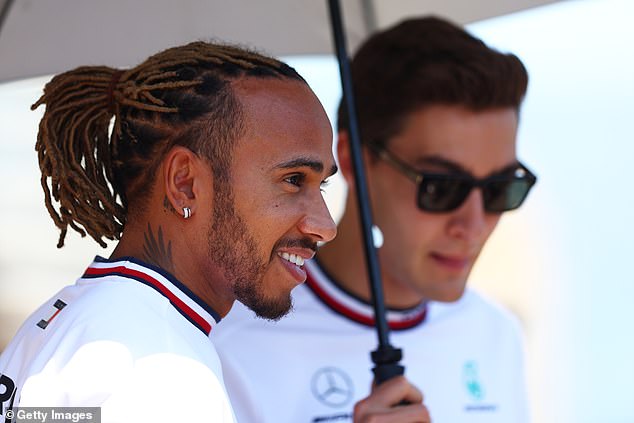 As a result, they have used the practice sessions to trial different set-ups in their new W13 car and Hamilton has taken the brunt of most of the experiments.

During FP2 in Montreal last weekend, the seven-time champion was heard over the radio describing the car as ‘undriveable’ and later admitted that the problems were ‘only getting worse’.

Despite this, Hamilton did manage a podium finish at the Canadian Grand Prix by placing third and was able to give a wry smile afterwards.

‘Yeah, maybe in the second half of the season George can do the experiments!’ Hamilton joked. 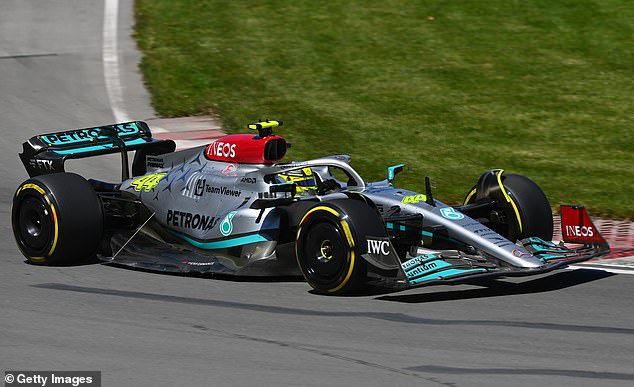 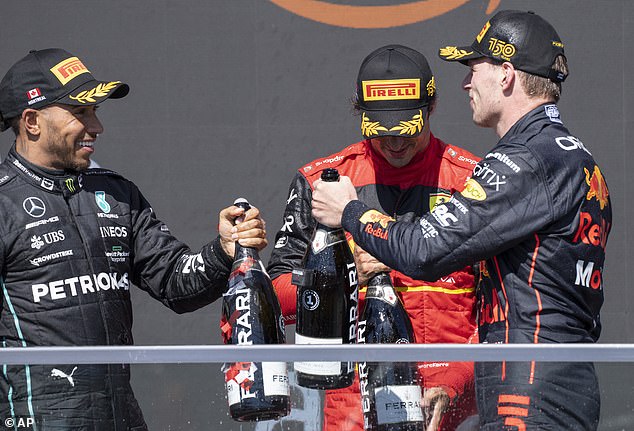 But despite his complaints, Hamilton ended up finishing third in the Canadian Grand Prix

‘We’re just trying to work… we’re just trying to progress as a team. And yeah, I think moving forward, I think we’ll be a little bit more cautious on doing too many experiments as it really does hinder you through the weekend, especially if you only have practice one and two in the dry and don’t get a FP3, for example.

‘So yeah, I think there’s lots of learnings from this weekend, and improvements that we can make moving forwards.’

Montreal was only Hamilton’s second podium finish of the season after also placing third on the opening weekend in Bahrain. He is sixth in the Drivers’ Championship, 98 points behind leader and reigning champion Max Verstappen.

Russell, who finished fourth in Canada, is fourth in the standings having finished ahead of Hamilton in seven out of the nine races so far. 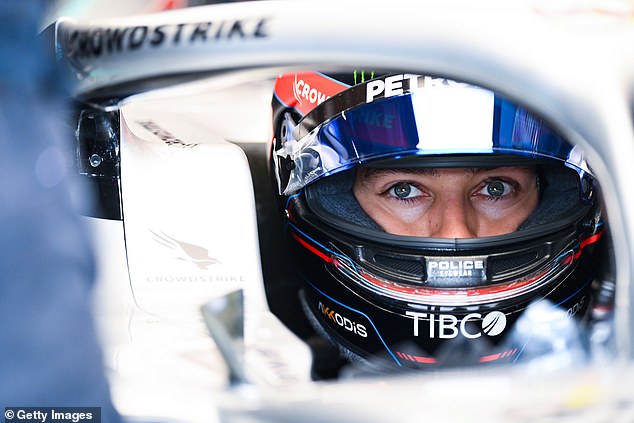 Next up is the British Grand Prix at Silverstone, where Hamilton has won seven times in the last eight years.

‘[It was] a really great pace today,’ the 37-year-old said in Montreal. ‘It’s so nice to see, it’s not always been the case I’ve had with this car so it’s nice to have a bit of a good battle with her today, her or him, whatever you call a car.

‘And I really hope, moving to Silverstone… it’s such an important race for us and for me and so I really hope that… I just want to be in a battle with these guys.

‘At the end there when the Safety Car came in and we started again, I was hoping that I could just… the dream was like if I can keep in that battle with them and find a way but they were rapid. But we will get there eventually.’