George Russell has stated a Formula One title is a realistic aim for Mercedes next season.

Mercedes currently lie third in the constructors’ championship, a distant 249 points behind Red Bull, while Dutch driver Max Verstappen has already comfortably secured the drivers’ title, with 416 points to Russell’s 231.

But the Brit, a team-mate of compatriot and seven-time world champion Lewis Hamilton – who ran Verstappen extremely close last campaign – insists his team can respond positively and challenge for the F1 trophy in 2023. 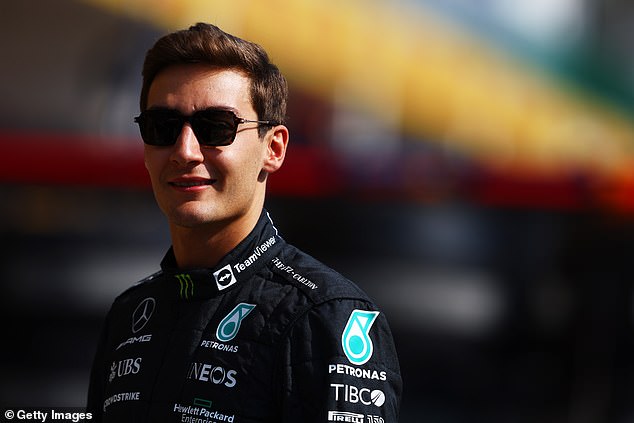 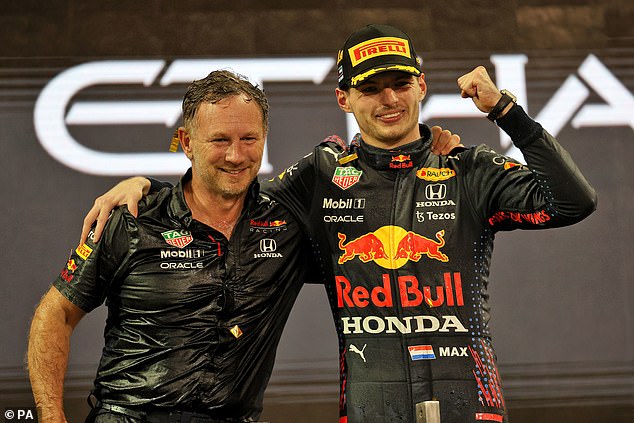 He said: ‘The mindset now is we can definitely fight for the championship next year. If we hit our targets over the winter, we will be in a really competitive place.

‘And even if we don’t start off with the fastest car, I am very confident we will have a car that is a lot closer than this year.

‘You are seeing now how we are managing to close the gap pretty rapidly. It is definitely exciting going into next year and I think there will be a huge amount of motivation within the team. You can see that progress, we all feel it within.’ 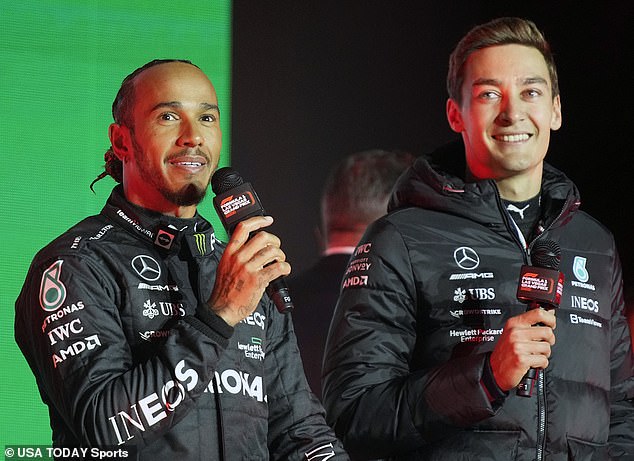 But Russell, team-mate of Lewis Hamilton (left), outlined his team’s confidence for the future

The 24-year-old added that hopes of either he or Hamilton winning the Brazilian Grand Prix on Sunday depended on Verstappen making an error.

Russell, in his first season with Toto Wolff’s team after moving from Williams, has outperformed his more illustrious stable-mate by 15 points in a promising start to his top-level career.

Mercedes have struggled massively this season due to ‘bouncing’, a phenomenon caused by airflow to the car, while Red Bull and other constructors have managed it better.