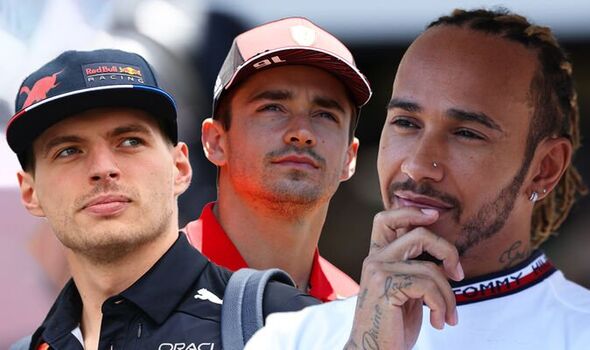 The Formula One freight train has hurtled into Montreal for the Canadian Grand Prix this weekend as the 2022 season enters round nine. Max Verstappen is 21 points clear of Red Bull team-mate Sergio Perez in the Drivers’ Championship courtesy of his victory in Azerbaijan last Sunday as rivals Ferrari suffered a double DNF, dropping Charles Leclerc down the standings.

Mercedes finished third and fourth through George Russell and Lewis Hamilton but only through Ferrari’s misfortune with the Silver Arrows still much slower than their rivals. But ahead of the next race in Canada they have been offered hope of improvement.

That’s because the FIA said on Thursday they will be taking steps to reduce the high-speed bouncing of cars on safety grounds. Mercedes have been arguably the worst-affected team with Russell and Hamilton both struggling with back pain at times, and the Silver Arrows calling for changes.

FIA’s governing body has released a technical directive explaining plans to solve porpoising problems following consultation with doctors “in the interests of safety of the drivers”.

Express Sport will have all the reaction to that decision and more in our F1 news live blog below.

What did the FIA say?

You can read the FIA’s statement, released last night, in full for yourself below…

“A Technical Directive has been issued to give guidance to the teams about the measures the FIA intends to take to tackle the problem. These include:

“1. Closer scrutiny of the planks and skids, both in terms of their design and the observed wear

“2. The definition of a metric, based on the car’s vertical acceleration, that will give a quantitative limit for acceptable level of vertical oscillations. The exact mathematical formula for this metric is still being analysed by the FIA, and the Formula 1 teams have been invited to contribute to this process.

“In addition to these short-term measures, the FIA will convene a technical meeting with the Teams in order to define measures that will reduce the propensity of cars to exhibit such phenomena in the medium term.

“The FIA has decided to intervene following consultation with its doctors in the interests of safety of the drivers. In a sport where the competitors are routinely driving at speeds in excess of 300km/h, it is considered that all of a driver’s concentration needs to be focused on that task and that excessive fatigue or pain experienced by a driver could have significant consequences should it result in a loss of concentration.

“In addition, the FIA has concerns in relation to the immediate physical impact on the health of the drivers, a number of whom have reported back pain following recent events.”

Max Verstappen has taken a dig at rivals Mercedes following FIA’s promise to tackle porpoising, insisting it is not right that F1 change the rules because the Silver Arrows were “moaning”.

“I think it’s a bit disappointing that again there is a rule change mid-season, I would say,” Verstappen told Racer.

“It’s not even about affecting us more or less than other teams, but it shouldn’t be that one team is complaining a lot and suddenly then they change the regs around it.

“I think there are a lot of teams that actually did an amazing job to not have these kind of issues, so it is possible to drive around it.

“If you raise your car then you won’t have these issues, but you lose performance. But if you can’t design the car properly for that then that’s your fault, it’s not the regs’ fault. For me that is a bit of a shame.”

Lewis Hamilton is “as capable as ever” and hasn’t lost any of his spark despite being beaten by George Russell so far this season, Daniel Ricciardo has warned Mercedes’ other driver Russell and the rest of the F1 grid.

The Australian said he “wouldn’t count Hamilton out” and even stressed he could win this weekend at the Canadian Grand Prix, the scene of his first victory 15 years ago.

The McLaren driver told PA: “I definitely think Lewis is as capable as ever. We all knew George was quick, and it was just how quick is he? How good is he? And he is proving he is very good.

“But I also wouldn’t count Lewis out for having the ability to win this weekend for example. I don’t think he has lost anything, no, not at all.”

Ferrari have taunted Max Verstappen, suggesting that Charles Leclerc would have ‘comfortably’ won the Azerbaijan Grand Prix had he not been forced to retire with engine problems.

Leclerc retired on lap 21 when leading Verstappen as smoke poured out of the back of his car. And Ferrari team sporting and strategy director Inaki Rueda said: “Red Bull tried to go as long as possible on the medium tyres but they were dropping a lot.

“The medium tyres had a lot of degradation and Perez lost a lot of time trying to go longer and longer to offset himself to Charles.

“Unfortunately, after 11 laps on the hard tyres, Charles suffered a power unit failure and this cut our race short. Our simulations indicate that had there not been another VSC period, Charles would have won the race comfortably against Verstappen.”

First and foremost, today is day one of the Canadian Grand Prix weekend and we’ll have practice later on.

We’ll be bringing you all the biggest stories in the sport ahead of the Canadian Grand Prix.