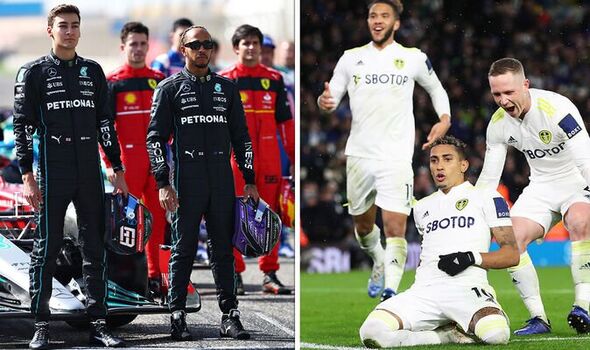 Formula One drivers share a lot of the same athletic characteristics as mixed martial arts’ fighters, according to sports’ scientist Jack Wilson. After an hour working my socks off in a variety of agility, strength and conditioning tests I’m inclined to believe him. So, if your ideal of a racing driver was James Hunt – a slug of whisky and a crafty cigarette before putting on your overalls – then these highly detailed examinations will make you think again.

The names are confidential, here inside Porsche’s high-performance centre at Silverstone, but it’s pretty clear I’m treading in the foosteps of Lewis Hamilton, George Russell & Co.

Only they spend all day completing the same exercises. I’ve had sixty minutes.

It’s only a small room. But within those walls you find out so much about yourself – and these scientists must. After all, milli-seconds matter.

“Why wouldn’t you apply the same logic to the drivers as to the cars?” asks Wilson before adding his own explanation, “mechanics spend days, weeks and months refining every inch of their machines for maximum performance.

“Why wouldn’t you optimise the human element?”

Perhaps you wouldn’t start with someone whose body fat is…well sadly, I mis-placed that vital statistic. Suffice to say that they were above the five to six per cent that new Mercedes star Russell supposedly boasts.

For reference, there were suggestions that former Leeds’ boss Marcelo Bielsa demanded eight per cent body fat before he even would select his players. And those boys were fit.

Tick in the box for the F1 boys.

But it’s not all about nutrition and fitness. How can it be?

If your reaction times are sluggish, you can be beaten when those lights turn green.

A wall test – set up like an arcade game where you push buttons that light up as quickly as you can, measures that ability.

Emma Payne, the other masochist in the room – actually she’s another highly-qualified sports’ scientist – tells me that boxers have the highest reaction times she’s seen.

I’m thinking to myself: ‘That’s out of necessity – move or you get a smack in the mouth.’

But it’s great fun, really. The hosts are charming and explain everything.

A leather head brace is used to measure neck strength. I think I’m doing well, withstanding 3.5G of force. Wilson tells me that when Max Verstappen was shunted into Copse by arch-rival Hamilton last year, he slammed into the tyre wall at approaching 20 times that figure.

Grip tests are interesting. I’m left-handed. My left-hand grips tighter than my right – wash those thoughts out of your head – but in a driver those loads need levelling.

If one is weaker than the other, you only need to take the corner slightly wide towards the end of a gruelling two-hour race in temperatures approaching 40 degrees celsius and, well, you get the picture.

Finally, I’m shown into the heat chamber where there is yet another treadmill. Imagine running in a sauna. Yes, kids, don’t try that at home. Or in the gym. Or anywhere.

My results are given back to me. Along with a sweat test. This tells me how much I perspire.

Drivers can lose over 5kgs in fluids during a race. Dehydration in any athlete causes mistakes. When you’re speeding along at 180 miles per hour you definitely don’t want one of those.

Chris Harris, from Precision Fuel and Hydration, tells me I don’t sweat much. That’s great, I joke that I’m officially a cool guy.

Their products reduce muscle cramping and the tests have helped detect multiple sclerosis. No wonder the globe’s elite athletes, including Premier League outfit Wolves, Tour de France cyclists and US sports’ teams are all clients.

“The label will be on the bottle,” says Harris with another smile, “but it may not be what the drivers are drinking before they get into the cockpit.”

And when they get into that space, it’s thanks to the appliance of science that they really are up to speed.

As for me, I’m going home to get on that treadmill. With a far greater understanding that these drivers really are athletes.

And with my own sodium supplements, too, just so I can maintain the pretence for that little while longer.

* Precision Fuel and Hydration is one of the world’s leading sports’ nutrition brands.