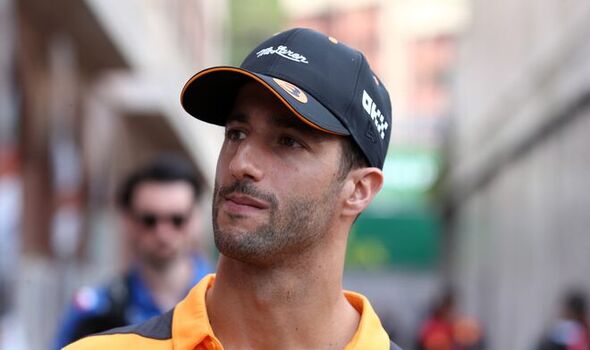 Daniel Ricciardo has reminded critics he’s “not forgotten how to drive” as rumours over his McLaren future continue to escalate. The Australian has endured a terrible start to 2022, with sixth place in his home Grand Prix representing his only points finish from seven races so far.

His latest race weekend in Monaco was also a miserable one, after he lost control of his car and crashed during second practice. ‘The Honey Badger’ would go on to finish 13th in the actual race, leaving him 11th in the drivers’ standings on just 11 points so far.

By comparison, teammate Lando Norris is seventh in 48 points, continuing the theme of 2021 where he out-performed his more experienced teammate. Ricciardo’s struggles have led to speculation from critics over his future, with rumours enhanced following recent comments from McLaren boss Zak Brown.

He admitted to Sky Sports that despite winning in Italy last year, Ricciardo, 32, had underwhelmed since signing from Renault at the end of 2020: “Short of Monza and a few races, it’s generally not kind of met his or our expectations, as far as what we were expecting,” he admitted.

Ricciardo has now hit back at his detractors though, vowing to prove people wrong: “The reality is I’ve not forgotten how to drive in six months, I haven’t lost my competitive edge, it’s just kind of a moment in time that I knew I could come out of,” he told crash.net.

DON’T MISS:
Lewis Hamilton rules out Ferrari move as Brit vows to stay loyal to Mercedes
Sergio Perez ‘a thorn in the side’ for Max Verstappen as gap to champion ‘getting closer’
Fernando Alonso leads salary cap row as he claims F1 milk drivers – ‘We do more and more’

The Perth-born even argued that the criticism was nothing new, following a tricky start to life with the British team in 2021: “Already in April and May [last year] there were articles like ‘he’s lost it’ but six months earlier in 2020 I was regarded as one of the standout drivers of that season,” he added.

Ricciardo’s next chance to turn around his form will come at the Azerbaijan Grand Prix this weekend. He was ninth at the Baku venue last year.