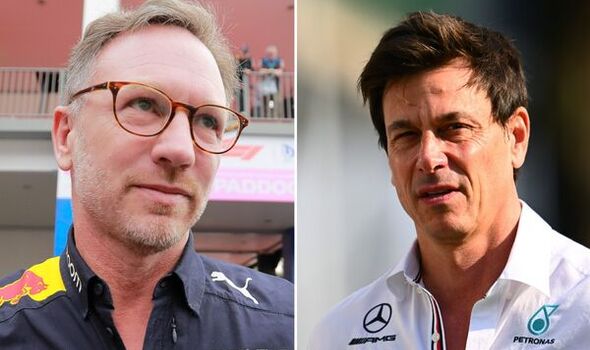 Formula One CEO Stefano Domenicali may end up angering Christian Horner and Toto Wolff after he travelled to Colombia to discuss adding a race there to the sport’s schedule. The two great rivals have both previously spoken out about the length of the F1 calendar and may worry about the impact of another South American race on their Red Bull and Mercedes colleagues.

In 2023 Formula One will have more races than ever before, with 24 events scheduled to be on the calendar. However, it looks like it could grow even further with Domenicali entering negotiations with Colombia about a future Grand Prix, while a return to South Africa has also been widely mooted.

Under the terms of the Concorde Agreement signed in 2020, no more than 25 races can take place within a season, meaning current events would have to drop off if Colombia and South Africa were to join, with Belgium among the most likely. Yet this may not be enough to pacify Wolff and Horner after the team bosses were unhappy with the expanded calendar for next year.

The Austrian argued the change was unsustainable and he claimed that he would no longer travel to all races as a result.

“It is not sustainable for anyone to do 24 races,” the Mercedes Team Principal told the Press Association earlier this year. “The drivers have to, but we start on Monday in the office and go through until the end of the week. We need to find a solution, and I think the race team will skip a few races every year in order to survive.

“There are a few individuals that can take over some of my tasks. Not physically being at the race meeting doesn’t mean that I am not at the race. I have a full intercom setup. There is a race support room at the factory, and I will be part of every single debriefing. I just won’t be there physically.”

Horner was another to voice his unhappiness claiming the changes would take to much of a toll on the teams.

“When you talk about 24 weekends out of 52 in a year, it does feel too much,” he told Sky Sports F1. “I think they are working hard to make the weekends shorter and operationally more bearable for the teams and the travelling staff. It will need that combination, but it’s right on the limit.”

It remains to be seen if any agreement will come from Domenicali’s trip to Colombia but it looks increasingly likely that the CEO is on a collision course with those within the paddock as he seeks to extend the calendar even further.