F1 preview: A lap of the Austrian Grand Prix

Carlos Sainz has been forced out of the Austrian Grand Prix as his Ferrari was engulfed in flames. Sainz’s car suddenly slowed on the exit of turn three with smoke billowing from the rear of his Ferrari.

The car came to rest on the outside of turn four but burst into flames moments later. Fire was seen ripping across the bodywork, inches from Sainz who was still in the car frantically waving down fire crews to save the car.

Sainz jumped out of the car unscatted moments later and cut a dejected figure by the side of the track. The Spaniard was hunting down Max Verstappen on fresh tyres and it appeared a second placed finish looked a certainty.

The Ferrari driver vented his frustration on team radio as his car let go on him, screaming: “Engine, engine, no, no, no, no.” 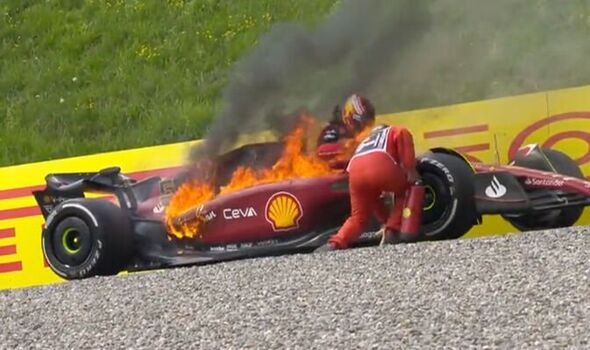 Ferrari responded the computers showed there were no issues but the Monegasque continued to raise suspicions. A lap later, Leclerc added: “What’s happening?! What’s happening with the throttle?”

Ferrari has been plagued by mechanical issues this season with Leclerc being forced out of the Spanish and Azerbaijan Grand Prix with issues. 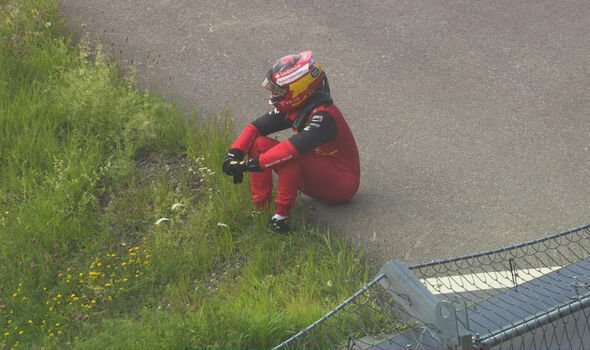 It has allowed Red Bull to chase down the Scuderia’s early season advantage with Verstappen now enjoying a commanding championship lead.