Leclerc, denied victory on home soil in Monaco a fortnight ago when his team were caught flat-footed in the wet-dry conditions, edged out Sergio Perez in Baku.

Fresh from winning in Monte Carlo, and penning a new contract which will see him remain in Red Bull colours until 2024, Perez was quickest in the opening running of the weekend. 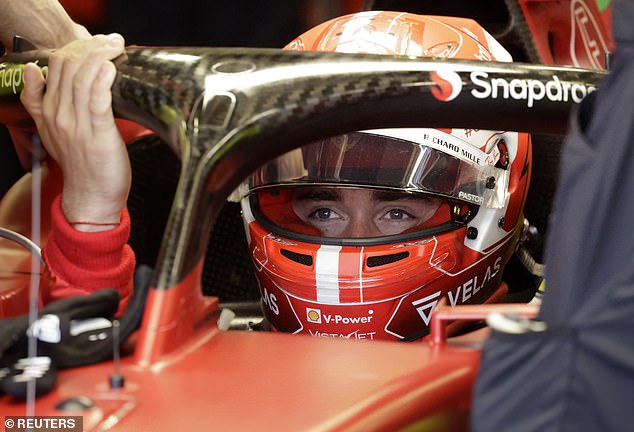 But the Mexican was gazumped by Leclerc later in the day, trailing the Ferrari man by a quarter-of-a-second.

Ferrari and Red Bull continue to be the top of the Formula One class with world champion Max Verstappen third in the order, three tenths back.

Double world champion Fernando Alonso finished fourth for Alpine, albeit almost a second slower than Leclerc, with Carlos Sainz fifth in the other scarlet car. 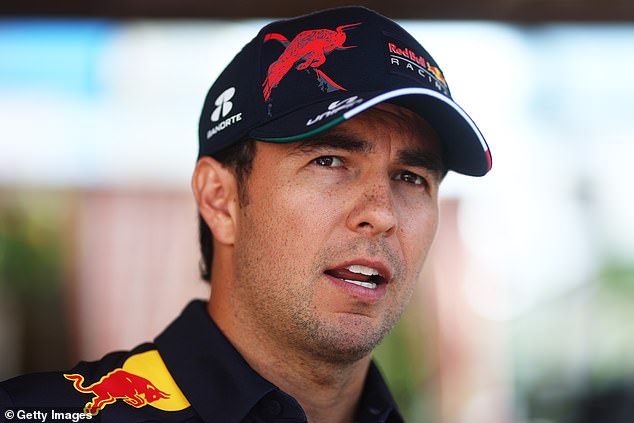 Hamilton heads into Sunday’s Azerbaijan GP – the eighth round of 22 this season – already 75 points behind Verstappen, the equivalent of three victories.

And his Mercedes team continue to combat the porpoising problems which have wreaked havoc on their campaign as both Hamilton and team-mate George Russell suffered from heavy bouncing on Friday.

At one point in the first session, Hamilton’s race engineer Peter Bonnington advised his driver to be wary of crossing the pit-entry line when he completed a lap. 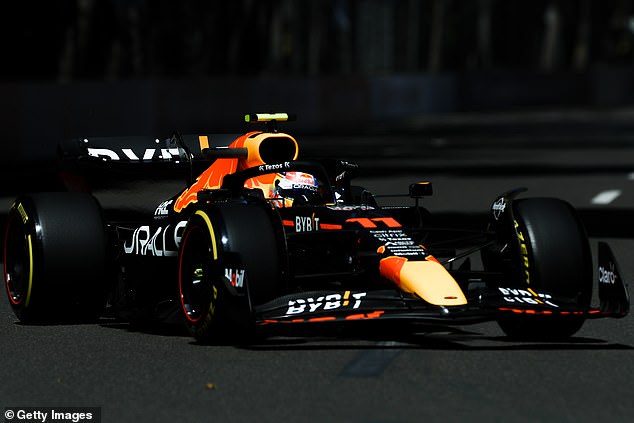 A frustrated Hamilton replied: ‘It is so bumpy, I couldn’t see the line.’

Russell, who has finished ahead of Hamilton at every round bar the season-opening Bahrain Grand Prix to move 34 points clear of his team-mate in the standings, finished seventh, 1.3 sec off the pace.

Verstappen leads Leclerc by nine points at the top of the championship, but the Dutchman complained of understeer throughout practice and lost control of his Red Bull at the end of the opening session. 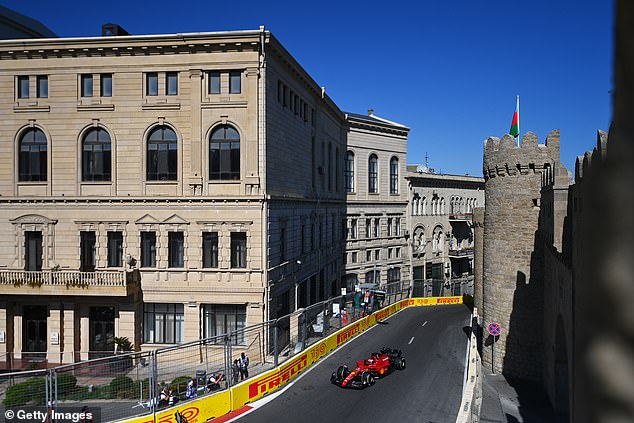 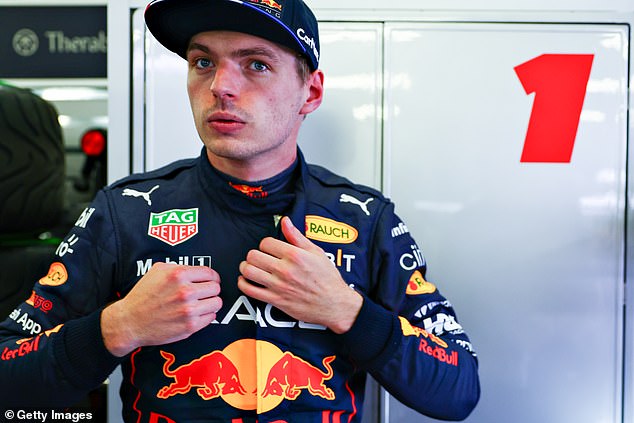 Verstappen spun at Turn 15 but crucially avoided contact with the barriers before returning to his garage.

In the concluding action of the day, Verstappen had to slow down when he was on a speedy lap after Perez spun at the opening bend. Leclerc also took an off-track detour when he lost control of his Ferrari at the seventh bend. Both drivers escaped damage.

British driver Lando Norris, fully recovered from the tonsillitis which affected him at the recent rounds in Spain and Monaco, finished 10th for McLaren, four places ahead of under-pressure team-mate Daniel Ricciardo. 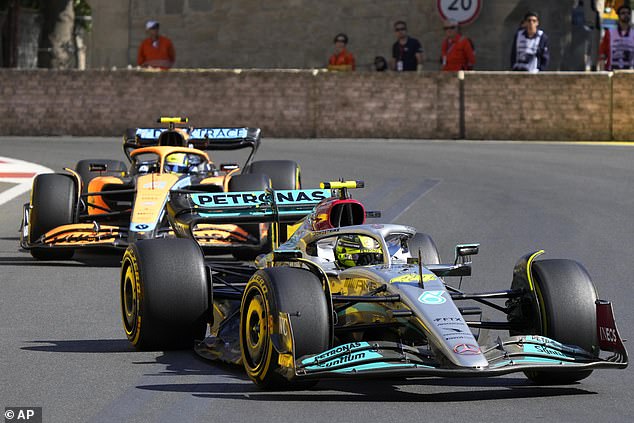 Lewis Hamilton found himself all the way down in 12th, sounding visibly frustrated at his fate