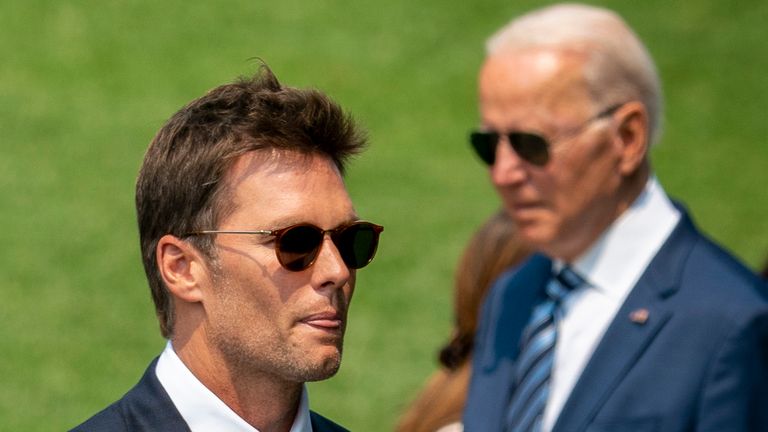 The White House welcomed the Super Bowl champion Tampa Bay Buccaneers for a visit with President Joe Biden on Tuesday.

It marked the first visit by an NFL team to the White House since 2017.

Then-President Donald Trump revoked the Philadelphia Eagles’ invitation in 2018, the New England Patriots chose not to attend in 2019 and the Kansas City Chiefs never made it to Washington D.C. in 2020 during the COVID-19 pandemic.

It also represented seven-time Super Bowl champion Tom Brady’s first visit to the White House since 2005. He skipped the Patriots’ trips in 2015 and 2017, the former while Barack Obama was in office and the latter with Trump. 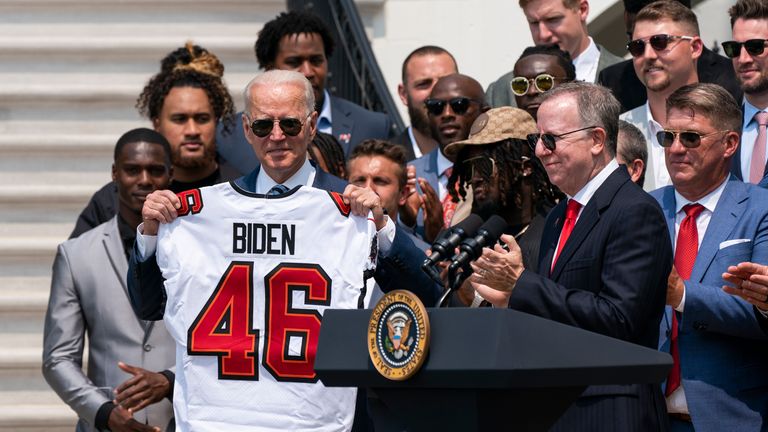 Brady, who has described Trump as a “good friend” but has tried to avoid revealing his political alignment, joked with President Biden during Tuesday’s visit about Biden defeating Trump in the 2020 election.

“Not a lot of people think that we could’ve won. In fact, I think about 40 per cent of the people still don’t think we won,” Brady said, a reference to some Republicans’ efforts to investigate voter fraud and even overturn the election result.

“I understand that,” Biden interjected.

The Buccaneers won their second Super Bowl in franchise history the same season they added Brady, 43, who entered free agency after 20 seasons with New England. Brady will be 44 when he leads the Bucs into the 2021 season.