Tyrod Taylor is suing Gazzaniga for medical malpractice saying his treatment for a rib injury that allegedly led to a punctured lung and is seeking at least $5million in damages.

Taylor says he suffered the lung puncture when Gazzaniga tried to administer a pain-killer injection to the rib area. His lawyers also allege Gazzaniga’s ‘negligence, carelessness and other tortious, unlawful and wrong acts’ led to Taylor losing his starting spot with the Chargers.

In the suit, Taylor says he suffered, ‘severe physical pain resulting in hospitalization, physical therapy, emotional distress and other past pain and suffering.’

Gazzaniga is also being accused of ‘medical battery’ in the lawsuit, with Taylor’s lawyers saying he, ‘did not have proper and accurate informed consent prior to the anesthetic injections.’

Taylor hit free agency after the 2020 season, but with the injury, the now-33-year-old did so as a backup – rather than a starter. 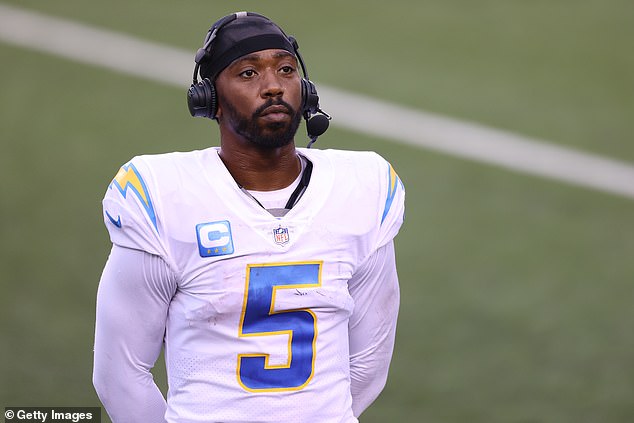 ‘The economic difference between a starting quarterback’s salary and a back-up quarterback salary is at least $5,000,000 and is more than likely much greater,’ the lawsuit read.

‘The exact amount of such past and future loss is unknown to [Taylor] at this time, and he will ask leave of this Court for permission to amend this Complaint to set forth the total amount when ascertained.’

Following the 2020 season, Taylor signed as a starter with the Houston Texans on a 1-year, $12.5m deal. Another injury – this time to his hamstring – saw him miss six games. After returning and starting four more games, the Texans looked to their rookie QB Davis Mills to start for the rest of the year.

He signed with the Giants this past offseason on a 2-year, $17m deal with $8.5m guaranteed. 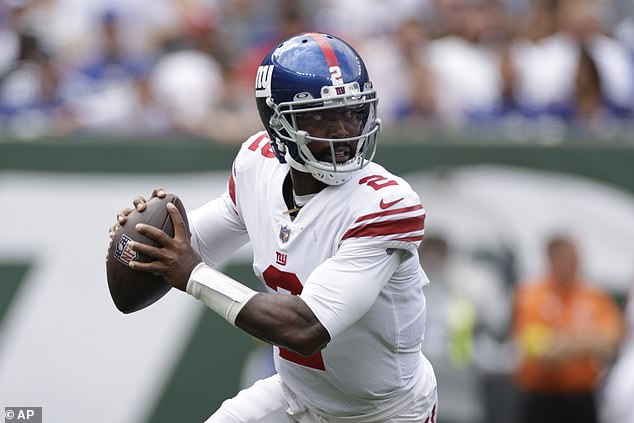 Taylor left the Chargers in 2020, playing in Houston last year, and is currently with the Giants

However, he re-aggravated an old rib injury in Week 2 of the 2020 season against the Chiefs. The incident occurred during warmups, with then-coach Anthony Lynn saying Taylor was taken to a hospital with difficulty breathing.

That injury led to the debut of then-rookie QB Justin Herbert, who completed 22 passes for 311 yards, a passing touchdown, a rushing touchdown and an interception in his NFL debut. 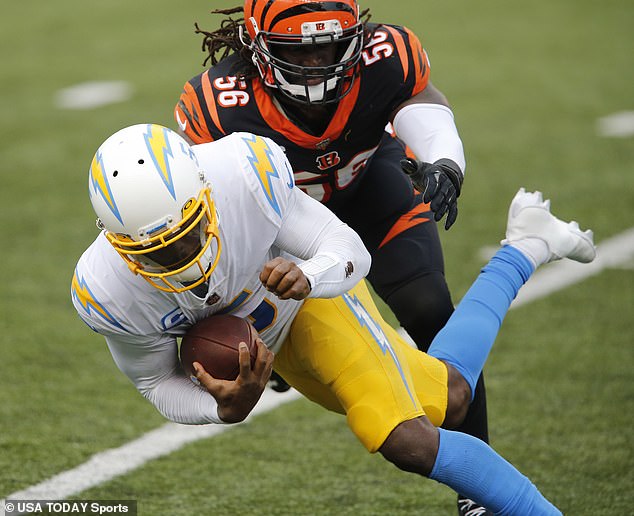 This performance gave Herbert the starting spot and Taylor never played another snap for the Chargers.

Gazzaniga is currently treating a rib injury for the current Chargers quarterback, after Herbert fractured his rib cartilage on Thursday night’s game against the Chiefs.

DailyMail.com has reached out to Newport Orthopedic Institute and contacted them for comment.