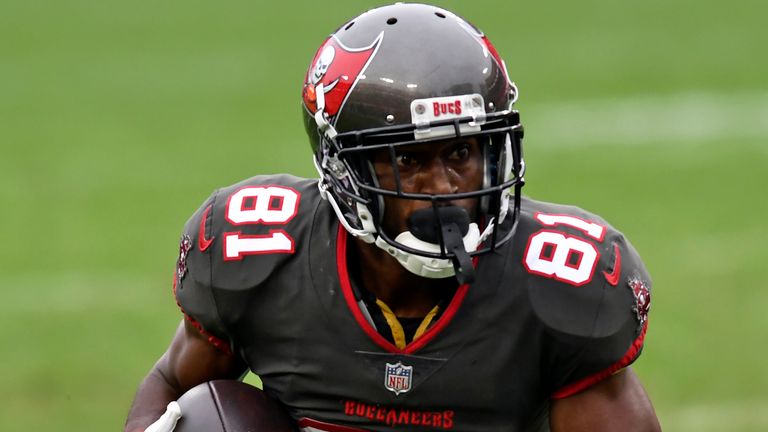 Wide receiver Antonio Brown passed his physical and officially signed on for a second season with the Tampa Bay Buccaneers on Tuesday.

Brown, a seven-time Pro Bowler, agreed to a one-year deal worth up to $6.25 million with $3.1 million fully guaranteed and a $2 million signing bonus. The deal had been on hold until he passed his physical.

The 32-year-old played in eight games for the Bucs during the 2020 regular season, catching 45 passes for 483 yards and four touchdowns.

A knee injury in the playoffs kept him out of the NFC Championship Game, but he returned to catch five passes for 22 yards and a touchdown in the 31-9 Super Bowl victory over the Kansas City Chiefs.

The Bucs have also added cornerback Dee Delaney, who has been out of the league since March 2020 after being released by Washington.

For updates on the NFL season, be sure to follow along at skysports.com/nfl and on Twitter @SkySportsNFL.