UFC president Dana White brands boxing ‘a broken business’ and makes U-turn over move into the sport, claiming it ‘would be an absolute nightmare to fix’

UFC president Dana White has distanced himself from a future move into boxing promotion and called the sport ‘a broken business’.

The 52-year-old has previously spoken of his desire to work concurrently with the world-leading MMA organisation and build a boxing arm of the company.

But White has made a U-turn, admitting that boxing is riddled with governance issues that he could do without. 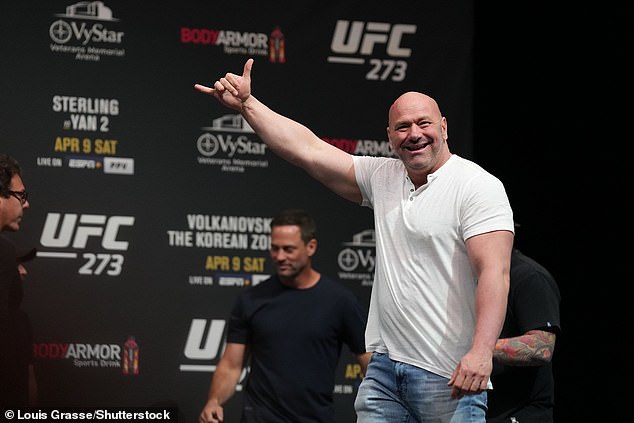 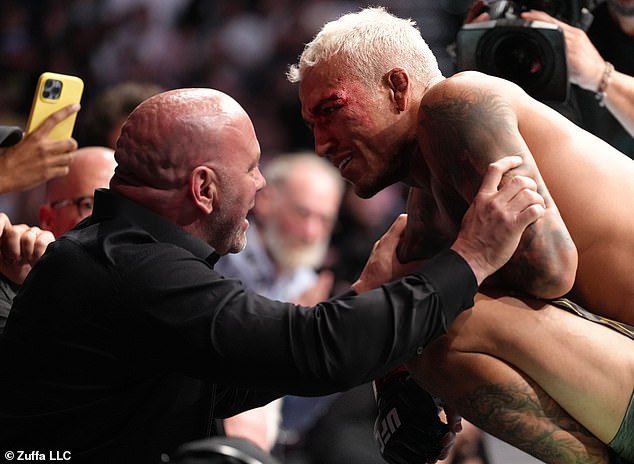 He told Blockasset’s BLOCK Party: ‘Every time I try to think about doing something with boxing, I go: “Why would I want to do this to myself?”

‘You know what I mean? Why would I even want to dive into this nightmare?

‘That’s why I haven’t really done anything. It’s a broken business that is an absolute nightmare to try to fix.’

White has overseen the growth of the UFC from a marginalised company on the brink of bankruptcy to a multi-billion pound business spearheading MMA’s incredible growth.

He previously talked up the chances of adding a boxing arm to his promotional activities but with so many governing bodies and conflicting interests, it seems he has been deterred.

The UFC have a tight stranglehold on the MMA market that affords them ultimate control over issues such as fighter pay, contracts and marketing.

One example would be their fighter apparel deal with Reebok and then Venom, which all fighters are made to wear.

In boxing, there are often frustrations with the numerous belts, governing bodies and opaque nature of making fights. 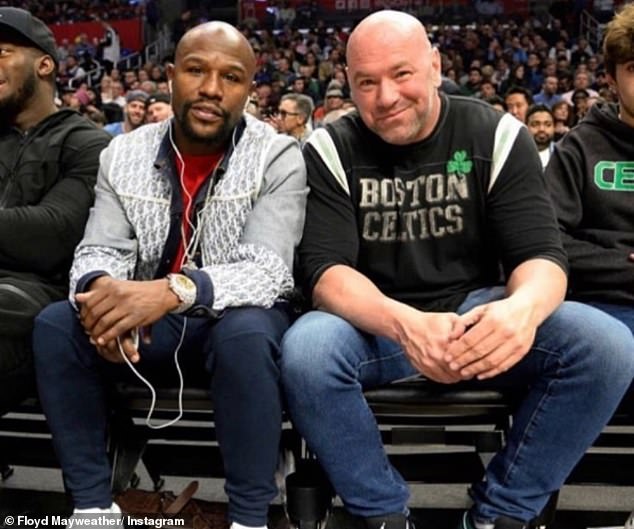 The UFC’s raison raison d’etre is to put in the best fighters against closely matched opposition, whereas most contests in the squared circle are designed to raise the profile of one contender while building the record.

Last December White told the Teddy Atlas Podcast: ‘The sport is such a mess, it’s literally a mess and to pull it off you have to actually get in there and clean it up.

‘I’ve been working on this for years and I don’t know, we’ll see what happens.

‘My goal has always been to build this sport [MMA] into the biggest sport in the world,’ the UFC boss explained.

‘But that’s never been the goal of boxing – every time they put on a fight it’s like a ‘going out of business’ sale, they’re asking how much money can they steal from everybody. 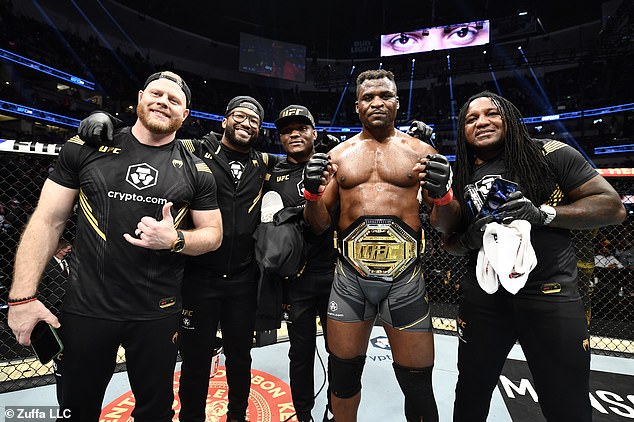 He added: ‘Every time you turn off the TV you’re p***ed off that you stayed home on Saturday and watched the fight, you wished you did something else.

‘You don’t even care if the fans are happy with the product, they don’t care because that guy isn’t going to fight for another year again anyway.

‘Then everyone will forget how s****y this fight was and they’ll buy the next one.’

Before White became UFC president, he cut his teeth in the fight game by representing boxers in Boston and has always been a huge fan of the sport.

Of course, he did permit Conor McGregor a leave of absence while co-promoting the Irishman’s 2017 bout with Floyd Mayweather and has been pictured with the American, teasing a move into the business with him. 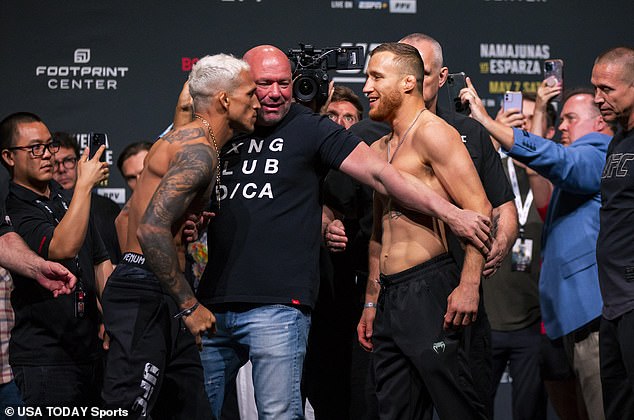 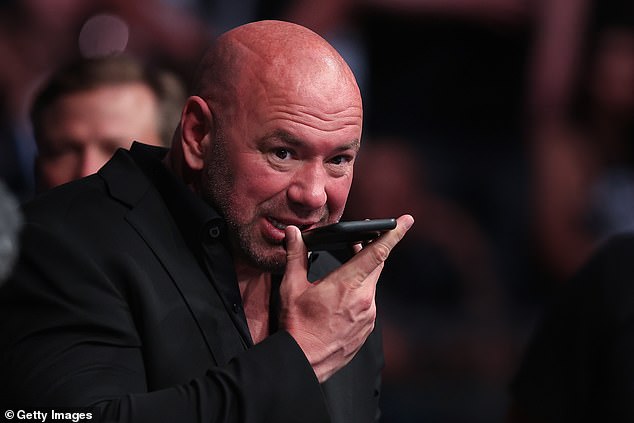 McGregor was said to have banked £100m from the Mayweather fight but the move opened a can of worms for White, who has to deal with his top stars desperately pursuing cross-over fights.

Francis Ngannou wants to step in against Tyson Fury and looks set to leave the organisation if he’s not granted permission. And pound-for-pound No 1 Kamaru Usman is trying to persuade Canelo Alvarez to lock horns.

Earlier this month, White made his feelings on cross-over bouts crystal clear. He said: ‘They are f***ing stupid, that’s why. F***ing waste of time, energy, and money. I mean, listen, I don’t know. It’s silly, but I get it. 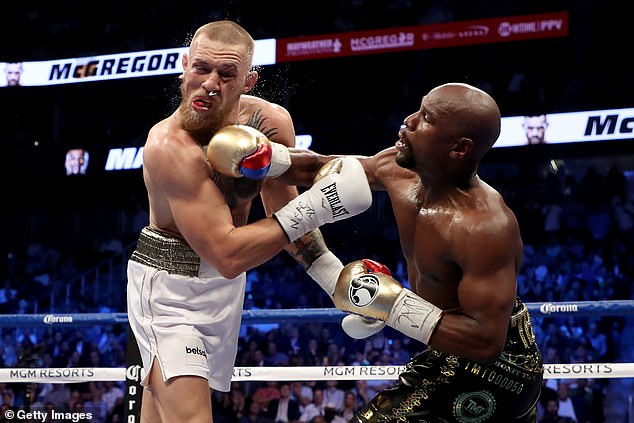 ‘They’ve been talking about it and everything,’ White continued. ‘I mean, guys, Fury is the best boxer, one of the greatest boxers of all time. I mean, you look at the guys he’s beaten and how easily he’s beating them.

Perhaps there is no real surprise that White’s interest has cooled for the time being, particularly while the UFC goes from strength to strength under his stewardship.