Royal Ascot week reaches the halfway point on Thursday, with Frankie Dettori and Stradivarius taking centre stage in their bid for a fourth consecutive Gold Cup.

The two-year-olds get us underway on day three with the Group Two Norfolk Stakes (2.30), headed by two exciting sprinters for Wesley Ward’s team of American raiders in Lucci and Nakatomi.

Having missed the Epsom Derby due to the ground, William Haggas sends Mohaafeth to the Hampton Court Stakes (3.05) to take on Charlie Appleby pair One Ruler and Secret Protector, among others.

Another who side-stepped Epsom is Noon Star. Sir Michael Stoute, Royal Ascot’s leading trainer of those still in operation, has his filly in the Ribblesdale Stakes (3.40).

Then, it is all eyes on Stradivarius and Dettori as the pair line up once more to defend their Gold Cup (4.15) crown, with Mark Johnston’s Subjectivist and Alan King’s Trueshan looking the main dangers. 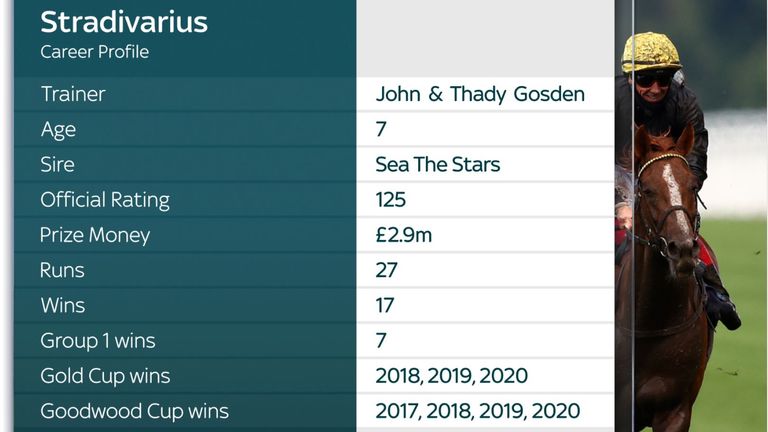 Boardman has been on a roll since joining Tim Easterby, having won his last three and in his current form he should be hard to beat in the Buckingham Palace Stakes (6.10).

He won at Chester at the end of last month over seven-and-a-half furlongs beating Ejtilaab, who has subsequently franked the form at Epsom.

There are heavy rain showers forecasted but providing Ascot does not get too much rain and the ground is still reasonably good, Mohaafeth will take all the beating in the Hampton Court Stakes (3.05).

He missed the Derby because of the unseasonably soft ground but hopefully conditions will not deteriorate so much for this horse, who was fancied for Epsom before his withdrawal.

In the first on day three, the Norfolk Stakes (2.30), is a very interesting runner in Perfect Power for Richard Fahey. He is out of Ardad, who leads the way for first-season sires with 13 wins from 10 runners, including this Hamilton victor.

Although beaten on his debut at Newcastle, that may well have been a blessing in disguise as he seemed to have learned plenty when winning easily in Scotland.

It is always worth noting when Sir Mark Prescott sends a runner to Royal Ascot and Royal Pleasure could be well named as he makes a switch to the Berkshire turf in the Britannia Stakes (5.00).

This unexposed son of Kingman is well-bred, should appreciate the pace of a big field handicap and should have more to come.

Then it is time for the action as host Alex Hammond presents live coverage of every race from 2.30pm, alongside Freddy Tylicki, Hayley Moore, Mick Fitzgerald and special guests!

Also, you can follow all the action across our digital platforms with a daily live blog, features and interviews.