Johnson, 43, announced his unexpected decision after his final ride on Brother Tedd at Newton Abbot on Saturday.

He said: “After nearly 30 years in the saddle, the time has come for me to retire.

“I have been so extraordinarily lucky to have ridden so many wonderful horses, and for so many incredible trainers and owners.

“It was particularly important to me to finish on one for (trainer) Philip and Sarah Hobbs – who, like Henry Daly, have supported me for over 20 years. I’ll never be able to articulate what their loyalty has meant to me.”

Johnson will go down as an all-time great of the sport, having won a string of top races, including two Cheltenham Gold Cups, a Queen Mother Champion Chase, and a Champion Hurdle.

Johnson has enjoyed a long association with Hobbs and the trainer paid tribute to the rider following his announcement. 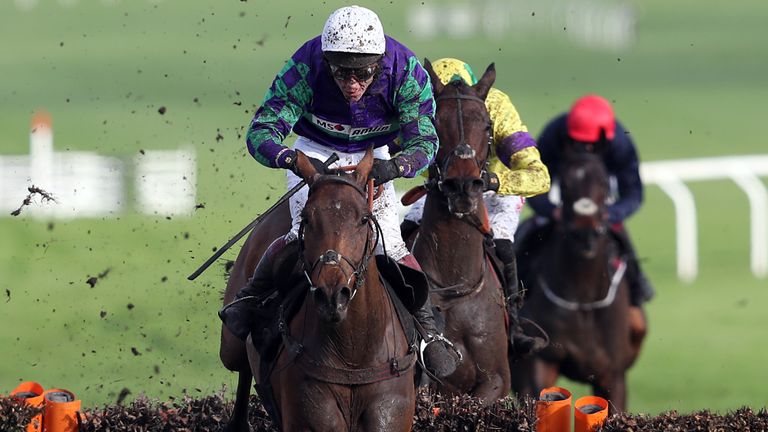 “He’s been a part of my life for a long time,” Hobbs told At The Races.

“He’s been an amazing role model. You could never get anybody better for future jockeys to see what they need to do as far as the riding side, how to conduct yourself and everything that is needed to be a good jockey.

“It was only the last few days [that I had an inkling Johnson might retire]. Obviously, it had to happen someday, but at least he’s sound and in one piece, it’s a good time to get out.

“There is absolutely no side to him whatsoever, you never had an issue with him and that is phenomenal really.”

“There’s been once or twice he hasn’t ridden a horse that I thought he should have done and that would be it.”