Frankie Dettori described Inspiral as a true champion after she bounced back from her only career defeat to win the Prix Jacques le Marois at Deauville.

The filly, trained by John and Thady Gosden, gave Dettori a record seventh win in one of the most important mile races run in France as well as his fourth success in the last six runnings of the Group One contest.

Leading well over a furlong out, Inspiral always looked like holding on but the winning margin was eroded to a neck by David Simcock-trained Light Infantry. 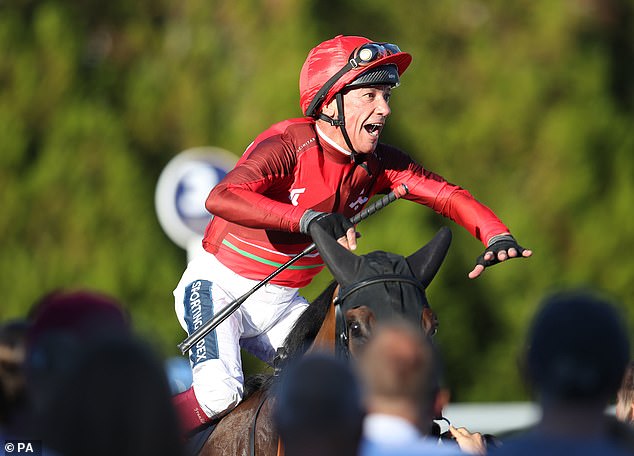 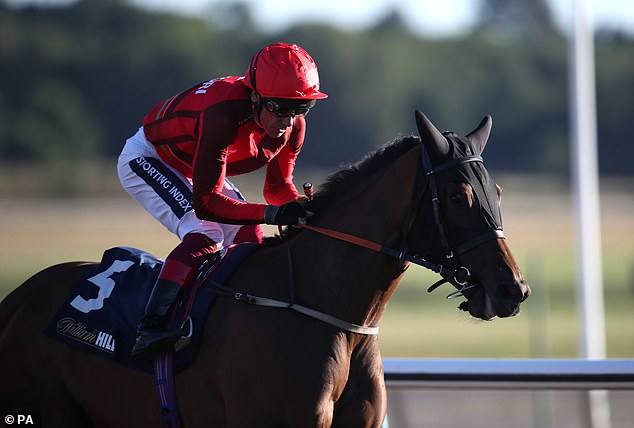 Having also romped home in the Coronation Stakes at Royal Ascot — Dettori’s only win at the meeting — Inspiral has now provided the Italian with both of his European Group One wins in what has been a rocky season for the 51-year-old.

That included a defeat on Inspiral at 1-7 in the Falmouth Stakes at Newmarket which came after Dettori and the Gosdens went through a temporary split.

Dettori said: ‘We were scratching our heads after Newmarket after an amazing performance in the Coronation. Today, taking on older horses, she showed she’s a true champion.’

Disappointment of the race was Charlie Appleby-trained favourite Coroebus. The winner of the 2,000 Guineas and St James’s Palace Stakes could only finish fifth of the nine runners.